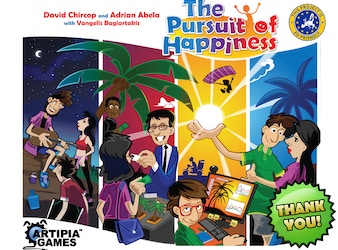 Take The Game of Life. Now make it not suck. This is the sales pitch for The Pursuit of Happiness, which is now on Kickstarter. From what I’ve seen, this looks like it could be a real winner.

To be fair, I’ve had some good times with Life. I love the concept of playing through a life from beginning to end, though I do have some key problems with it. For one, the game is heavily luck-based, with very few (if any) meaningful decisions spread throughout. Also, the primary measure of success in that game is money. While that may be true for some, I think most would disagree with that sentiment.

The Pursuit of Happiness thoughtfully addresses both of those failings. For one, it’s designed to play like worker placement game. With your workers in this case representing a unit of time, players will need to manage time wisely in order to achieve their goals, which could be anything from being successful at your career, to raising a family, or even just owning a hot tub. With the element of luck largely removed, there’s a level of engagement that makes this game far more interesting. 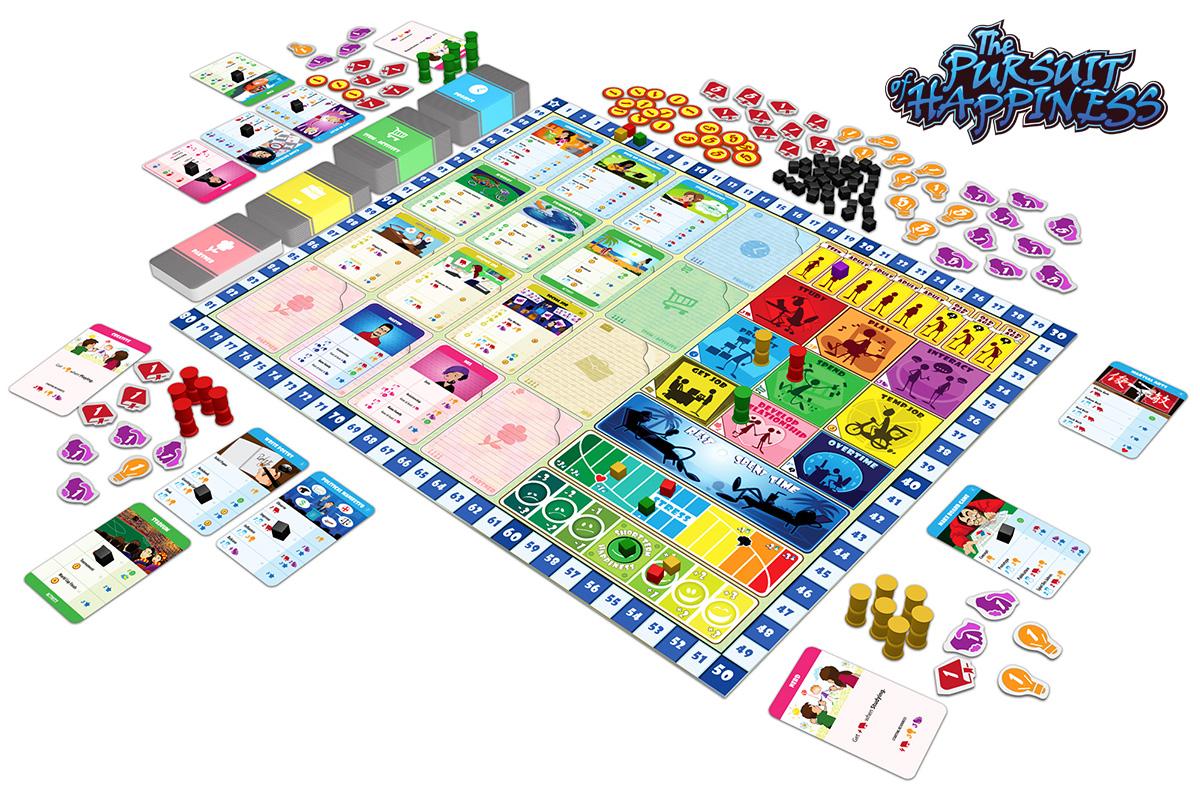 The other solve comes from the game’s scoring system. Instead of money, players are measured based on their long-term happiness. Besides being a better message to spread, the concept of earning long-term happiness points appears to be intelligently woven into the design.

If this sounds like a game you’d want to play, head over to their Kickstarter and purchase a copy today. Or, you can wait till May of 2016, which is when the game is expected to ship to retailers. If it weren’t for the Canadian to US exchange rate, I would back it right now. Instead, I will anxiously await until I can pick this up at my local game store.