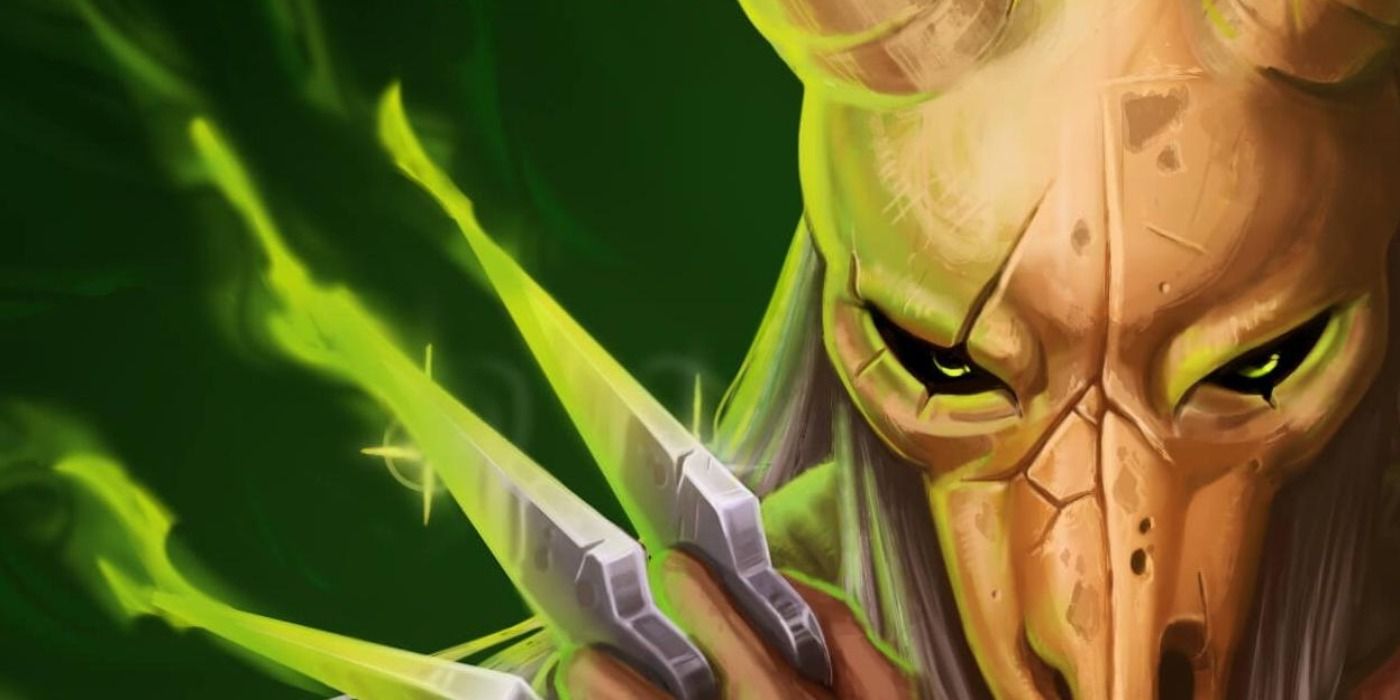 After completing Slay the Spire with The Ironclad, I turned my attention to The Silent. While The Silent is capable of melting her foes, it’s going to take more setup on the player’s part to create those devastating combinations. Though I’ve gotten to the final battle a few times, the climb to the top has been much tougher for me with The Silent than The Ironclad.

Now that I’ve finally climbed to the top with The Silent, thought I’d share some of my favourite cards from her deck!

[NOTE: I’m far from a top-tier Slay the Spire player. If you’re looking for that level of analysis, you may be better suited elsewhere. However, if you’re curious about my approach during this early stage of my career, carry on!] 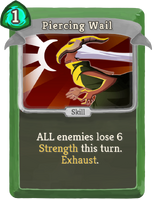 Between having lower health and needing more effort to get her offense going, defense feels like something that can slip by the wayside for The Silent until she’s staring down a massive attack with no good ways to stop it. Piercing Wail can be a real life saver, as it can take the sting off of all incoming attacks for a turn while only costing 1 energy. 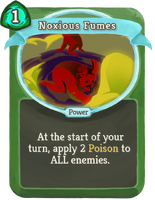 Poison can be one of The Silent’s most effective tools. However, I feel like you really need to focus your deck around that status effect if you really want the poison to work its best. Noxious Fumes may not give you a massive burst of poison, but a steady dose of poison to all enemies can really add up. 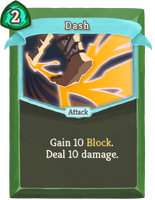 One of the few cards that The Silent has that works as a defensive and offensive option. Put it down for a quick 10 block and 10 damage. When upgraded, up both of those values to 13! 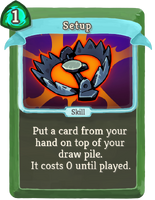 Setup is one of my favourite cards. At the cost of 1 energy, you can put a high-cost card on layaway and use it later for free. Paired with a card that allows you to draw more cards, you can then get that powerful card back into your hand for free! This allows for killer cards like Bullet Time and Wraith Form to be used more frequently. 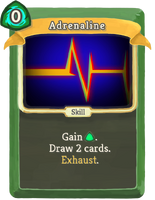 Drawing cards is another key facet of The Silent’s gameplay. Though this card can only be used once per battle, it gives you an extra two cards and 1 additional energy, which can make all of the difference in any given moment. I always try and grab this one when it’s available! 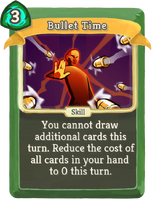 Bullet Time is one of the craziest cards in the game that I’ve seen so far. 3 energy is a lot, but it allows you to play every card in your hand for 0 energy afterwards. If you have this card and you’ve built a deck focused around drawing more cards, you can basically build a fortress and drop a nuke at the same time. 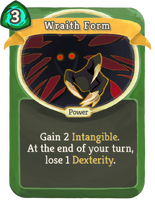 The ultimate defensive stopper, Wraith Form nerfs every incoming attack to 1 damage each for two turns. If you’re lucky enough to score this rare card, it will make a dramatic difference in your performance, especially against elites and bosses. Though you lose 1 Dexterity, the amount of damage you block by using Wraith Form makes it worthwhile.