One of the most no-brainer choices for this, Super Mario Kart revolutionized racing games. I think that its been surpassed by others in the series, but the original is still a treat to go back to.

I remember this one fondly for its battle mode. We didn’t have the multi-tap, so we only played two-player battle mode. However, it was a blast (sorry). I know there were three in the Super Bomberman series, but this is the only one I played. If we could somehow incorporate a multi-tap into the SNES Classic, this would be perfect. 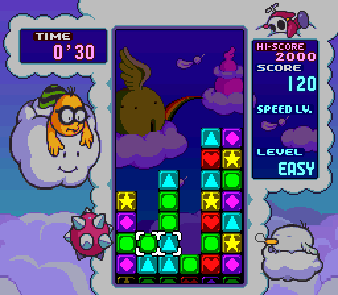 Hands-down my favourite puzzle game. It’s come back in many forms, such as Pokemon Puzzle League on the Nintendo 64 or Planet Puzzle League on the DS, but Tetris Attack on the Super Nintendo was the first and my favourite take on this brilliant puzzler. My brother and I will battle each other in this till the end of time, as its versus mode is perfect. Even the slowdown that occurred as things got too frenetic just made the game better, as it gave you a bit more time to think while acting as a sort of reminder of how awesome you are. Due to licensing, my gut says that its inclusion on a real SNES Classic is unlikely, but this is one that I will fight for if there’s a fight to be had to get it in there.

Come back soon for part 7!