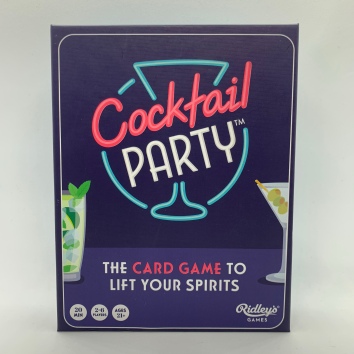 Confession: I don’t drink alcoholic beverages. Never have. At this rate, I may never take a sip. Though I take no issue with others doing so, I’ve chosen not to for personal reasons.

But for personal reasons, I also chose to buy and play the Cocktail Party card game. From what I could glean from the back of the box, it seemed to play like a number of other games I’ve enjoyed in the past. Didn’t hurt that it was also dirt cheap at HomeSense. Will this game lift up your spirits?

Cocktail Party is a set collection game where players collect ingredients to create well-known mixed drinks. There are 14 dinks in total to create, each which require their own unique blend of ingredients. Of course, more complicated drinks will net you more points. The first player to reach 25 points wins.

During each round, a tableau of cocktail and ingredient cards are placed at the centre of the table. Starting with the player who is deemed bartender for the round, they have the opportunity to draft one ingredient card or reserve one cocktail card. Afterwards, each player will draw one of the remaining ingredient cards. 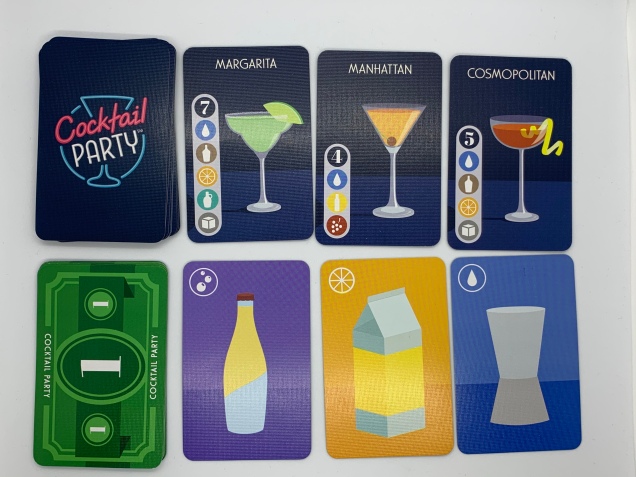 Then play moves to the cocktail phase. Starting with the bartender, players fan mix their cards together to create one of the drinks on the table and claim the points from it. Other players can also create drinks, but they must tip the bartender by giving them an ingredient card from their hand. The bartender places the ingredient card face-down, which counts the card as one point. After each player gets the opportunity to mix a drink, the round ends, the table is reset, and the next player over becomes the bartender. Play continues until someone hits 25 points.

Its core set collection mechanic is far from original, but it works. Tensions certainly rise as players jockey for cards to complete their sets. With cocktail values varying wildly, you need to make some judgment calls on when to take cheap cards for quick points or save up for some of the higher-scoring drinks. 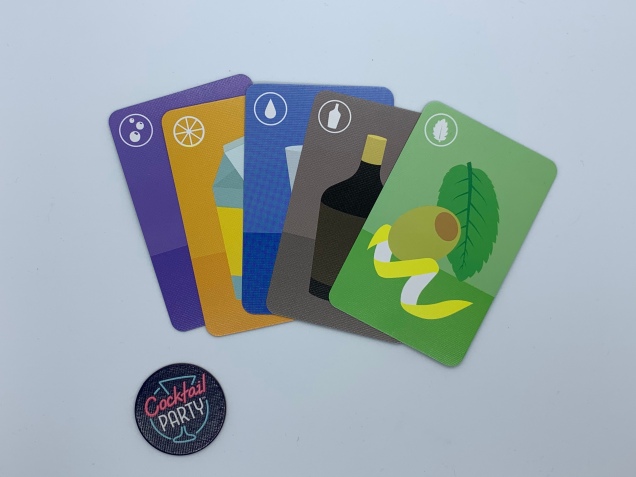 Does it feel like mixing drinks at a bar? I don’t think so? The tipping mechanic is a bit weird, as the non-bartender cashing in ingredients is technically tipping the bartender for a drink they’re making themselves. But I guess if you think about the player ordering a drink from the bartender that uses those ingredients, the tipping part makes sense.

Whether it makes sense or not, it does give you an extra consideration to make. Odds are, you’ll have to make drinks when you’re not the bartender. But doing so will also give your opponent a drink and possibly win the game. Knowing when to make drinks can help you gain the advantage without helping others too much. 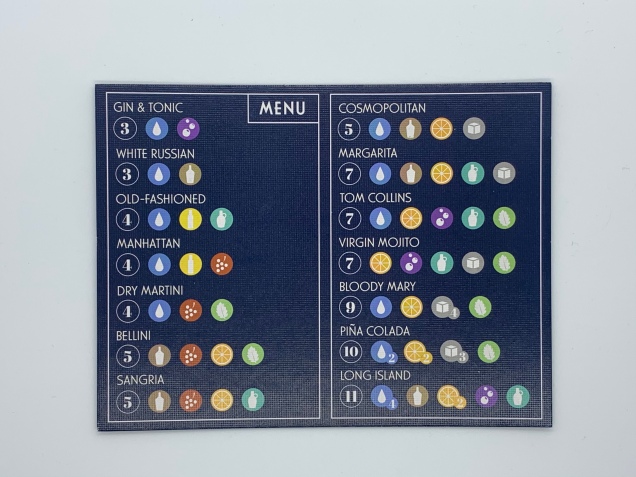 Cocktail Party does not reinvent the wheel when it comes to card games, but that doesn’t make it bad. It’s mechanically-sound, easy for anyone to play, and its theme might win over your family and friends who may not be into modern tabletop games. Might even be a decent alternative to a traditional drinking game? Even if there’s no drinking involved, I’d sit down at the table to play this with you. 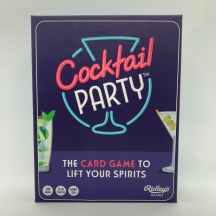