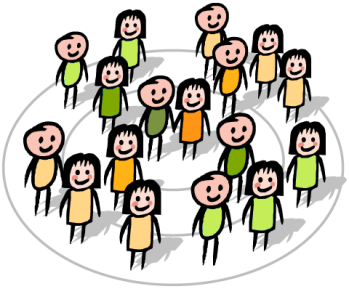 Playing board games at my family gatherings is hard. With so many cousins to account for, most of my collection can’t handle player counts to support us all. For moments like this, I turn to a few quality games that shine with many people in the same room.

Set in a dystopian future where a corrupt government rules supreme, you and a group of fellow freedom fighters attempt to overthrow them in a series of missions. The problem is that government spies have infiltrated your group and are attempting to dismantle you from the inside. The first faction to win three out of five missions wins the game.

This one works really well in large groups. It’s easy to to teach or learn while being very thrilling from the outset. Over the course of the game, the intrigue surrounding each event will rise until a victor is ultimately declared. For the drama it creates each time you play it, this is a must-have for big parties.

Buy The Resistance Now From Amazon.com

Caught in a wild shootout, players fire wildly at each other in an attempt to make it out alive. The problem is, as bullets fly in all directions, players don’t really know if they’re shooting at friends or foes. This is the setup for Bang!: The Dice Game, one of my favourite games to play with a large group.

Before play begins, each player is assigned one of four roles: sheriff, deputy, outlaw or renegade. These roles are kept secret until you die. Your objective will vary based on the role you have. As a sheriff or deputy, you want all of the outlaws and renegades killed before the sheriff dies. As an outlaw, you win by killing the sheriff. As the lone renegade, you only win if you’re the last person standing.

Besides supporting a large player count, Bang!: The Dice Game is fun from beginning to end. As players die off, it’s cool to see who they were and try to piece together which roles are still left in the fight. The game is also one that is very quick to play. After you’ve completed your first match, it’s hard to say no to another game.

Geek Out! Pop Culture Party challenges players to flex their muscles on all things related to film, television, books, music and more. Unlike a traditional trivia game, players are challenged to “out-geek” each other by providing as many answers as they can to more open-ended questions. For instance, how many Taylor Swift songs can you name? In my case, the answer is too many.

There are many reasons why this game works so well. By breaking players into teams, you can have virtually any number of players participate. With the subject matter being very mainstream, just about anyone can contribute to scoring points. Best of all, since each challenge doesn’t have a fixed answer, the shelf life of this game is extended greatly. This one has been a hit every time it’s been played with my large groups. If you have a large group of comic book, fantasy, gaming and sci-fi fans, also consider the original Geek Out! for your next party.