The Super Nintendo Classic is launching with a bevy of timeless classics. It will be well worth the suggested retail price upon it’s release in September. However, I couldn’t help but notice a few large omissions from this list. Wish the following games could have made it on the console! 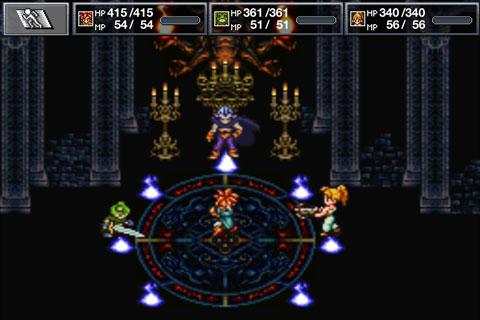 The most glaring omission without question is Chrono Trigger. Often hailed as the best Super Nintendo game and one of the greatest games of all-time, this one is too big to ignore. Did it get dropped due to licensing issues? Due to this collection having enough RPGs? Did it come down to a battle between this or Final Fantasy III? Whatever the reasoning was, its exclusion feels like mistake.

This one is soul-crushing on a personal level. Tetris Attack is my all-time favourite puzzle game. Unfortunately, I figured that it wouldn’t make the cut due to Nintendo no longer having the rights to the Tetris name. What makes me super jealous is that the Super Famicom Classic is getting Panel de Pon, which is basically the unbranded version of Tetris Attack. My fanaticism for this game is so strong that I’m heavily considering the idea of also buying a Super Famicom Classic just for Panel de Pon.

The definitive beat-em-up on the SNES stings, but it shouldn’t come as a surprise. Pretty sure that Konami doesn’t have the Ninja Turtles license anymore, so this one was pretty much out of the question from the get-go. This still would have been an excellent addition to the list.

This is one of the greatest gaming compilations ever. However, it doesn’t surprise me that Super Mario All-Stars was left off. Besides the fact that 3/4 of these games appear in some form on the NES Classic, it’s kind of cheating to have four games take up one slot in the SNES Classic lineup.