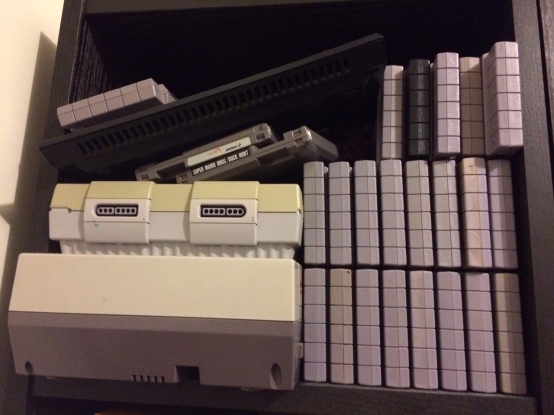 I’ve always had a soft spot for the classics. Having grown up through most of the history of video games, there’s a nostalgia there that gets me in the feels every time. That said, retro gaming is not a part of my day-to-day life. I have a few retro consoles on display in an entertainment unit, with all of the games tucked away in shoe boxes in the bottom compartment.

There are numerous reasons why this is the case. For one, I like to keep up with the zeitgeist, so modern gaming takes up the vast majority of my time. Two, hooking up retro consoles to a modern TV is a huge pain. Thirdly, there was a time in my life where I used retro game collecting as a means of avoiding the harsh realities of adulthood. Once I got my mind right, collecting moved to the back burner.

Due to recent events, the classics may receive a second wind in my world.

As part of a larger initiative to improve my video content, I decided that I want to be able to capture video from my retro consoles. After some tinkering with my setup and the purchase of an AV to HDMI adapter that was a complete bust, I finally got composite-based consoles to work.

Having the ability to record video from my old Super Nintendo, Nintendo 64 (if we can find it), Gamecube, and Stef’s PlayStation One opens the door for me to do double duty with these old games. Not only can I revisit old games that I love and try retro games that I’ve missed, it’s also opens the door for a whole slew of retro-related content. With dozens of old games just collecting dust, it’ll be a joy to play these games again while contributing fresh content for the site.

To start, I’ll play through whatever games I have handy. From there, we’ll see. I don’t envision a world where I have a massive library of retro games, as money is tight and I barely have enough to stay current. However, retro games now have more value to me in that they’re serve as an opportunity to create more content. Maybe more than anything, a lot of these old games are still fun! Let’s get back in touch with the classics, the duds, and the hidden gems of the past!

One thought on “A Personal Retro Revival?”