“Super Mario is alright. The Legend of Zelda had a few hits. But have you played Electroplankton?!”

Nintendo makes some of the biggest and most successful games in the history of mankind. But not everything they make is a hit among the greater populace. From the aforementioned abstract instruments of Electroplankton, to the eShop exclusive Rusty’s Real Deal Baseball, to my brother who is still holding his breath for a new Elite Beat Agents, they do release games that fly well below the radar.

Here’s my list of Nintendo hipster faves. What under-the-radar Nintendo games are you a fan of?

Not having a consistent name has hurt Nintendo’s match-3 puzzler throughout its history. What’s always consistent though is its wildly-addictive gameplay. Trying to clear blocks out of your well before they reach the top, the game really opens up when you play it as a competitive game. Hurling junk blocks to your opponents screen while you string together extended combos while trying to clear the junk blocks out of your own well never gets old. The series would probably be in a much better place had it not saddled its first international release with the Tetris name, but maybe then it would be too popular to qualify for this list.

At one point in history, classifying Advance Wars as a hipster game would have been outlandish. Sadly, after over a decade of inactivity, Nintendo’s wartime strategy game has fallen off the face of the Earth. Meanwhile, its spiritual sibling Fire Emblem is riding higher than ever. Still, this first game has a soft spot in my heart for introducing me to the turn-based strategy genre while still being a great game in its own right. 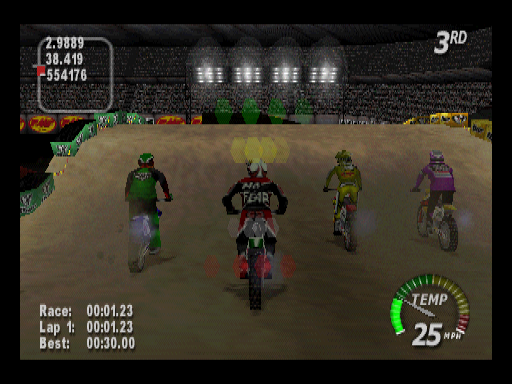 While the original Excitebike gets re-release after re-release, Excitebike 64 has largely collected dust since release. It’s a shame, as Excitebike 64 is the superior game on all fronts. It’s a great motocross racing game with a bunch of cool side modes that were ahead of its time. Heck, its soccer mode was basically Rocket League before Rocket League.

Another Nintendo racing game buried by the nostalgia of its predecessor. Often overlooked, F-Zero X is the true gem in the franchise. The game’s breakneck pace and 4-player action still hold up, as its wild courses and rock-solid frame rate make for a game you can still love today. A sequel to a franchise that was thought to be dead and gone, Kid Icarus: Uprising is a rip-roaring action game that shares very little with its predecessor. It’s for the best. Instead of playing like a clunky platformer, the camera moves behind Pit’s back as he blasts his way through levels that more closely resemble a classic Star Fox game. With a great story and a lot of cool ideas in its gameplay, I feel like it never got the love it deserved from the greater player base. Granted, it would induce carpal tunnel faster than any game I’ve ever played due to the form factor of the 3DS, but the game itself was incredible!