Is it okay to start with Fire Emblem: Three Houses?

Yes! Three Houses is a fantastic game that doesn’t punish you being new to the franchise. If anything, the myriad of new wrinkles to this game might even make it the most ideal place to start. It’s also probably the easiest game in the series to track down right now, thanks it being on the Nintendo Switch. Some games in the series are pretty hard to track down nowadays, but more on that later.

What are my options besides Three Houses?

Maybe you don’t have a Nintendo Switch yet. Or maybe you want to start with an older game in the franchise. Whatever the case, the answer to this question will depend on where you are in the world and if you’re able to read Japanese. For international audiences and/or those who can’t read Japanese, these are the Fire Emblem games available to you.

During the first decade of the franchise’s existence, it was a Japan-exclusive. Even after it went international, one of the remakes was only released in Japan. If you’re not able to track these down or can’t read the language, I wouldn’t worry too much about these. But for your reference, these are the games that were only released in Japan.

Which Fire Emblem games have Smash Bros. characters in them?

My gut says most people were made aware of the Fire Emblem franchise through some of its characters being playable fighters in the Super Smash Bros. series of games. If you’re looking for the games where these characters came from, here’s where to go!

Are there any hard-to-find games in the series?

Some Fire Emblem games are easier to track down than others. While I would stop short of calling any entry in the series rare, Path of Radiance on GameCube, Radiant Dawn on Wii, and Shadow Dragon on the DS are trapped on legacy consoles and didn’t sell nearly as well as newer entries in the series. Trying to track them down in the aftermarket might be difficult and expensive.

Unless you really want to play the games that have Marth and Ike in them, I wouldn’t stress too much about it. Radiant Dawn and Shadow Dragon – while not bad games – aren’t the strongest in the series. Path of Radiance might be my all-time fave, but there are so many other amazing Fire Emblem games that are much more readily available. If you’re going to make the effort, shop around and get a sense of what the market value is before you overspend on one of these games.

I want to play Fire Emblem but I heard it has perma-death and that freaks me out. What do I do?

One of the franchise’s defining features is that when a character dies in battle, they’re gone forever. It’s a lot of weight to carry on your shoulders should characters die before the campaign is over. Some people love the pressure, while others have steered clear because of it. I would save scum my way through many of the old games in order to complete the campaign without any fatalities.

Starting with Fire Emblem: Awakening, a new Casual mode was introduced for players who don’t want to deal with perma-death. Simply choose that mode at the start of the game and fallen heroes will return for the next battle! Shadows of Valentia and Three Houses also have a limited-use rewind mechanic that can quickly tidy up a mistake. Purists can continue to play it the old fashioned way in Classic mode, but there are options to ease the burden if perma-death scares you. 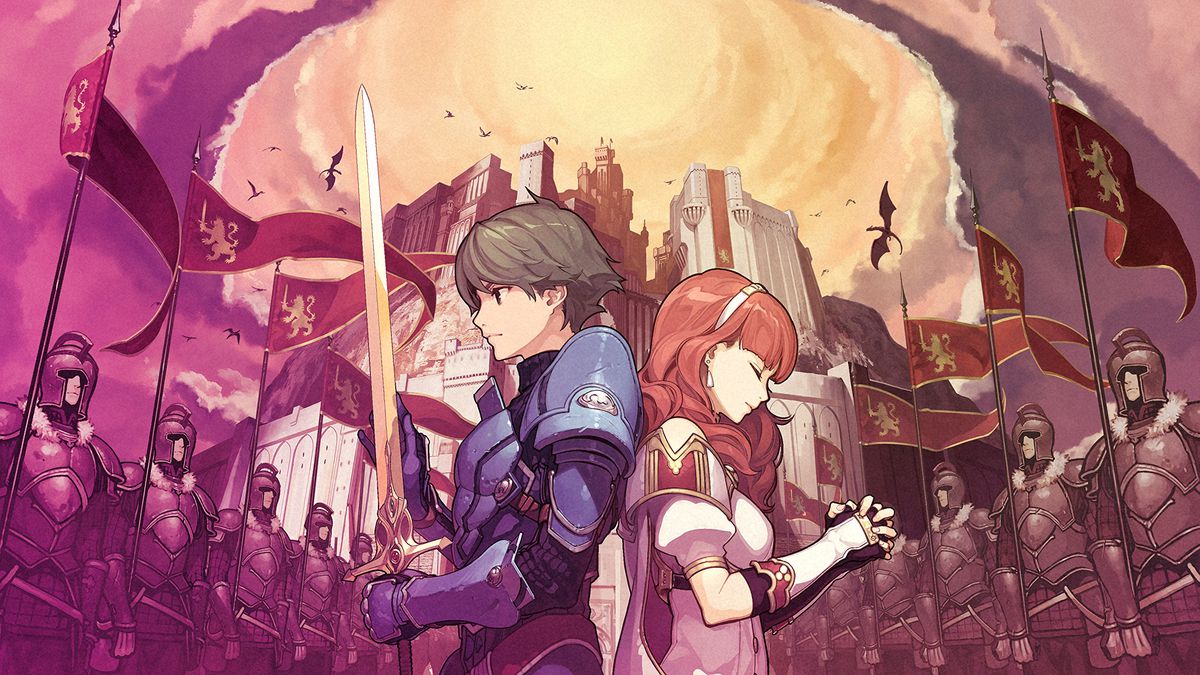 What’s the deal with Shadow Dragon and Shadows of Valentia?

I am reluctant to say that any of the mainline Fire Emblem games are bad. However, over the years, the games have become increasingly-refined. While Shadow Dragon and Shadows of Valentia may be newer releases, they’re also remakes of old games. Nintendo has updated the graphics and some of the gameplay, but they’re mostly true to the source material.

Because of this, these games can be pretty archaic in their storytelling, map design, combat, character development, and user interface. I know that many want to play the Fire Emblem game with Marth in it, but it’s my least favourite of the bunch due to how poorly its aged relative to its contemporaries. Once you’ve played any Fire Emblem game originally released in the 2000s or newer, it can be really difficult to go back to these ones. I’d suggest playing these games later on with the understanding that this is a time capsule from the past. However, it may not be a bad idea to play these first just so that the newer games don’t spoil you with their modern innovations.

Why are there two different Fates games?

Fire Emblem Fates: Birthright and Fire Emblem Fates: Conquest are technically two different games. However, they both tell the same story, with each game representing one of the two warring sides. You can buy and complete just one of the two to get a gist of what’s happening, and you’ll probably have a great time doing it. But if you really want to know the full story, it’s recommended that you play through both games and the DLC.

Each game is great on its own, but it does kind of feel like a cash grab, especially with how important the DLC is for tying the whole thing together. I still recommend completing one of the two games first before investing in the other game or the DLC. One may prove to be enough for you, but don’t be ashamed to go all-in like I did if you want the full experience. 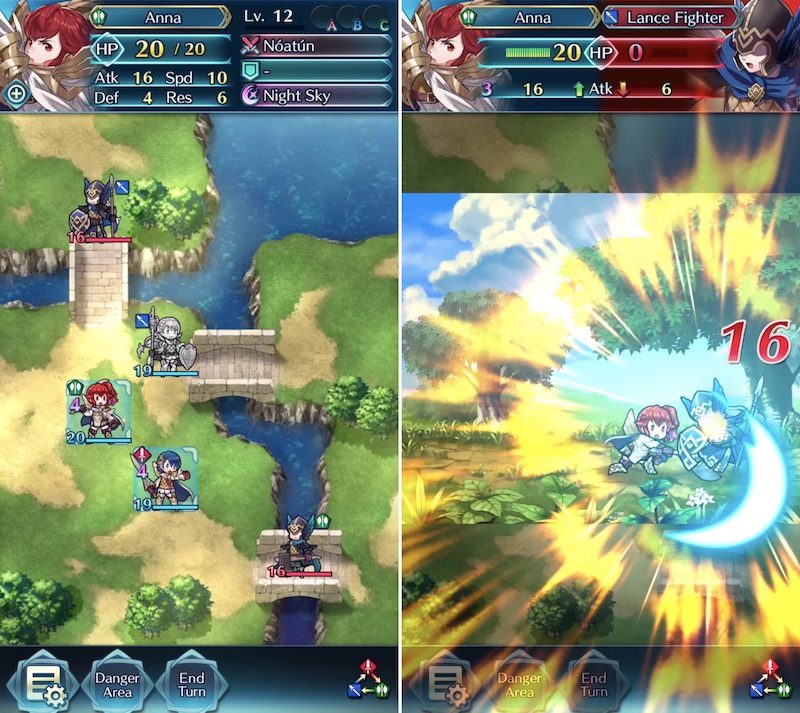 Are the spin-off games worth it?

As of writing, there are at least three spin-offs:

I can’t speak to the latter two, but Fire Emblem: Heroes is a neat mobile version. It greatly simplifies the stories and the scale of combat, but it does a great job of scratching the turn-based strategy itch when you don’t have a Nintendo console handy. Just be mindful of it being a free-to-play Gatcha game, where obtaining characters for your party is essentially a slot machine. It’s going to heavily incentivize you to pay for more shots at better characters, so make sure to not play beyond your means.

Where should I start?

Due to almost every game in the series being a self-contained story, you can start with confidence just about anywhere. But if I had to narrow it down, here is where I would recommend starting out based on quality and accessibility.

Fire Emblem: Three Houses – Excellent game that is jam-packed with content. Easy to purchase on a platform you’re probably already have and regularly use right now.

Fire Emblem: Awakening – Excellent game with one of the strongest casts of any in the series, including Chrom, Lucina, and Robin from Smash Bros.. Readily available on the eShop if physical copies are hard to come by.

Fire Emblem: Heroes – You can play it right now on your phone for free and get a taste of what the franchise’s turn-based strategy and character development are all about. This might be the motivation you need to graduate to a console or handheld entry, but maybe this is just the fix you need.

Wherever your Fire Emblem journey takes you, I hope you have an amazing time with it! As a longtime fan and advocate of the series, it’s wonderful to see it finally gain prominence among a wider audience. The more, the merrier! If you have any other specific questions, I’d be glad to attempt answering them in the comments!