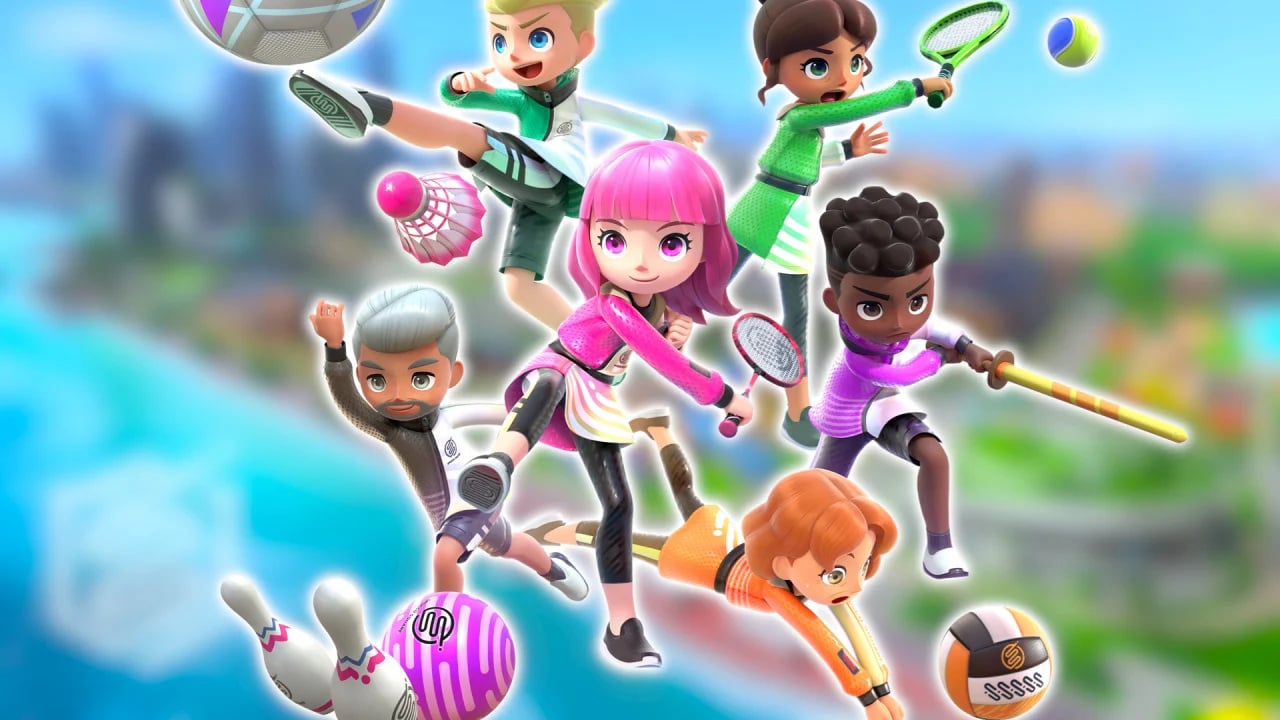 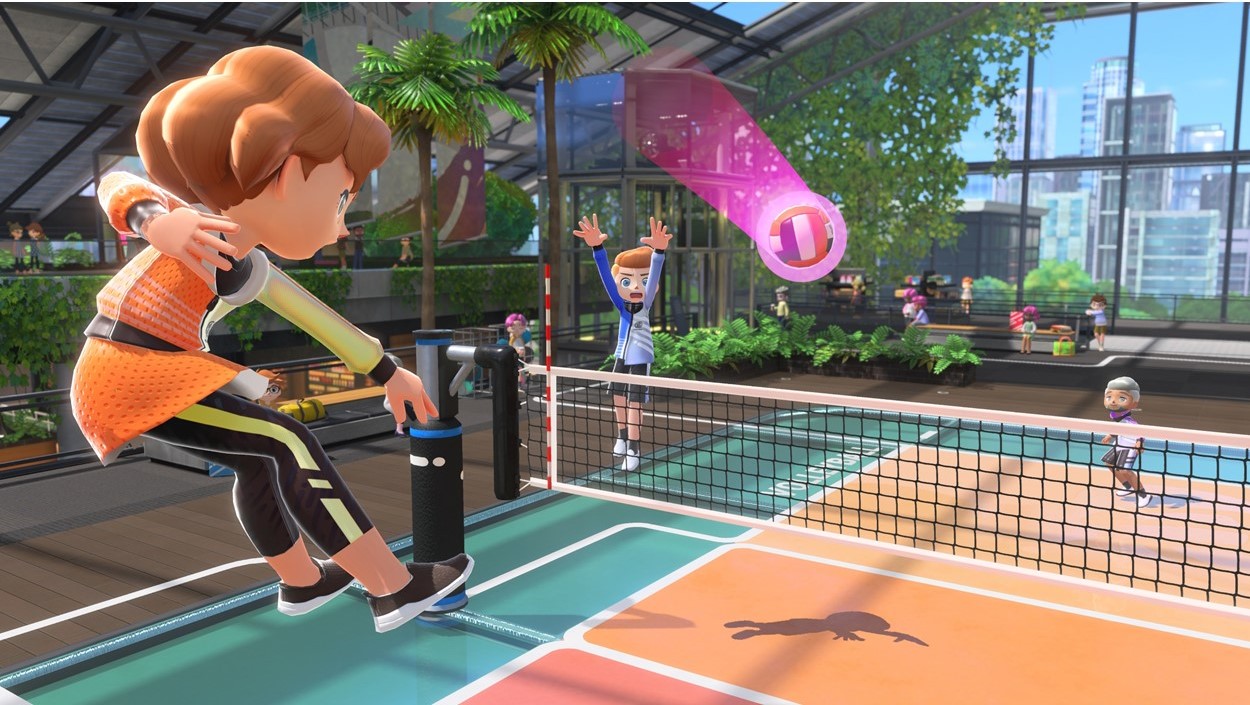 Volleyball isn’t inherently a bad game. However, it is the worst of the ones available in Nintendo Switch Sports. Despite actually giving players the ability to move around the court a bit using the analog stick, the game doesn’t feel like it gives you much in the way of shot control other than force. It’s silly fun, but there are other games in the set that are more exciting while also giving players more control over their actions. 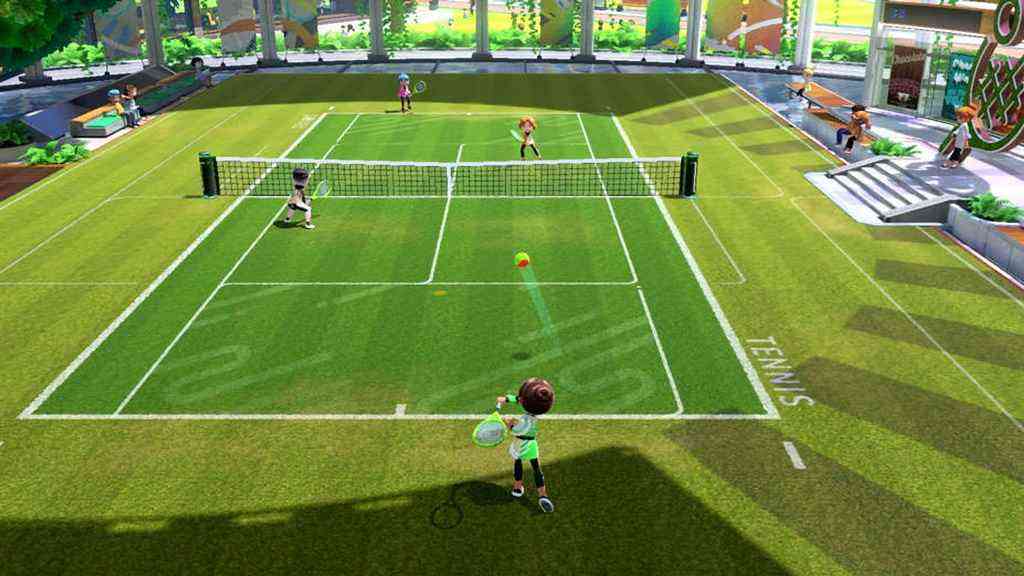 When Nintendo introduced motion controls to the world, they did so with tennis. Tennis makes its return and…not much has changed. Well, except for the fact that they’ve curiously removed the option to play 1v1. It works as well as you’d expect it to, but it’s also not wowing anyone with anything particularly new or exciting. 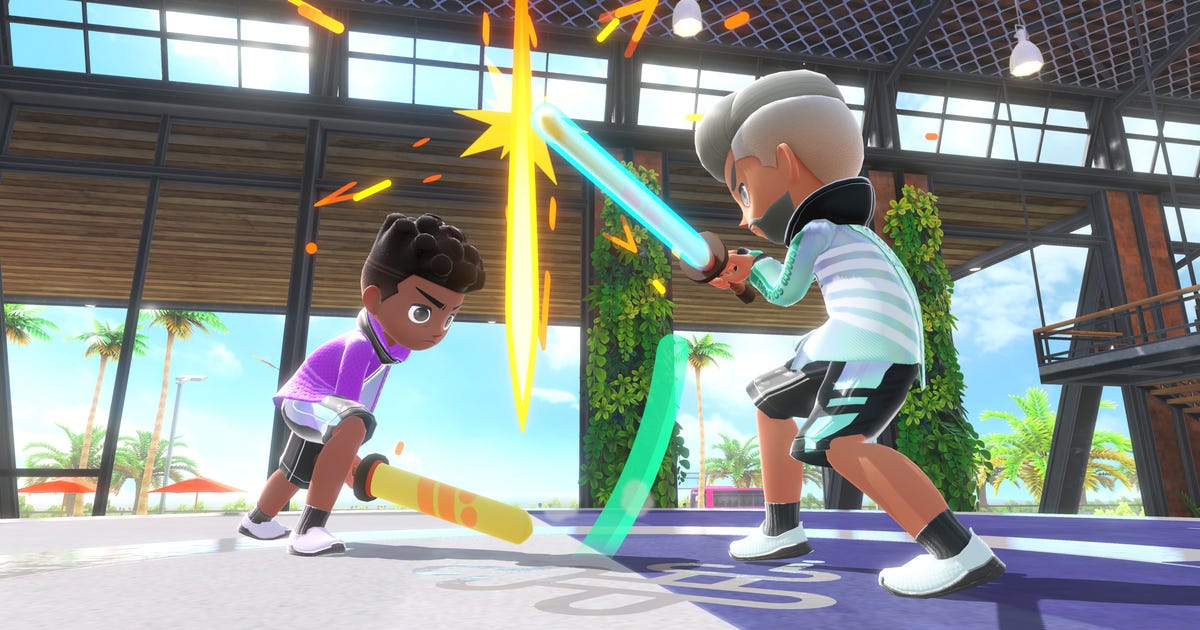 Boxing in Wii Sports was a mess. Wii remotes had no chance of accurately tracking players flailing about, which made the whole thing feel like a waste of time. Great workout, though, especially if you were constantly swinging for haymakers.

Chambara takes a much more controlled approach to combat. Instead of throwing fists, players swing a sword in different directions. You can also use the sword to block incoming strikes or even perform a spin attack.

The pace of combat in Chambara may be slower than boxing, but it’s also a much more structured experience with a clear sense of how to attack and defend. No one will ever confuse it for something like Street Fighter, but it nails the foundation of what makes for a good fighting game. Landing that perfect parry and smacking your opponent into the water is way more satisfying than flailing your arms in Wii Boxing ever was.

Soccer is a fascinating inclusion in Nintendo Switch Sports. The game gives you a wide range of control, from being able to move your character around the screen using the analog stick, to holding the right trigger for a speed boost, to being able to kick the ball at a myriad of angles based on the type of kick you use and how you time your shot. You can even headbutt the ball by swiping both controllers downward, which is intentionally tricky to time, but can send the ball flying if you make proper contact. In a way, it almost feels like Rocket League with humans, as video game soccer becomes the snake eating its own tail.

Having to use your arms to control your feet is something I was quickly able to get over. However, the overall pace of play is a bit too slow, as the field feels a bit too big for four players. You will spend most of your time simply running around with few opportunities to make meaningful plays. Would love to see a smaller field used for 2v2 in order to pick up the pace.

You can kick the ball with your actual leg when the controller is attached to the leg strap, but that’s relegated to a simple shootout mini game at the moment. However, the ability to actually kick the ball in the proper soccer game is slated for release later this year. Maybe that will be enough to move it up the ranks a bit. 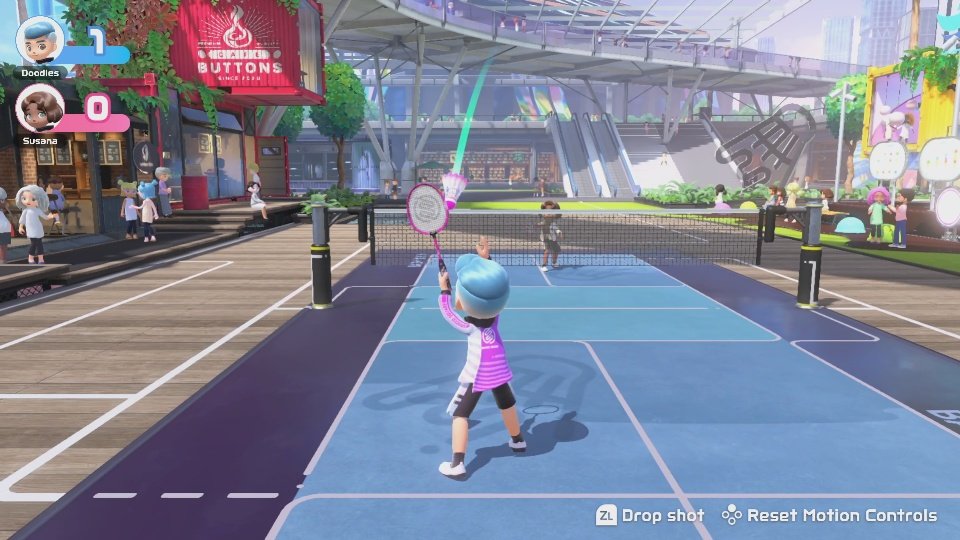 Badminton is a fantastic new inclusion to Nintendo Switch Sports. While technically very similar to tennis, badminton benefits from a faster pace of play and a bit more shot control thanks to being able to hold the trigger for a drop shot. Rallies can be exhausting as players quickly ping the birdie between one-another, but it’s awesome when you’re able to trip up your opponent with a shot they can barely reach and then smash it down for the score. I do wish it was a bit easier to control which side of the court you were hitting towards, but this adaptation of badminton captures a lot of what makes the sport so exciting to play. 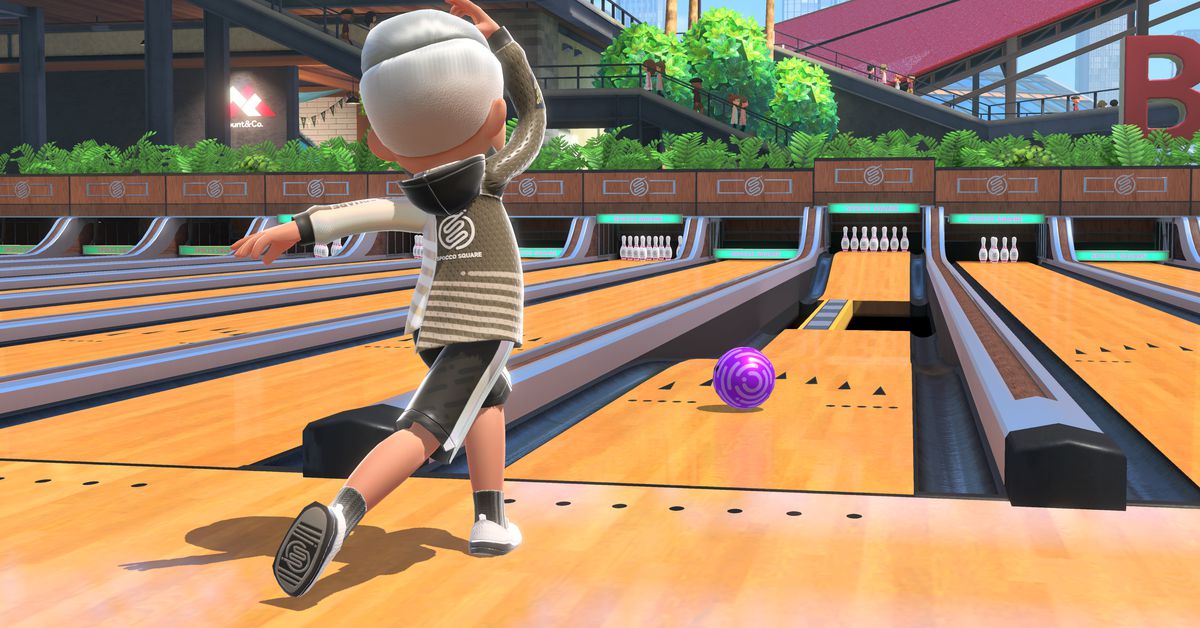 Was there any doubt about which game would be #1? Bowling was the breakout hit from Wii Sports and it continues to be a blast thanks to feeling decently-close to the real thing while also having a great amount of control over the ball. That said, I think you actually have a bit less control in Nintendo Switch Sports Bowling, as you don’t let go of the trigger to throw the ball. This change feels like a means of minimizing the amount of times that someone will fling their controller at the TV, though even that doesn’t seem like enough to stop this new wave of TV destruction. Wear your wrist straps!

Had Nintendo not made any changes to the core formula, this would still be #1. However, a few tweaks have improved the experience quite a bit. When playing local multiplayer, up to four people can bowl simultaneously via split-screen, picking up the overall pace of play. Better yet, online play against the world is done in a battle royal format, as 16 bowlers are whittled down to one champion. The competition is ruthless, but it’s so fun bowling your way to the top!