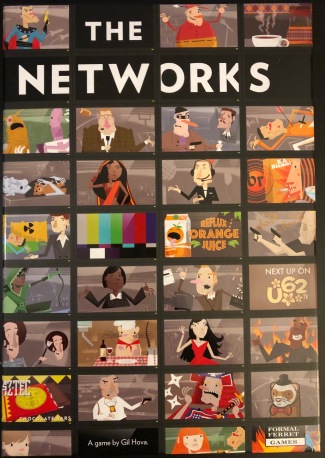 The Networks by Gil Hova and Formal Ferret Games is a worker placement board game built around the novel concept of running your own television network. Over the course of five seasons, you’ll battle competing cable networks for the most viewers by adding new shows, hiring stars, and landing ad deals. On top of all that, there’s no room for complacency, as audiences grow tired of shows over time, forcing you to constantly keep your lineup fresh.

Its elevator pitch is one of the most compelling I’ve seen for a board game in quite some time, even as someone who doesn’t like watching television. But how well does its theme translate to the tabletop?
END_OF_DOCUMENT_TOKEN_TO_BE_REPLACED