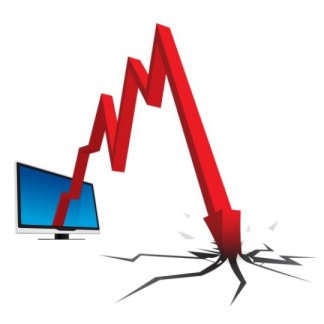 Though I am far from rich, money historically hasn’t been much of an issue when it comes to my gaming related purchases. Sure, I couldn’t afford to buy every single game I’ve ever wanted brand new, but I’ve been able to buy virtually every game I’ve ever wanted since I started working over a decade ago. Even as a teenager making minimum wage as a stock boy, I had room in my budget for hot new releases or games I passed on initially that have dropped in price.

This year, while in the midst of planning for Steff and I’s move, I had an epiphany: I can’t keep spending like this anymore.

Up until last year, gaming purchases were easy to justify because my ‘grown-up’ expenses were minimal. I lived with my parents, which made things a lot more comfortable than I gave them credit for at the time. Now, I’m a year into having to pay for rent, food and other living expenses, and my bank account is definitely feeling the effects. Making matters worse is the fact that I didn’t really adjust my spending habits to account for those expenses. Though I am not broke, things definitely could be better had I made those adjustments early on.

With my livelihood at stake, I’ve begun to make changes in how I handle my income. For one, we’ll be moving out of an area where car insurance is high. We’re committing to cooking dinner and making our own lunches to optimize food spending. As far as games go, I really need to cut back on the amount I spend on them. Though I’ll probably never stop buying the ‘must have’ games on day one, my definition of ‘must have’ will definitely be challenged, because I really can’t afford to buy many games the moment they come out. My biggest challenge is my spending on games I bought on sale. Going forward, I’ve really got to cut back on buying games primarily because they’re cheap, only to have them sit on my shelf collecting dust for months at a time before I eventually play them.

I need to change the way I spend in order to protect myself today and ensure a brighter future tomorrow. Someday, I want to own a house, and I’ll never get to that point if I don’t act smarter with my money. Unfortunately, my spending on video games will be impacted by this for the greater good. With so many games in backlog, I should be able to stick to this for at least the next little while.

5 thoughts on “Dollars and Sense”