Mind: The player whose primary strength comes from leveraging information about the game, from frame data, to option selects, to set-ups.

Heart: The player whose primary strength comes from trying to counter their opponent’s specific approach to the fight.

Body: The player whose primary strength comes from being able to perform higher damage combos and block better due to their physical dexterity.

Everybody is a mix of these three elements. Each one has its strengths, but also its weaknesses. Mind players can get flustered when forced into a situation they haven’t prepared for. Heart players can be coerced into making bad decisions. Body players can get frozen out of being able to use their physical talents.

Using this theory, where do I fit?

When I started taking fighting games seriously, I found that it was my heart that paved the way for success. I constantly assess how my opponent plays and make decisions based on how I can counteract what they’re doing. It’s also fun to coerce certain behaviours out of my opponent. For example, I love to whiff moves as my opponent is waking up so that they foolishly try to counter attack me. I simply block or dodge their attack and counter them from there.

By following my heart, I’ve been able to win against players who were far above my pay grade. However, I’ve also lost against worse opposition because I couldn’t get a feel for what they were trying to do from moment-to-moment. Going forward, this will likely continue to be my strong suit.

Over the years, this has become a larger part of my game. As a casual fighting game player, I used to just focus on what special moves each character has. Now, I’m much more cognizant about the game as a whole, from the general concepts of frame advantage to option selects that allow me to cover multiple scenarios with one input.

Knowing what situations will happen in a given fight and having a pre-calculated answer has paid huge dividends for me. However, I know I’m far from a fighting game scientist. While I understand frame data, I don’t memorize the frames for every single move. I don’t use most option selects except for the easiest stuff like crouch teching in the Street Fighter IV series. I probably could also benefit more from forcing my opponents into situations where their options are greatly limited.

The crux of being a brain-based player is that you have to possess the knowledge. Getting that knowledge is a lot of work, as it requires players to study frame data and spend a lot of time in training mode breaking down every possible scenario. Maybe I’m lazy, but I don’t have the patience to put in that work. I’ll learn what I feel is necessary to win, but I’m less reliant on beating my opponent with the inner workings of the game’s systems. 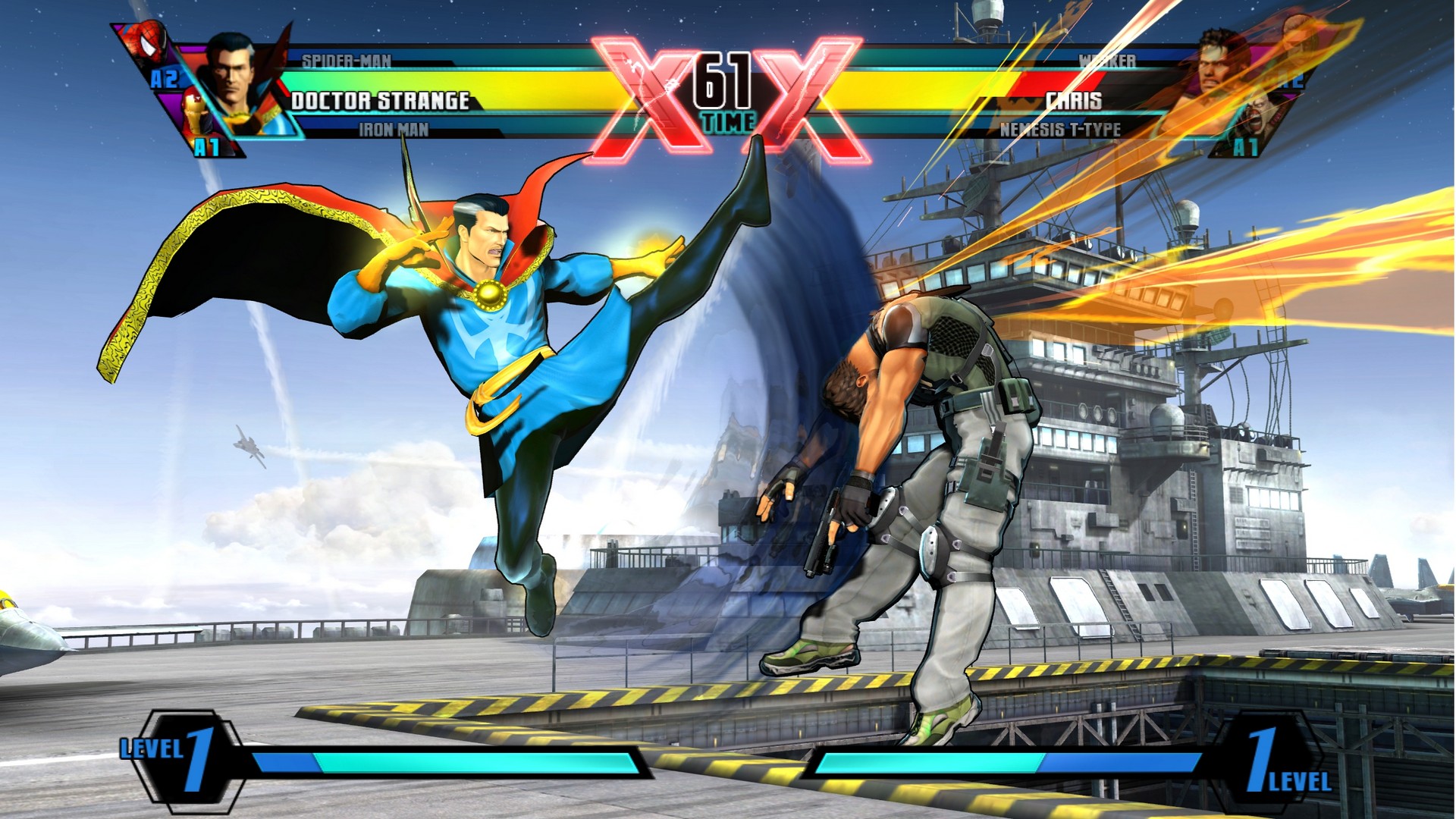 Execution is my Kryptonite. How badly it affects me varies from game-to-game. In Injustice: Gods Among Us, I can rattle off Batman combos that do 40% damage in my sleep due to the dialing-based inputs of NetherRealm games. With Street Fighter V, my damage output is much higher thanks to the game’s increased leniency on input timing.

Where my body falls apart for different reasons in Street Fighter IV and Ultimate Marvel vs. Capcom 3. At the higher end of Street Fighter IV play, combos that require extremely precise timing become a big part of the game. With years of actively trying to improve my execution in that game, I still drop combos or can’t perform certain combos at all because I find them to be too hard to perform. Timing is also tough in Ultimate Marvel vs. Capcom 3, but memorization is as well. Since combos in that game take so many inputs, I simply forget what I’m trying to do before I finish. To compensate for my less-than-optimal damage output, I aim to score damage with the combos I can consistently hit. From there, I try and outsmart or outwit my opponent to generate more opportunities to strike.

Are you an execution monster? A psychic? Or a scientist?