Pokemon Go is a game that is constantly evolving. What it is today is significantly better than the game that launched in the summer of 2016, there’s still much work to be done. As of writing, we still don’t have trading or PvP, features that were promised well over a year ago. We’ll discuss those another time, but what I really wanted to talk about is the controversial EX Raid system. If you want a shot at catching the infamous Mewtwo, you’re going to have to obtain one, which has proven to be easier said than done for many.

First introduced in the summer of 2017, understanding how to obtain one has been a confusing and frustrating process. Partially because Niantic hasn’t been explicitly clear on what players need to do to get one. Even in times when they’ve tried to be upfront about certain things, such as EX Raids only taking place in parks, it’s still not entirely clear to players exactly which gyms those are. For example, after playing over 150 raids, I finally got an EX Raid pass at a church. As a human being, I wouldn’t have considered that to be a park, but the in-game logic seems to think so.

Partially because Niantic has made numerous tweaks to the system in order to improve it and it’s hard to keep up. At one point, Niantic didn’t explicitly state that only sponsored gyms or parks were EX Raid eligible. Most recently, they’ve increased the number of people who will get an invite each week, as well as loosening up the criteria even further to to allow for more players to qualify. On top of that, there was a glitch that granted some users with EX Raid passes despite having never completed a raid at that gym before. 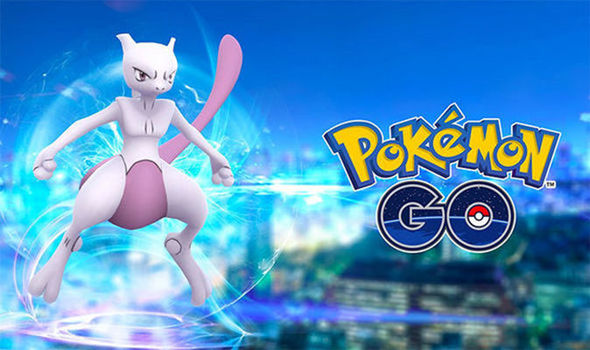 The third, and root problem of the EX Raid system is that it’s ultimately a lottery. As noted above, I’ve played over 150 raids and only got my first EX Raid pass relatively recently. Many more players who have engaged with the raid system more often than I still don’t have one. Even if you go by all of the information we have available on how to improve your odds on getting a coveted EX Raid pass, there’s no guarantee that you’ll get one. As such, you could be waiting for a very long to get one, even if you do everything humanly possible to improve your odds.

If you really think about it, so much about Pokemon Go leans heavily on gambling mechanics. When you throw a Poke Ball, RNG determines if you catch it or not. When you hatch an egg, RNG determines what’s inside. The EX Raid system is simply the grandest of of these gambling gameplay systems, where the carrot on the end of the stick is so compelling, but the odds of hitting the jackpot seem insurmountable. After weeks and months of coming out empty handed, the strain from not even getting a chance to catch a Mewtwo can break a player’s spirit.

From a game design perspective, I totally get it. Mewtwo is a special Pokemon and it shouldn’t be easy to get one. However, with the process still being so murky, and the odds seemingly so low, and the prize being so alluring, it’s not hard to see why this mechanic has upset so many players. While I don’t see EX Raids going away any time soon, here’s to hoping that Niantic can find the right balance before alienating any more of its player base.

Top 2 and I’m not 2
Top Gun board game!?
Beautiful day for a slurpee (and PlayStation slurpee cup)! I got the X button cup, but which button would you get?
Did you get a chance to try Pac-Man 99 yet? If so, are you enjoying it?
#airhornx3! Luigi me? Luigi U!
Despite its gorgeous graphics and clever writing, other aspects of Paper Mario: The Origami King ultimately drove me away. Did you enjoy this one?