Before the release of SteamWorld Dig 2, Image & Form expanded on the SteamWorld franchise with a 2D turn-based strategy game. SteamWorld Heist is that game. Set in space, you control a team of robot space pirates as they venture through the galaxy, oftentimes finding themselves caught in gunfights within enemy ships. Is this a secret gem in the SteamWorld series?

Strategy games are usually played from a 3D or some variation of an overhead perspective in order to have a larger view of the battlefield. SteamWorld Heist is unique in that it’s played from a 2D perspective. At a glance, it would look like an action game like Earthworm Jim. Instead, you will take turns moving your units, taking cover, and placing your shots.

Shooting is where the game’s true challenge lies. Your characters generally can shoot at a 360-degree radius from their body, allowing you to tag enemies at all sorts of weird angles. On top of that, many guns allow you to ricochet bullets off of the walls for extra offensive opportunities. The trade-off is that you’re going to have to aim most of your shots manually without limited aid-assist most of the time. For a genre where much of the game is built around dice rolls and the element of chance, this aiming system makes the combat more skill-based. It’s not the first time manual aiming has been included in a strategy game – Valkyria Chronicles comes to mind, but it works really well here. My one gripe with the mechanics is that if you’re standing directly beside an enemy, you’re stuck having to perform a melee attack on them. There are cases where I would rather shoot the enemy behind me instead of performing a melee attack on the enemy in front of me, which is mildly frustrating when that scenario happens.

To start, you only have two robots on your squad. As the story progresses, you’ll have the opportunity to recruit more allies. Each robot fits an archetype, so you’ll have an assortment of mobile soldiers, heavies, and snipers among others to mix-and-match. It was greatly enjoyable to try and find the right match for each level, as having the right team can greatly improve your odds on any given level.

Once I started playing, I couldn’t put it down. The game plays so smoothly that it’s easy to just zone out and plow through level-after-level. There were times where the difficulty spiked, but in a worst-case scenario, you are free to adjust the difficulty before the start of each level. The campaign is quite lengthy too, so it can keep you engaged for quite some time. By the end of the game on Experienced difficulty, I was able to obtain perfect scores on all of the maps.

Where the game stumbles is that the core gameplay can get pretty repetitive. In most cases, the action boils down to shooting all of the enemies and grabbing all of the loot. There are unique level objectives that include boss fights or survival rounds, but these aren’t used enough. On top of that, the level designs all look very samey. Yes, the game has an awesome art style, but after a while, these space ships all look the same on the inside. If the core gameplay really grabs you early on, I think you can power through it. Otherwise, this one may wear out its welcome before the credits roll. 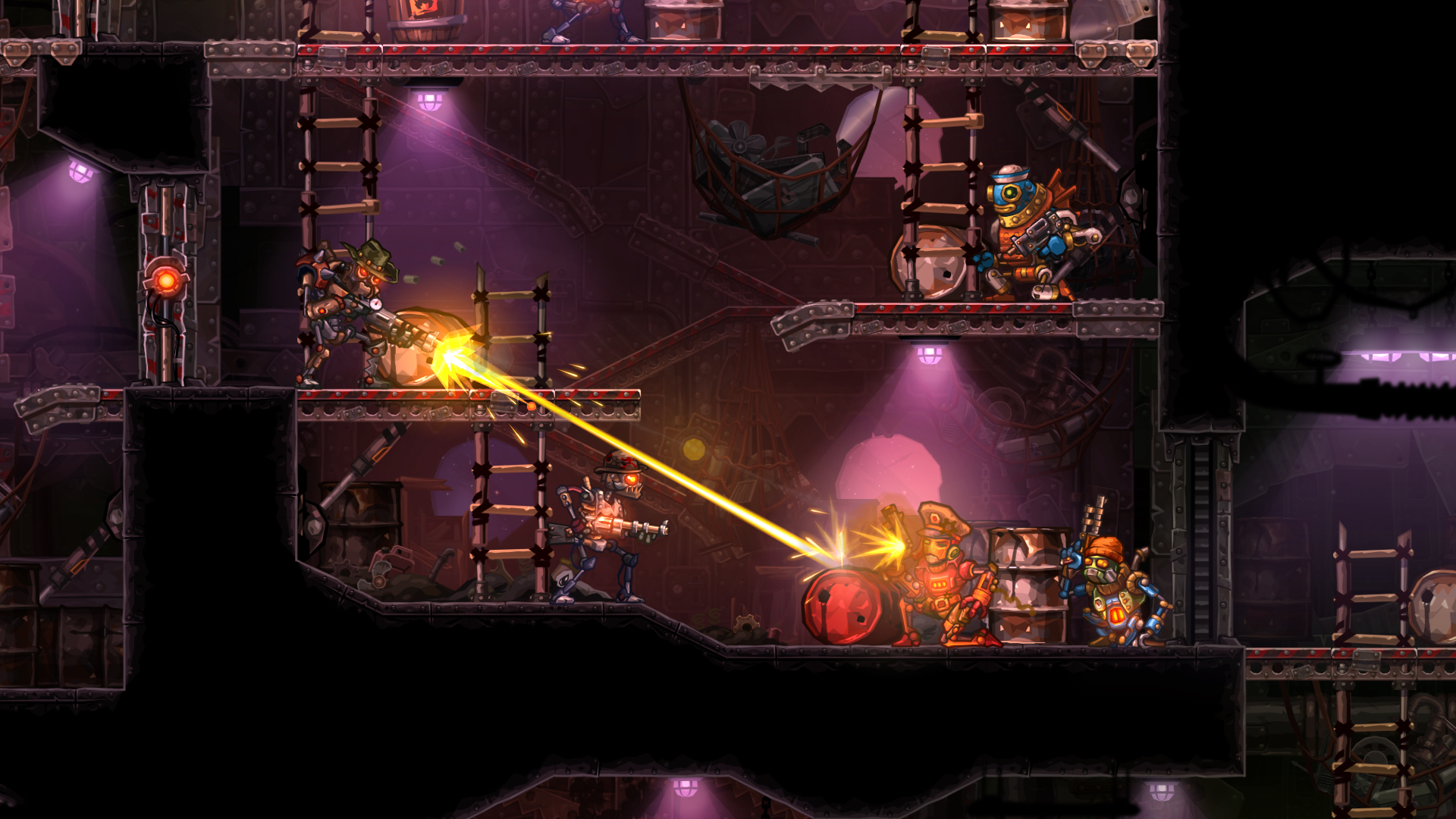 SteamWorld Heist may be a curious departure from Dig, but it’s a cool turn-based strategy game that has a lot going for it. Its mechanics are very solid and its presentation elements could be enough to hook in players who generally don’t find the strategy genre to be their cup of team. Had the game just mixed it up a bit more in terms of objectives and level design, it could have reached the critical heights of the Dig series. That said, this is a quality strategy game worth playing.