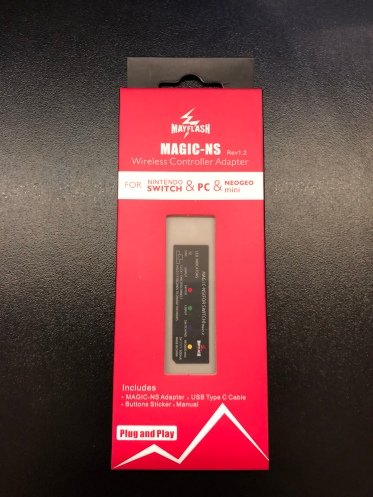 The Nintendo Joy-Con controllers work great in portable mode, and serve as a handy way for 2-player action when no other controller options are available. However, as a standalone controller in the Joy-Con grip, it falls well short of the standard. Buying a Nintendo Switch Pro Controller isn’t cheap, and you still might prefer the feel of the PlayStation or Xbox controllers. For me, I want to play fighting games with a fightstick, but I’m not ready to pay hundreds of dollars for one just to use on the Switch.

Enter the Mayflash Magic-NS. This USB adapter is designed to let Switch players use a number of different controllers from outside of the Nintendo Switch ecosystem. I recently picked one up to address my fightstick needs, but I also tried it with my DualShock 4 and Xbox One Controller.

When docked, the Mayflash-NS plugs into a USB port. If you’re undocked, simply attach the dongle that comes with the Magic-NS to it and plug that into the charging port on the Switch. Since it hangs from the bottom, you’ll need some sort of stand that allows the Switch to stand upright. I have the Hori stand, but there are no shortage of options here.

The adapter has a button on it for synching controllers and switching modes. For my fightstick and DualShock 4, you need to set it to red. For the Xbox One S controller, it needs to be set to purple. There are probably many different controllers it supports, but I could only test it with the few I have handy.

Plugging my Hori Real Arcade Pro Kai directly into the Mayflash-NS, it read my fightstick without any issue or perceptible delay. The Nintendo Switch has a growing library of fighting games, so being able to play them with my controller of choice is a godsend. That said, I also tried it with my Mad Catz TE2 fightstick for Xbox One and that controller had noticeable lag. 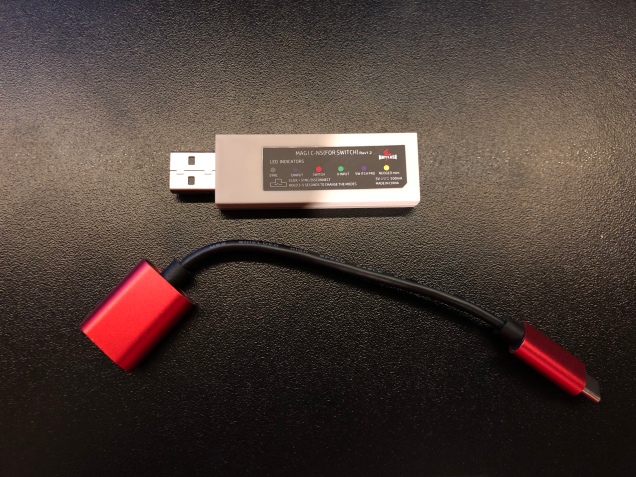 Up next was the DualShock 4. The Pro Controller is great in most cases, but its inaccurate d-pad can be a problem in certain games. With Tetris 99, the controller will read some left and right inputs as up, which will lead to many accidental fast drops and almost certainly cause you to lose in time. Having gotten comfortable using the DualShock for Tetris Effect, being able to use it on the Switch cut out the misread inputs. 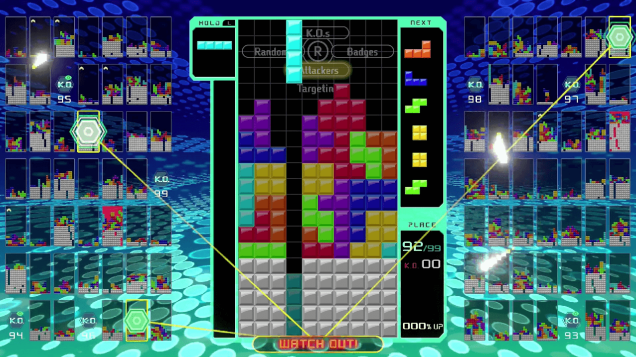 When tapping into more nuanced control features, it can be a bit spotty. I’ve read that other users have been able to get the gyro controls to work for them in Splatoon 2, but my camera seemed to be glued to the floor every time I turned the feature on. Gyro controls also didn’t seem to work for me in Paladins, either.

Overall, as long as you’re not playing shooters with gyro controls, the Mayflash Magic-NS is a game changer. For just a few bucks, you can unlock the ability to use a number of different controller types on the Nintendo Switch. It’s a much cheaper alternative to buying a Pro Controller or a fightstick, while also enabling players to use other controllers of their choice with only a few concessions.

Though the dongle hanging from the bottom of the Switch in portable mode opens up new logistical challenges, having the ability to use the adapter portably is a net positive. If you have any desire to use a controller outside of the Nintendo ecosystem, the Magic-NS is a great choice to make that happen. Just make sure to run a quick Google search to see if your particular controller of choice will work with it before diving in.