What is your flavour of summer?

Some like fresh fruits, as it is that time of the year when they’re harvested. Ice cream? While it’s a year-round phenomenon in my house, it’s definitely best known as a summertime treat. For my fellow Canadians, there’s nothing more refreshing and patriotic as a Tim Horton’s Iced Capp.

For me, nothing says summer quite like a slushie, slurpee, icee, or whatever name you ascribe to that flavoured ice beverage.

The drink was first introduced to me by my friend Gandhi. During our first of many trips together to the convenience store, he told me to take a cup and fill it with one of two flavours: Coke and/or cream soda. I think I played it safe the first time around and enjoyed the Coke. But on a future visit, when I finally mustered up the courage to try the pink one, I never looked back.

The slushie became part of our routine. Along with those, we’d by potato chips, candy, and whatever new video game magazines were on the shelf. Taking all of our supplies to either his or my back yard, we’d hang out at a picnic table, enjoying our snacks while brushing up on the latest gaming news and information. If we didn’t head inside to play video games after, we’d play board games. Some of our favourites at the time included Scrabble, Risk, and Fireball Island.

I remember that time fondly. Besides being the first tastes of a slurpie, it became synonymous with my first taste of what growing up felt like. Being able to go to the store with Gandhi was the first time my parents let me out of their sight. Managing “my own money” for the first time, even if it was my allowance. First time I really felt like I was in control of who I was as a person.

Just before high school began, I moved to a different part of town and we didn’t get to hang out as much during the summer months. However, I carried part of our tradition with me. Hanging out with friends until the wee hours in the morning often included a stop at our local 7-Eleven for a slurpie before hanging out in a random parking lot. 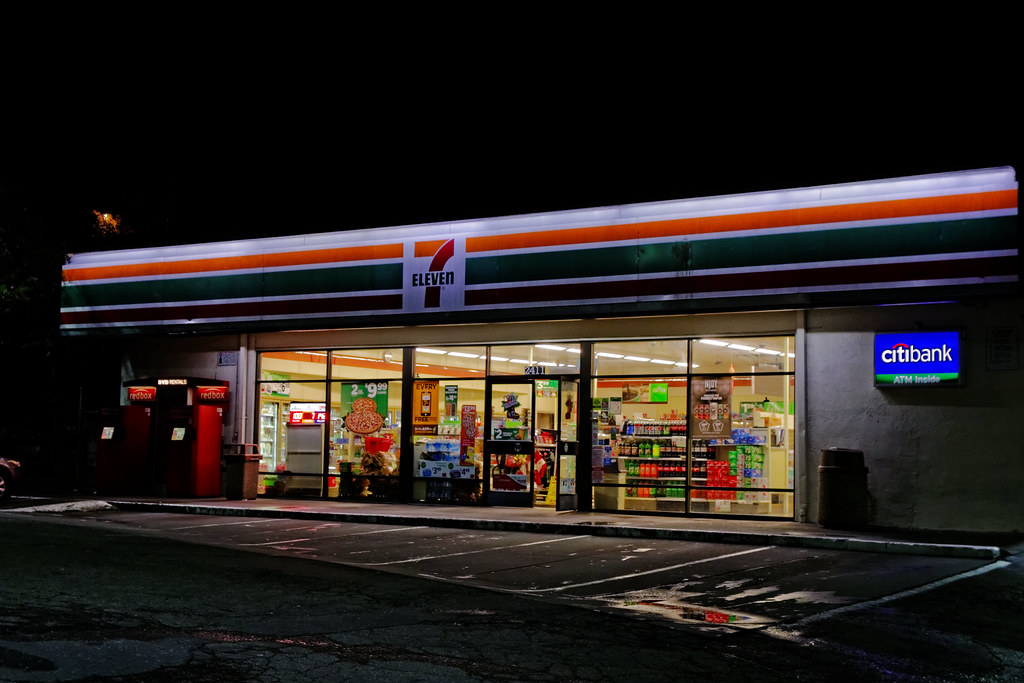 As we sipped on our icy drinks – I always had to have the largest cup size – we had great conversations about life. We all had a lot going on, from relationship stuff, to school, to work, to what our futures could look like. We wanted so badly to see where we were going next that maybe we didn’t appreciate the present as much as we should have. Nevertheless, during those hot summer nights of deep conversation, the slurpies were still there.

After my first foray through college, the slurpie fell out of rotation. It’s always been a social drink for me in the summer, and I wasn’t hanging out with friends like I used to. We were all in the midst of finding our footing in adulthood.

In recent years though, the drink has come back as something my wife and I bond over. As an alternative to the Tim Horton’s Iced Capps we were drinking regularly, I brought her to a 7-Eleven one time for a slurpie. Now it’s a part of our routine. Though I don’t get the ultra large size anymore, a medium cream soda still hits the spot like it always has. After picking up our drinks, we usually hop back in the car and drive towards the next stop in our adventure together.

Decades later, the slurpee still stands as my go-to drink of the summer. It’s certainly not the healthiest drink, but it’s delicious, cheap, and it continues to be associated with some of my favourite memories of the season. Cheers!