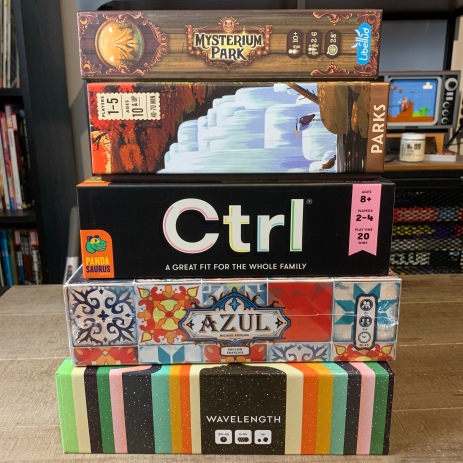 It’s been a while since Steff and I went on a board game shopping bender. But after binging a ton of videos from the excellent YouTube board game channel No Rolls Barred, we felt compelled to expand our collection! Here’s what we picked up! 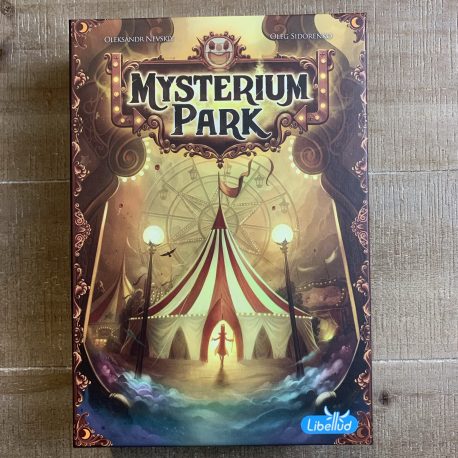 A murder has taken place at the circus and the ghost of the victim has compelled you to solve their murder! In Mysterium Park, one player plays the role of the ghost, communicating to the other psychic players through vague vision cards. It’s up to the psychics to decipher the visions and successfully apprehend the murderer or else the ghost will suffer from eternal damnation.

As someone who hasn’t played the original Mysterium, Mysterium Park strikes me as a mix of Dixit and Codenames. Psychics are tasked with selecting the right cards from the board like Codenames through cards featuring surreal art like Dixit. With so much potential for ambiguity, it can be a hilarious investigation that may or may not end with freeing the soul of the murdered victim.

Azul is a game that Steff and I first tried at a board game cafe. Players build a gorgeous mosaic while also trying to outscore your opposition. We can’t wait to play this one again and possibly explore the franchise’s many spin-offs!

One of the most unique games I’ve played in a while, Ctrl takes the concept of building with Lego pieces and turns it into an abstract strategy game. Starting with a blank cube, players will attach their blocks to the surface of the cube. You’re fighting for position, as points are scored based on what blocks are visible from the cube’s four sides and its top. Add in the ability to block opponents with a flag pole, this strategy game can get very nippy very quickly!

Is Goldeneye 007 on the Nintendo 64 an overrated game or an underrated game? Wavelength is a party game that presses players to answer a myriad of questions based on a spectrum. The game itself provides dozens of two-sided spectrum cards, as well as a nifty mechanism for randomizing what points in the spectrum you want others to guess. From there, the clue-giver needs to provide a clue that will guide users as close the correct point as possible. Whether it’s played as an icebreaker between two people or as a team-based battle, Wavelength is one of the best and most unique party games I’ve played in quite some time! 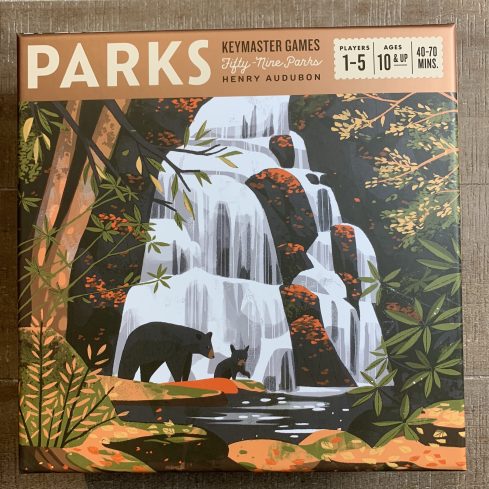 Parks takes players on a journey through the United States as you spend a year of in-game time trekking through deserts, forests, and US national parks. Players take turns moving through tracks that randomize at the end of each seasons while collecting resources that can be used to fill your canteen, take photos, buy supplies that can aid you on your journey, and visit parks. There’s a card in the game for every US national park that features gorgeous 1950s-era art and a fun fact about each park. After playing the game a few times, I’d love to see all of these national parks in person someday!

We’re really happy with this haul! Over the coming weeks, I’ll be posting more detailed reviews of each game. In the meantime, Steff and I are heading back to the table to play more board games! 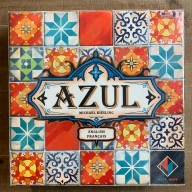