More than 20 years after its original release, I finally tried my at the Pokemon Trading Card Game. Together with my wife, we bought a starter set and engaged in battle. Here’s what I’ve learned after finally crossing this experience off of my bucket list!

Despite being a game that’s played by children, I’ve always been a bit intimidated by collectible card games of this style. Seeing how seriously some played this game and how many cards players had, this felt like way too much for me.

Within a few turns, we got a sense of the overall flow of the game. After the first game, we jumped back in and were ready to start fighting more strategically.

Guiding your team of Pokemon to victory feels a lot like the video games, even if there are some key differences in the trading card game. You’re still battling with a team of Pokemon while managing what moves they perform and who is battling on the field at any given time. Landing that big attack or swapping out a hurt Pokemon in the nick of time will feel right at home if you’ve played any of the mainline video games.

One of the core differences to the card game is the concept of energy. Energy cards come in typing that largely align with the different Pokemon types. You’ll apply energy to your Pokemon, which then allows your Pokemon to perform their moves. However, the more powerful the move, the more energy it will cost.

For example, V Venusaur’s Solar Typhoon does a whopping 220 damage, but it takes four energy to perform. Since you can normally only add one energy per turn, your opponent could do a lot of damage to your team before you’re able to get Venusaur ready. Throughout every match, you’ll have to effectively manage your energy distribution in order to ensure that your team can make game-winning moves. 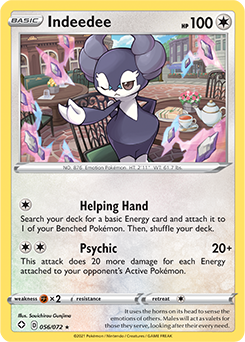 One of my favourite Pokemon in the Venusaur deck is Indeedee. Using its Helping Hand move, it allows me to grab a basic energy card from your deck and apply it to a Pokemon on the bench. I may not be doing any damage while using Helping Hand, but the extra energy gained for my big attacks later could more than make up for it. Managing these types of risks seems to be core to the design of the TCG.

Another unique element to the TCG is the way that evolutions work. Unlike the video game, you can’t start the match with fully-evolved Pokemon. Instead, Pokemon have to enter the active space or the bench as basic Pokemon first. On future turns, a Pokemon can evolve one step per turn, eventually leveling up to be forces of nature in their final forms. However, it’s going to take multiple turns to fully evolve a Pokemon, assuming you even have the full line of cards in your hand. That Charizard might be buried at the bottom of your deck or gated to the side as a prize card. Managing your team in such a way that gives you enough time to evolve your Pokemon without taking too much damage upfront is another key challenge you’ll face while playing the TCG.

The combat system isn’t a 1:1 translation from the video games to the tabletop, but I’m good with that. The game they have here plays incredibly well for the medium while giving players a ton of strategic and tactical considerations to make before and during every battle. After playing a few games with Steff, I was sold on the idea of exploring the game and its broader ecosystem more.

Building a deck is a huge part of the experience

Steff and I bypassed the deck-building process in our first go-around by buying the starter set. Not having to think about deck composition early on made it much easier for us to play right away and have fun. Now that I have a feel for the game, I’m really excited by the idea of building my own decks.

Pokemon TCG decks are built to have exactly 60 cards. There are a few rules to keep in mind when building a deck, such as a four-card limit on the number of cards you can have that bear the same name (save for energy cards). Beyond that, you can largely build whatever you want.

Having that freedom opens the door for so many possibilities. Maybe you build a deck that revolves around maxing out one-or-two key Pokemon. Maybe you build a team that specializes in triggering a status effect, such as poison. Maybe you want to build a team that focuses on Ice and Electric attacks. Whatever the case may be, I get the sense that you’ll want to build tons of different decks to cover every composition idea you may have. 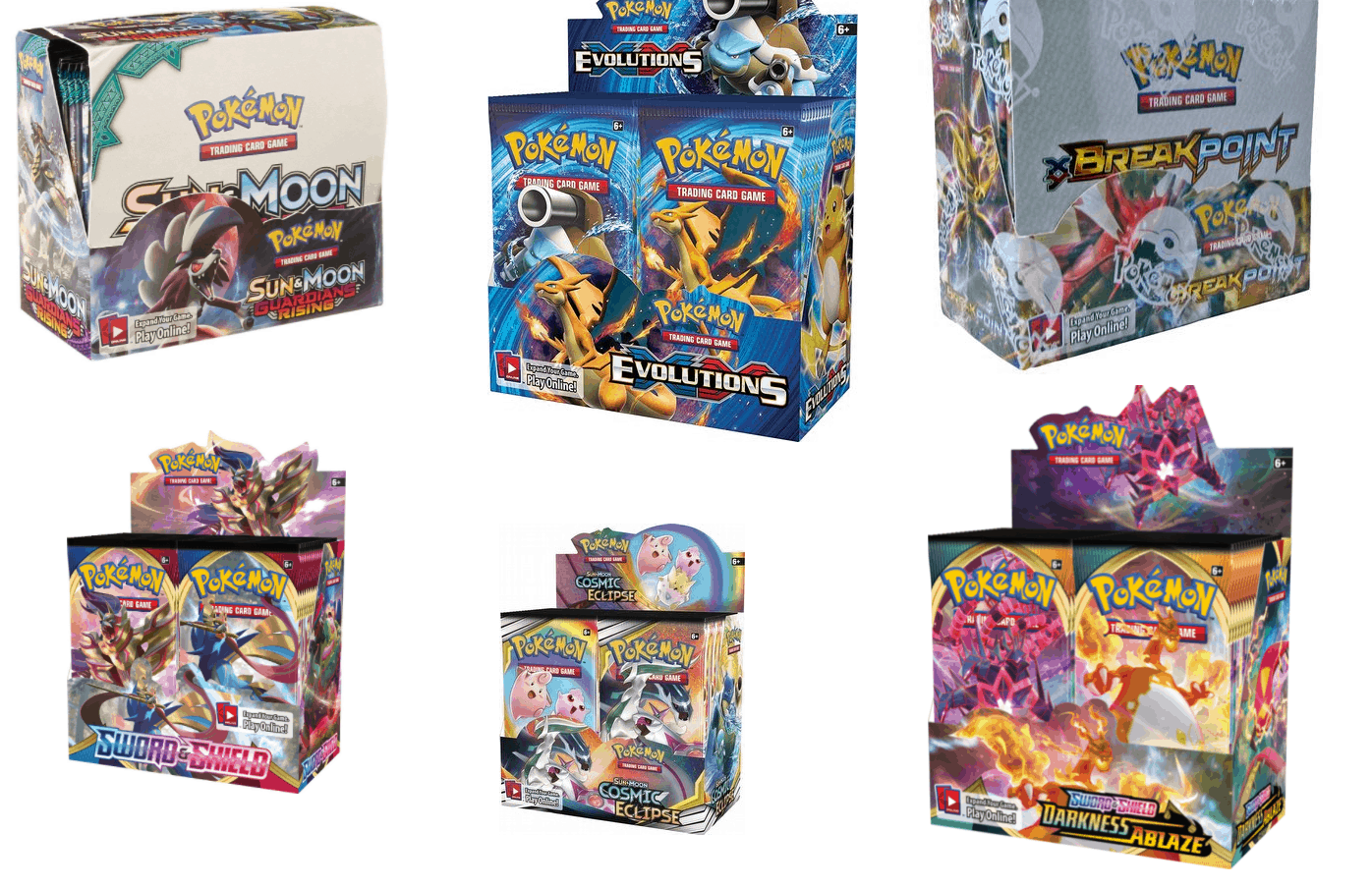 Buying cards is also a huge part of the experience

In order to build decks, you will need cards. Lots of cards. And now that I understand a bit more of how the game works and what to look for in making a deck, it’s not necessarily as simple as buying six booster packs for 60 cards. Odds are, six random booster packs won’t form a cohesive team or enough energy cards to use them. Furthermore, you may want duplicates of certain cards in order to increase your odds of drawing them in battle.

Whatever your circumstances may be, your deck-building possibilities will be gated by the amount of cards you have. Now that I understand the game, it makes sense to me why someone would end up collecting thousands of cards even if they’re not invested in the collector side of the experience. Focusing solely on building decks, you want to be able to draw from the widest pool of cards possible.

This wasn’t a cheap hobby to begin with, but the pandemic has only made things worse. The one-two punch of factories shutting down due to safety concerns and the runaway popularity of Pokemon TCG unboxing content online has really stifled the scene. Unless I’m willing to scramble to the store every morning for cards or am willing to pay a premium through a third-party, expanding my set is going to be extremely difficult during these trying times for the scene.

Your physical purchases translate to the online version of the game*

Not sure if this is for every purchase, but our starter set came with codes to import our decks into the online edition of the Pokemon Trading Card Game. Not only that, but using codes rewarded me with coins that could be used to buy boosters and decks within the digital game. From what I can tell, there’s no way to just buy digital goods with real money, which might be for the best.

This feels like a great way of adding value to your cards. Especially in a time when getting together is difficult, we can use the digital equivalents of our cards in a digital space to play against friends and other rivals from all over the world. I haven’t dabbled too much in the online version beyond the tutorial, but I look forward to playing this version of the game too!

This may be the absolute worst time in history to get into the Pokemon Trading Card Game, but I’m glad to have finally done it. As it turns out, the game is great! Really enjoyed the bit of it I played and I know that’s just the tip of the iceberg. Not sure how far I’ll fall down this rabbit hole, but I’m certainly interested in playing more matches, learning more about the game, and maaaaaybe buying a few more cards. Just a few. I swear. Pinky promise.