Entering the Pokemon Trading Card Game space is intimidating. It’s a game that’s decades old and wildly popular. As a newcomer, it’s incredibly intimidating to see all of the discussion around massive collections, tournament-level strategies, and the hunt for super-rare cards.

If you’re interested in learning how to play the game, there’s an amazing answer to that question: the Pokemon Trading Card Game Battle Academy.

Designed with newcomers in mind, Battle Academy has everything you’d need to learn and play right away. It comes with a comprehensive rulebook that goes into more detail than the quick start guides I’ve seen in other deck packs. That said, I still think it’s better to watch the tutorial videos on the official Pokemon YouTube channel for a quicker primer. This rulebook will be great after the fact for reference. 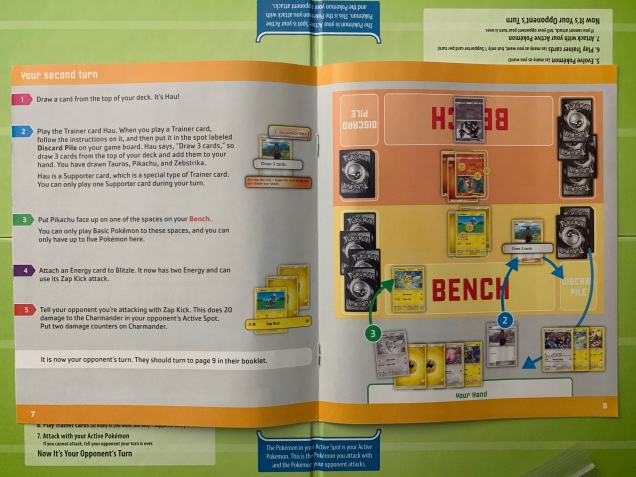 Better yet, it also has two quick start guides for the Charizard deck and the Raichu deck. By following the exact steps listed in these books, the guides will lead you through the first few turns of a match. From there, you can either restart the tutorial or finish the fight yourselves.

Core to this set are the three decks that come with it. These pre-made decks are ready to use without the need for buying any extra cards. When you get more comfortable with the game and you buy more cards, these three decks can serve as the foundation for future decks with cards of your exact specification! 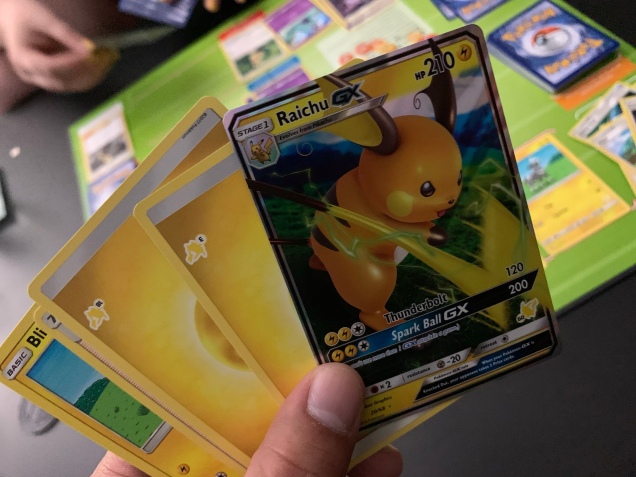 Of the three decks, the Raichu and Charizard ones are the easiest ones to play. Definitely focus on those when you’re starting out. Once you’ve got a feel for the game, crack open the Mewtwo deck and continue battling with a more complex – and probably stronger – deck! I really like how each deck is designed around some of the most recognizable Pokemon in the game, further adding to this box’s newcomer appeal.

Rounding out this set are a solid set of accessories. You don’t need a board to play Pokemon TCG, but this one features the rules and guidelines to help newcomers keep things straight. You’ll also get damage counters, GX tokens, and a nifty coin for instances where you have to flip a coin. I really like the design on the heads side, as it features the three feature Pokemon together.

As an added bonus, the game comes with a code to import all three decks into the online version of the game. These decks may not hold up to the pressure of online play against more experienced players with better cards, but they’ll still serve you well as a starting point for building stronger decks.

Learning how to play the Pokemon Trading Card Game doesn’t have to be a struggle. While there are many ways of learning, Battle Academy is a great entry point that has everything you’ll need to get started. Even if you know how to play and are still very early on in your journey, this is still a cost-effective way of getting three new decks and a bunch of extras to round out your experience.

Whether you choose to learn with this or by other means, I wish you the best of luck in your first steps into the world of the Pokemon Trading Card Game!