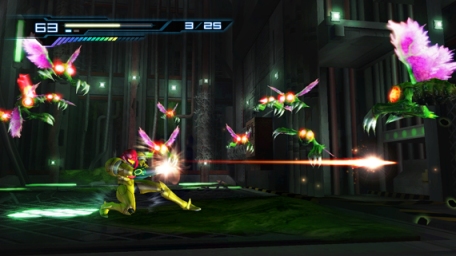 Not too long ago, it was discovered that Metroid: Other M had a game-breaking glitch. If you got the Ice Beam and killed the spiked enemy behind you instead of proceeding through the door in front of you, the door wouldn’t open, which would make it impossible for you to proceed any further.

Nintendo has a fix for this. Just don’t expect it to be that convenient.

Unlike the XBOX 360 or PlayStation 3, downloading patches to fix such issues is a non-starter. The system just wasn’t designed with that in mind. Instead, you’ll have to mail your save on an SD card to Nintendo.

I’m glad that Nintendo is not leaving gamers out in the cold, but this just sounds ridiculous to me. It’s a drag that Nintendo did not have the functionality in mind for patches when they designed the Wii, but there’s no point in crying about that now. If you’ve been affected by this bug, I hope this process is smooth for you.