Historically, fighting games have done a poor job of providing a good single-player experience and a horrible job at telling a story. Even 20 years after the release of Street Fighter II, the majority of fighting games simply boil down to fighting opponent after opponent, until you’ve beaten everyone in your path and receive your character’s ending. This does not make for an interesting one-player experience, or add any context to why you’re fighting opponent after opponent. To be fair, the BlazBlue series has tried to expand its single-player experience with a story mode, but that game’s story is so poorly written and presented that only the hardest of hardcore anime fans would find any redeeming value in it.

With that said, Mortal Kombat’s story mode is a breath of fresh air. It’s presented in a way that makes perfect sense to the mythology of the series and to the player in control. What makes it so great? And what could have been done better?

Unlike arcade modes in other fighting games that simply take you from one fight to the next, Mortal Kombat’s story mode is used to tell one grand story that involves all of the characters. If you’re familiar with the back story behind the first three games, you’ll have a good idea of what’s in store, though there are some notable twists based on this ‘alternate universe’ telling of the mythos. The story is linear, and each chapter of the story is broken out by character. In chapter 1, for instance, you’ll play as Johnny Cage. You don’t play as every character in the game, but every character does play a role. 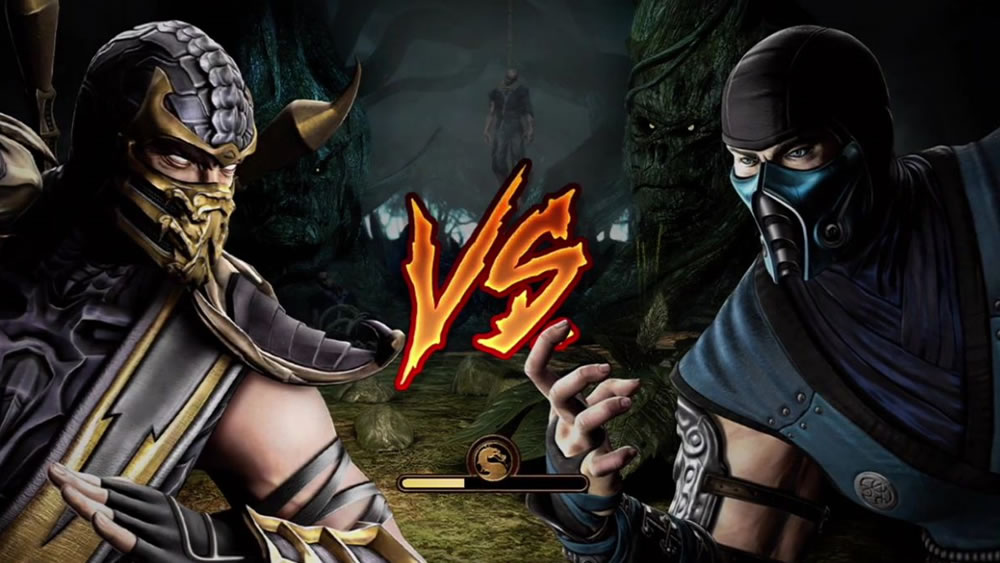 From the outset, every single fight you encounter is book-ended by cut-scenes, which are seamlessly integrated. These cut scenes follow the main story arc, while leading you into and out of every single fight. Even though some of the reasons for conflict are downright ridiculous, I love the fact that you’re given any sort of context at all. This game will not win any awards for spectacular writing or acting, but it doesn’t take itself too seriously and it tells its story as well as it needs to. I was entertained by the story I was playing through all the way to the end, which made it easy for me to play through. It boggles my mind that more fighting games haven’t taken this route, as it really does add value to the single-player fighting game experience.

What bogs it down, ironically, are the legacy fighting game and Mortal Kombat-specific conventions that have hurt the single-player fighting game experience since its inception. The painfully over-powered bosses in the game are quite infuriating to face-off against. Besides their insane damage output, they’re the only characters in the game to have hyper-armor, which means you cannot interrupt any of their attacks with one of your own. Unless you wait for a boss character to taunt your get into a state where they’re recovering from a move, their actions will simply cancel out your own, which can cost you upwards of 53% of your health in one combo. The only way to really win is to go against everything the game has taught you up to this point and to exploit some sort of hole in the AI. The only way I could beat the final boss was by leveraging an exploit in the AI’s logic, which definitely cheapened the ending for me.

Also, any sort of 2-on-1 match the game throws at you is usually not any fun. I understand the legacy behind the endurance matches and how they’re in place to add an extra level of challenge, but losing under these circumstances is never fun. They make you feel like you got cheated out of a win only because of the logistics of the match rather than any failure of skill.

For anyone making a fighting game going forward, please steal Nether Realm Studios core concept behind Mortal Kombat’s story mode and make it better. It’s crazy to think that developers haven’t been doing this for so long, because it’s such an obvious way to make the single-player experience better. It’s not perfect, but I’m glad to have played through it. If you’re interested in playing Mortal Kombat and are reluctant to duke it out online, story mode is a great way to experience the game and feel like you’ve accomplished something worth accomplishing. Combine that with the Krypt, the Challenge Tower and Mortal Kombat’s old-school arcade mode, and there’s a lot to do as a single-player fighting game player.

One thought on “Impressions of Mortal Kombat’s Story Mode”