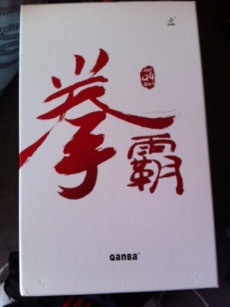 The Qanba Q4 RAF is one of the most sought-after fightsticks on the market for its ability to work with the XBOX 360, PlayStation 3 and PC right out of the box. If you have fighting games across multiple systems or regularly play in tournaments, then having just one fightstick that works with everything sounds a lot better buying multiple fightsticks to do the same thing. However, because of that key feature, this fightstick isn’t licensed by Sony or Microsoft, which means you’ll never be able to buy this at a regular store. Even tracking these down online isn’t necessarily an easy task, as the few online retailers that carry it are often sold out.

Luckily for me, I was able to purchase one at a tournament I was recently at. Let’s open this bad boy up together.

The Qanba Q4 RAF comes in a really nice cardboard box. The cardboard is of thick stock, and the asymmetrical cut along the side makes it look like it was cut diagonally by a sword. Nice touch. 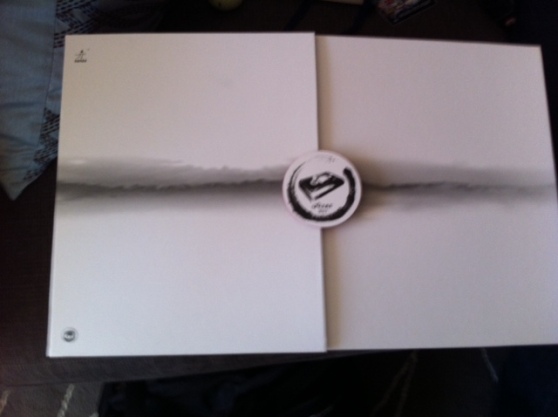 Pop off the lid and there’s still two flaps covering up the good stuff.

Flip open the flaps and you finally get to see what the box contains. Besides the fightstick itself, you get an XBOX 360 over the ear headset and an instruction manual that’s primarily written in Chinese. Mine also came with a picture of Team Japan 2 from the 2011 Canada Cup, but I’m not sure if that just came with mine because I bought it at this particular tournament. 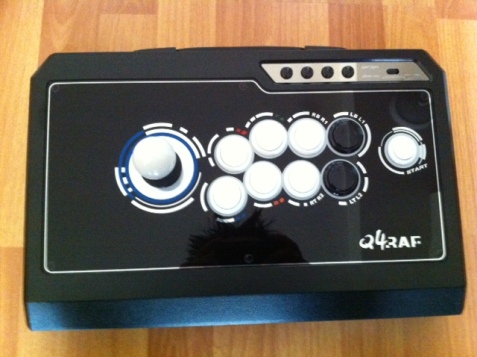 Removed from all of its packaging, this is the fightstick in the flesh. If you’re wondering how big it is, it’s about the same size as a Mad Catz TE. I’ve posted a comparison shot below. 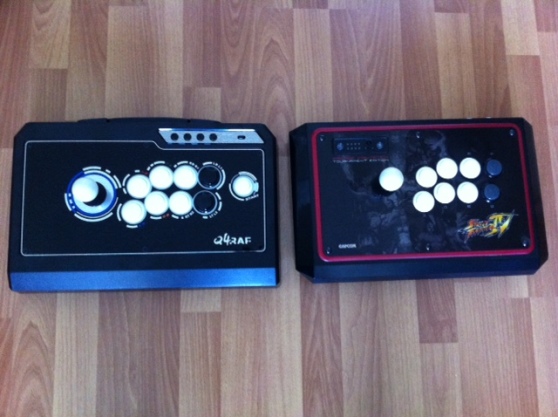 Come back next time for a full review on the Qanba Q4 RAF!