Achieving perfect balance in a fighting game is essentially an impossible task. As long as a fighting game features unique character designs, there’s always going to be instances of certain characters seemingly being better than others. Still, the closer we can get to the equilibrium, the better the game will be, as players want a game where every character is a viable option.

A few months into Dragon Ball FighterZ and we’re now getting a clear idea of who is good and who isn’t. At this point, about 1/3 of the cast basically isn’t in the game, whether you track usage among online players or in tournament play. If you want to get more cynical, there are borderline characters like Gotenks, Piccolo, and Captain Ginyu that may not be worth the effort, either. There’s still much work to be done in order to get these characters to the next level.

Now that we have a better understanding of how the game works, let’s analyze some of the bottom tier characters in terms of why they currently suck and how they could get better in the future.

My picks for bottom-tier

Why do these characters suck in comparison to the rest of the cast?

There are many reasons why this sad assortment have fallen behind. Let’s list off a few of the big ones.

In a game where virtually everyone is fast and mobile, one of the only real differentiators when it comes to normal moves is reach. This puts characters with short-ranged normals such as Krillin and Teen Gohan at a huge disadvantage. While Teen Gohan can only punch a few pixels in front of his face, characters like Android 16 can simply jab them from a distance to start a massive combo. Or while Krillin has a puny hitbox for his crouching launcher, Goku Black completely protects himself while covering a quarter of the screen.

Other characters are hurt in different ways. For example, Majin Buu’s standing light attack whiffs on crouching opponents because the hitbox doesn’t reach low enough. This really limits his ability to apply pressure, especially when most people block low by default. Nappa gets burned in that his far-reaching crouching medium attack doesn’t actually hit low, despite looking like an actual sweep.

How to address the bad normals issue

There are obvious fixes that can be made in terms of giving characters larger hitboxes, but I think the real challenge with balancing this element of the game comes down to the overall tuning of mobility. Traditionally, characters with long reach are penalized with limited movement, but everyone in this game is fast and has the ability to air dash, nullifying that penalty. I wonder if more dramatic changes to the overall gameplay systems are required to normalize this phenomenon.

Having Nappa use the Saibamen as part of his move set is a great nod to the source material. In its current implementation, it hurts him more than it helps. It takes too long to plant one unless you’ve built an entire team and game plan around planting Saibamen, and once they’re on screen, they simply don’t do enough in most cases to impact the game. For all the weaknesses Nappa has been hit with in order to compensate for the Saibamen, it’s simply not worth it.

Krillin has a host of impractical tools. While it’s neat that he can throw multiple Destructo Discs, the extra costs of meter to perform it doesn’t make it worth it most of the time when you can usually do team supers instead for more damage and less meter. His rock can be used as a wake-up pressure tool, but characters like Tien and Android 18 can do it better with Chiaotzu and Android 17. Most problematic is his Senzu Bean. Appearing randomly when you try and throw his rock, it’s general scarcity makes it difficult to rely on. Furthermore, if your opponent gets to the bean before you do, they heal instead.

How to address the impracticality issue

It will require some rework to these characters in order to find the right balance. As it stands though, these tools simply aren’t worth the effort.

Zoning Tools in a Non-Zoning Game

Frieza should be a zoning juggernaut. He has a myriad of projectiles that in theory, would keep opponents at bay. However, the game at a root level isn’t tuned for this play style to succeed. Every character has tools to either blast through his projectiles, or weave around them. On top of that, what good is it if Frieza lands three fireballs but the opponent gets in on the fourth and he eats one combo that did more damage than the fireballs did?

Beerus has it even worse. His entire design is built around flooding the screen with projectiles, but opponents can simply super dash through all of them. As a character designed around screen control with no tools to control the screen, he doesn’t really have much of anything to work with.

How to address the zoning issue

I think this one is a tough one to crack. So much of how the game is designed at a root level is designed to be an in-your-face fighter, from the ability to home in on your opponents from anywhere on the screen while charging through most ki blasts, to Vanish attacks that immediately cut the distance, to the tremendous rewards you get in terms of damage and positioning when you fight in close. On top of all of that, you still have to be respectful of the source material in terms of how characters move and their fighting styles. I don’t have an answer to this, but I think a larger reconsideration of the game as a whole needs to happen before Frieza, Beerus, or zoning as a play style can thrive in this engine. 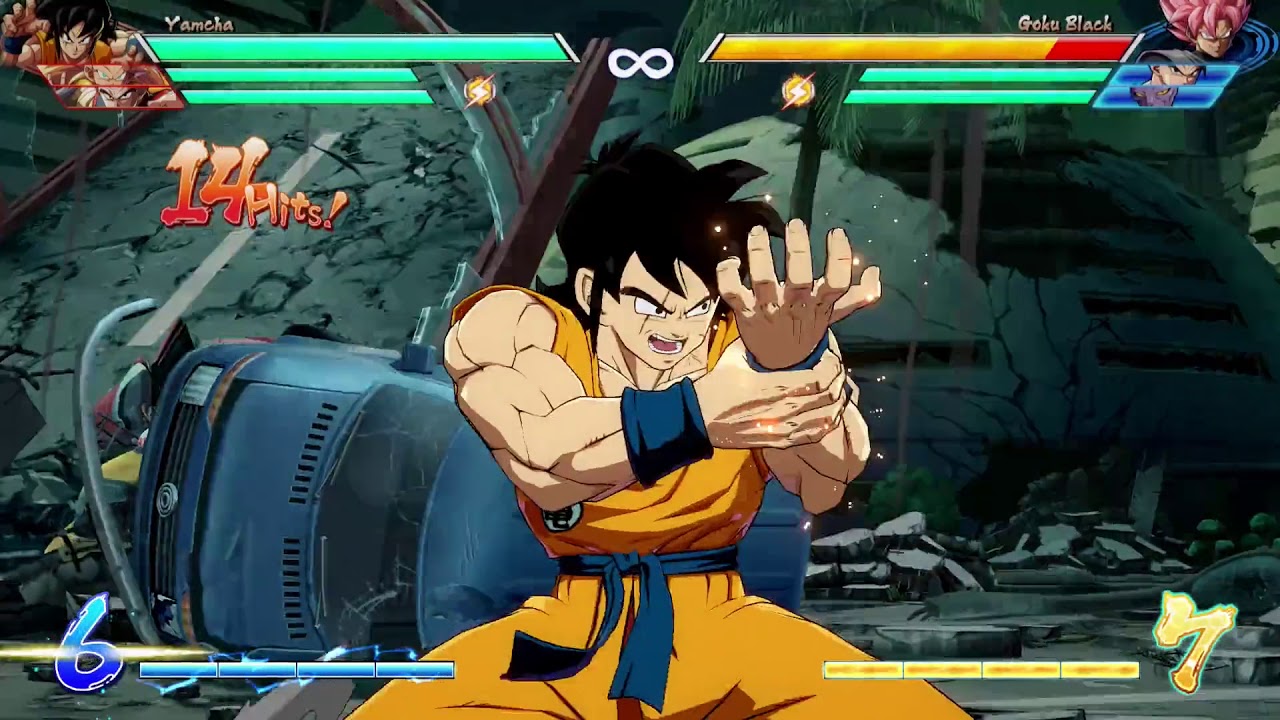 The game already has a “Goku” problem, where multiple versions of the same character clog the roster. On top of that though, there are characters that simply don’t have a place in the meta because there are better versions of that character in the game. Teen Gohan and Adult Gohan have similar moves, but the differences make the older one a monster and the younger one a fly on the wall. SSGSS Vegeta is a slightly more damaging point character compared to his regular version, but sorely lacking in the assist department. Not many people would think of Yamcha fitting into this department, but he does. He is a ground-based fighter who relies heavily on left-right mix-ups. Essentially, he’s Hit, but with worse damage and tools that aren’t as tricky to deal with.

How to address the redundancy issue

The source material makes this one tough, as you’ll inevitably run into multiple iterations of Goku, Gohan, and Vegeta in any Dragon Ball game. However, more needs to be done with their respective tool sets to make them stand out and worthwhile to use. 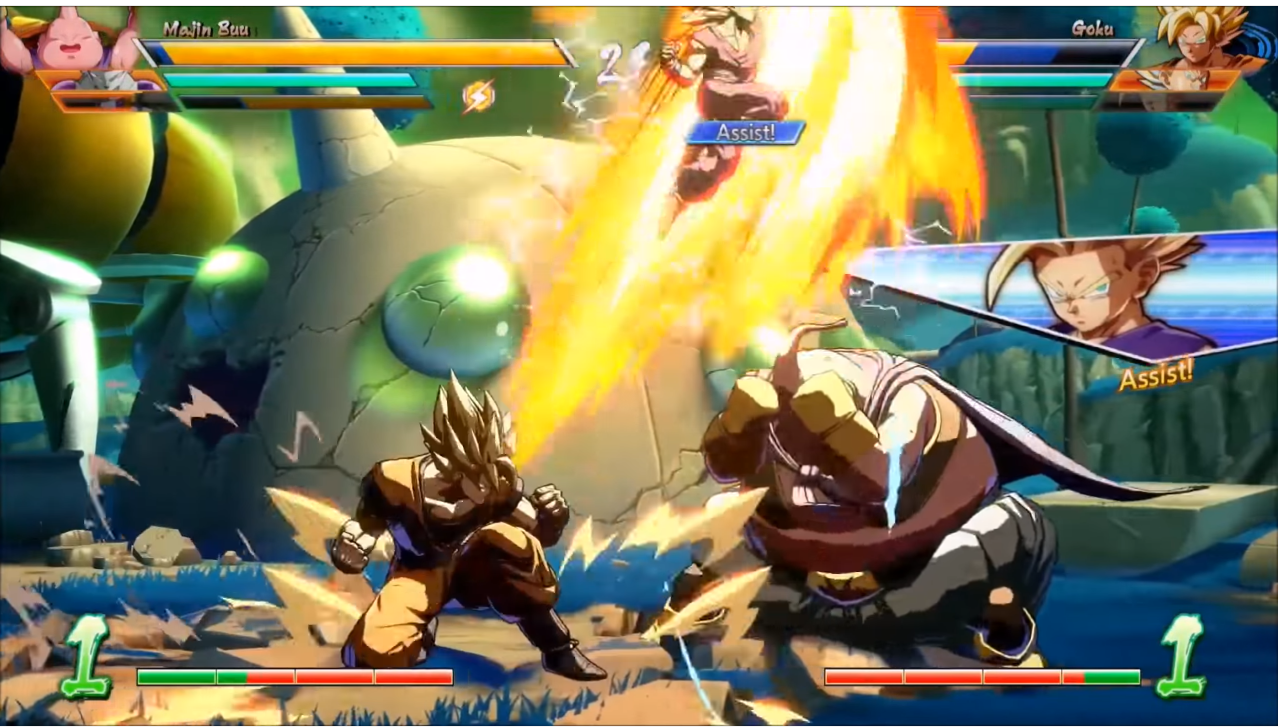 Bad as an Assist

Regular Vegeta is a ho-hum point character at best, but his amazing ki blast assist is such a good tool that players will sacrifice strong point play from all three characters in order to have him provide cover fire. Not only are these characters weak up front, but they’re weak from behind too. There are better pressure tools than Krillin’s rock, and you can’t rely on the Senzu Bean to heal you. SSGSS Vegeta’s downward blast is slow and doesn’t really give you much on hit. As for Beerus’ orb, once again, opponents can simply super rush through it.

How to address the assist issue

There are two things I’d like to see happen here. One, adjust these assists to make them worthwhile. Two – and this is a larger system-level change – give every character access to multiple assists. Having only one assist per character has proven to greatly reduce team composition variety, as players are heavily relying on the same sort of character framework to take advantage of key assists, such as Vegeta’s ki blasts. Gaining this as an option would go an incredibly long way towards making characters viable while adding more depth and creativity to the mix.

While every game is going to have some characters that seem to be stronger than others, Dragon Ball FighterZ is suffering from a gap between the haves and have nots that will only widen further with time. Even now, this third of the roster is largely irrelevant, to the point where even the new DLC characters Broly and Bardock seem like better choices right out of the gate. Not too familiar with how frequently Arc System Works updates their fighting games, but I do hope to see many changes in the near future to make this game the best it can be.