A few years back, I bought Dead or Alive 5 almost on a lark. It was part of an EB Games one-day-only sale for an incredibly low price and my curiousity got the best of me. As a fighting game enthusiast, I figured a few bucks here could at least give me a base knowledge of what the franchise was about, beyond the obvious fan service factor. To my surprise, I found a quality fighting game underneath the scantily-clad characters and exaggerated…physics. Though I didn’t stick with the game for too long, I came away from it far more enthused about its gameplay than its saucy presentation.

Had I not run into that deal-of-the-day with money to burn, I probably would still be a stranger to the franchise, as the stigma around its provocative presentation has been a deterrent for me. I imagine many others feel the same way. However, with the recent announcement of Dead or Alive 6 at E3 2018, it looks like Koei Tecmo wants to change that.

When I first saw the Dead or Alive 6 announcement trailer, I immediately noticed that Kasumi, the face of the franchise, was in a muted body suit that downplayed her physique. Turns out this wasn’t by accident. In an interview with IGN, producer Yohei Shimbori said, “We wanted to make a more cool and mature Dead or Alive this time, and to that end we made a conscious decision to make the characters less sexualized”. He later noted that while the characters will still appear attractive, their goal was to design them as fighters first.

It’s an interesting shift in philosophy for Koei Tecmo. The legacy of the franchise was built around the visual wow factor of its characters. Their approach also moved at least enough units to keep the series going today. How much are they alienating their core consumers by downplaying the sex appeal?

On the other hand, it seems like the potential audience for this game could be worth chasing. In a post Street Fighter IV world, the genre has found its footing in modern times, with old and new franchises selling millions of copies and living extended lifecycles off the strength of eSports. Regardless of your views on modesty, the way that Dead or Alive approached its presentation was proving to be a deterrent to a larger player base that could really get invested in its gameplay. 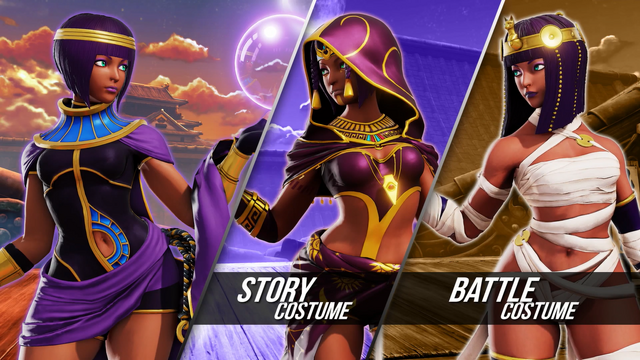 What gives me hope is that I think there’s an attainable middle ground. For example, Street Fighter V oftentimes finds a good balance between sexy and raunchy. Granted, some of their outfits can be too hot for ESPN, but I think there’s a way that Dead or Alive can still maintain much of its sex appeal without having to resort to gravity-defying physics or borderline nudity.

I am rooting for Koei Tecmo on this one. As much as it may miff some of its core base, I feel like they have a lot more to gain if they tone it down a bit while showing the world how serious it can be as a fighter. Its chops were mostly there to begin with, so maybe with a bit more polish and some slightly more modest costumes, the franchise could soar to new heights.