A thread on r/twitch garnered a lot of momentum and caught my eye a little while back. Titled “It is ok to give up.“, u/LostLibrary details the story of his friend who has ruined his life in hopes of chasing his dream to become a streaming superstar. Giving up on work and school, yet not being able to get his streaming venture off the ground, has put his friend in a really tight spot. He now finds himself homeless, living with his friend while working a fast food job in an attempt to get his life back on track.

I’m sure his story isn’t the first of its kind and certainly won’t be the last. Reading the thread got me thinking about my expectations for streaming, for In Third Person as a whole, and the concept of expectations relative to chasing lofty goals.

First off, I want to put it out there that there’s nothing wrong with chasing your dreams. People do it every day and there are people out there who succeed every day. I don’t ever want to discourage someone from trying to be that next success story, but the reality is that many of those dreams often fail due to reasons beyond our control. Primarily, in highly-sought-after positions, there are way more people vying for that position than there are positions to be had. Even if you are the best of the bunch, the math may simply not work in your favour for any number of reasons. 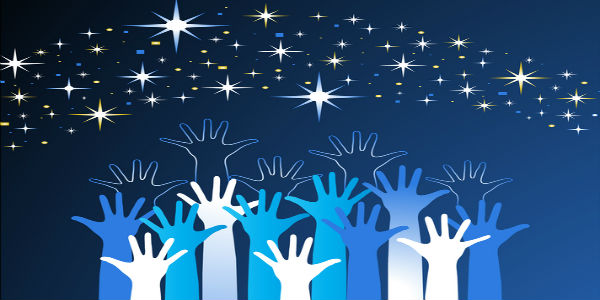 Video games media isn’t any different than that. Whether you wanted to be the next Sushi-X writing reviews for EGM, or the guys from Giant Bomb who added a level of personality in the world of games journalism, or if you want to be the next Ninja, who garners over 100,000 people every time he turns on his camera. Many people want those spots, there aren’t that many of them out there, and the tools to put yourself out there are more accessible than ever. Theoretically, a WordPress account, a Twitch account, and a webcam could be all you need to be the next sensation. That barrier seems low enough that many people make the effort to chase that dream.

The reality is that the odds of “making it big” to the level of the aforementioned examples are really slim. Regardless of how good you are or how hard you work, there are many reasons for why that dream may not pan out the way you hope it would. It becomes exponentially more difficult if you don’t have the talent or ability as others out there. You could go all in on it to be the best you can be, but is it worth giving up your livelihood and relationships for that sliver of hope that you’ll be the next big thing? Maybe it is, and if so, I wish you all the best. If things don’t work out though, I really hope you have a backup plan so that your life doesn’t crumble into complete disarray.

I’ve chased a similar dream before. I graduated with honours in radio broadcasting with hopes of making it as an on-air personality. Within a few months of my first on-air gig, I got let go due to financial reasons that had nothing to do with my performance. After applying for hundreds of other jobs around the country with no luck, I got a job in the promotions department of a radio station in hopes of at least keeping my foot in the door.

Maybe had I stuck it out a bit longer, I could have caught my break. But to what end was I willing to wait? I worked in a job that I didn’t like for years, holding onto the slightest hope that I could someday get my demo heard from within. I was still making most of my income working as a stock boy at a pharmacy. When push came to shove, it seemed like I would be better off adjusting my career trajectory. Since the career change, I have maintained a job in the advertising industry for about a decade that allows me to live a lifestyle I’m happy with. Maybe in an alternate universe, I would be the morning radio show host of my favourite radio station. However, my trajectory strongly indicated that this was a path to jobs I didn’t like, low pay, never reaching the ultimate goal and living an unhappy existence for never getting there.

That experience really coloured my approach towards In Third Person. Having started the site just after graduating college with a diploma in advertising, writing about video games was not my primary directive. My goal was to establish my footing in the advertising industry, and the website would be my passion project that I maintain during my free time. During the first year of this site’s existence, it was nothing more than that, as I would be surprised on days where it got more than zero pageviews.

In late 2010, the site began to pick up some momentum. A front-page feature on wordpress.com gave me a huge one-day traffic spike, and I’ve done everything I could to keep that momentum going. In the years since, this project has made me a little bit of money, connected me with many other awesome content creators around the world, and while I would have continued doing this if no one was looking, I’m thankful for those who give my writing and videos a chance.

Streaming for me is simply a continuation of the In Third Person experience so far. I’ll continue to work on it as a hobby, and if it takes me anywhere, that’s awesome! Should the time come where I can “safely” quit my day job and make video game content for a living without taking a massive hit to my existing or future livelihood, then that would be a much easier time to make the jump. However, for the sake of my family and I, I’m not making a wild and blind leap of faith for it. Let’s continue to make content I’m passionate about at a level of quality I’m proud of, build this ecosystem at a pace I’m comfortable with, and go wherever this journey takes me.

3 thoughts on “Expectations for Streaming and Other Lofty Goals”