For months now, I’ve been preparing to upgrade my PC. Though I’ve never done anything of the sort, I’ve had friends coach me on what parts to buy and how to install everything. As soon as all of the parts came in, I cleared off the kitchen table, got a screwdriver, and got to work. This is my story of PC upgrading failure.

I know I didn’t get a high-end graphics card, especially in light of the 20 Series graphics cards just being released, but I will say the packaging for my Asus GTX 1060 was very nice. Lots of padding, caps on all of the plugs, and slick packaging made it feel like I was buying something cool and powerful. Unboxing that card was certainly a high point.

Here’s where we started running into some road blocks. On the back of the graphics card is a metal plate that protects dust from entering the card. There’s a metal flap that hangs over the side of it that was a bit too long for my case. We had to unscrew that to make it fit properly, which will also expose the card to the elements. Gonna have to find an alternate solution to cover that up.

After sorting through another mix-up with the old graphics card, I hooked everything up, closed the casing, and plugged the computer in. I hit the power button and…nothing. The computer was not drawing power. Already having called my friend Mike a few times leading up to this point, we spent a few hours on Facetime troubleshooting. Made sure everything was plugged in. Tried the old power supply and that worked fine. Tried different combinations of cables to see if that worked. Even did a “jump start” test with a paper clip to make sure the power supply was working. Almost electrocuted myself a few times too throughout this troubleshooting process. Everything up to this point passed. 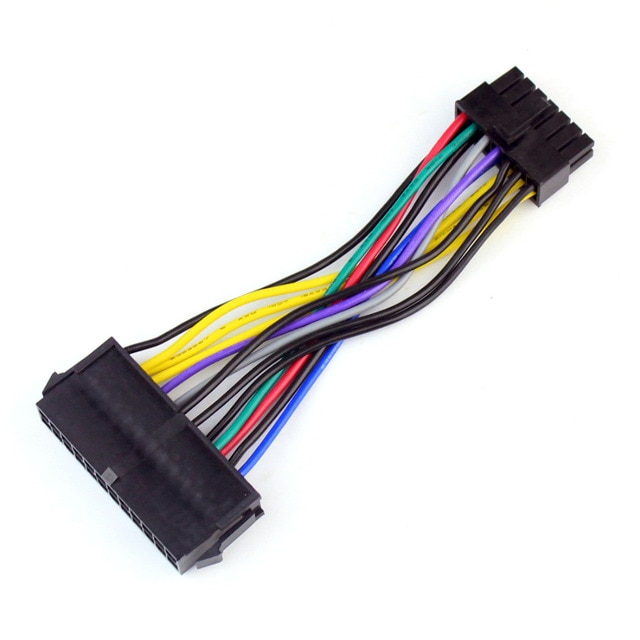 After hours of toiling in front of this computer, Mike think’s he’s figured out the culprit. Once he realized that I was working with an IBM PC, he determined that there was a compatibility issue between the 24-pin plug on my new power supply and the 14-pin socket on the IBM motherboard. Simply plugging in the power supply into the motherboard wasn’t creating power because the motherboard needs a specific combination of inputs for it to work. With some Google searching, we were able to find a solution. Multiple sellers were offering a 24-to-14 pin PSU adapter, though they’re all shipping from overseas.

The bad news is that my upgrade is going to have to wait a bit longer. Sucks to have gone through all the effort for it to not pan out as planned. The good news is that I now have the first-hand experience of getting my hands dirty with hardware upgrades. Always had an aversion to upgrading PC hardware, but motherboard quirk aside, this didn’t seem nearly as daunting as I’d made it out to be in my head. Thank you to my wife and the real fixer of our house Steff for working with me on this project. Also thank you to Mike for providing tech support via Facetime for way too long!

3 thoughts on “My Failed Attempt at Upgrading My Streaming PC”