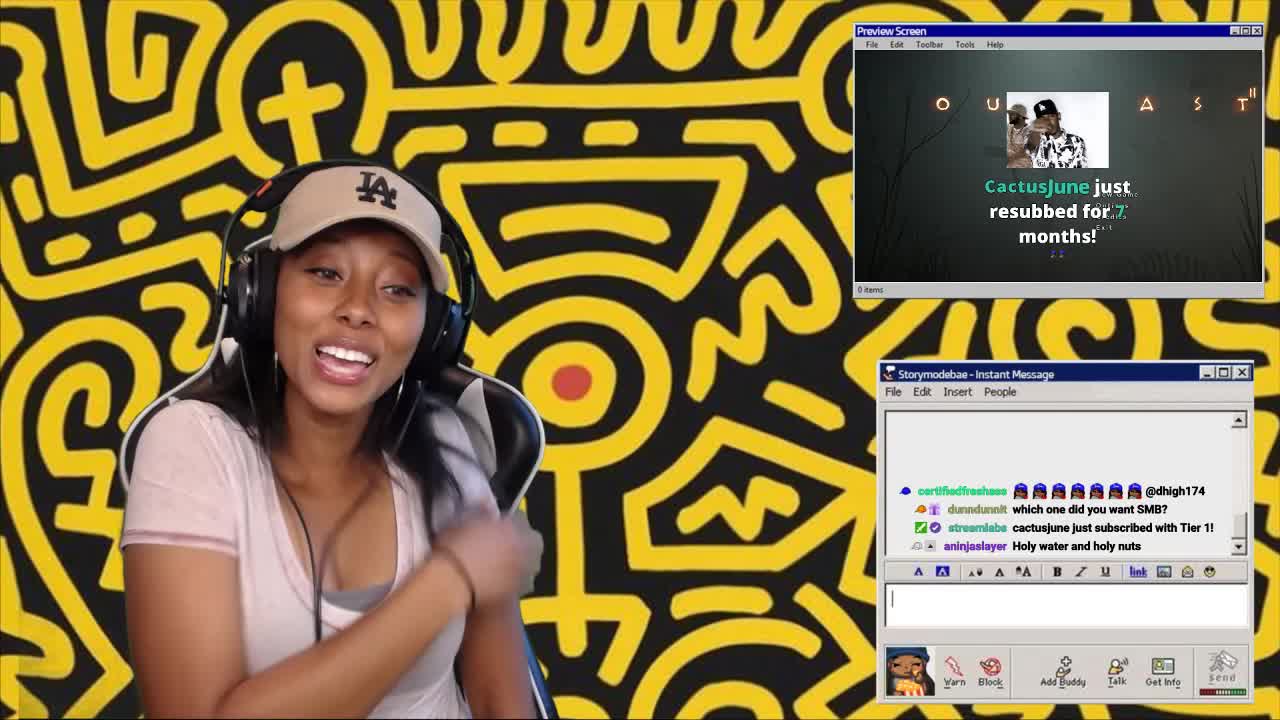 What attracts viewers to a streamer? The particulars of that answer are highly-subjective and vary from one streamer to the next. But in the broadest of terms, viewers carve time out of their schedules to take in the value that the streamer provides. The better a streamer is at understanding their value and delivering on it, the more likely they are to gain and retain the audience that is looking for what they offer.

I’m still working on figuring out my value as a streamer. Besides trying things out on my own to see what works, I’ve taken a keen interest in observing streamers of all sorts. What makes other streamers successful at what they do? Here are a few that have caught my attention and some of my notes on why they succeed!

The news is out on Twitch’s Instagram so I can FINALLY share this amazing news! I’m so honored to be a @Twitch Ambassador for 2020! Thank you thank you thank you for supporting me during this journey, we’re only going up from here! ✨ pic.twitter.com/kaIXIiTAgL

Briana loves playing single player games with a story. I enjoy playing those types of games as well, but I really struggle with them as a streamer. To me, it’s hard to find the right balance of letting the game tell its story while also adding my own value on top. If I just play the game straight up, then I’m offering little value that a viewer couldn’t get from watching any other streamer or just watching a VOD.

Storymodebae goes about this challenge by adding just enough sassy/meta commentary throughout. She’s able to add her own context to every scene without taking it over or resorting to generic reactions. Being able to build on a game’s narrative in real-time as you’re playing and engaging with the chat is a skill.

She also hosts a show called This is Dope. She uses her platform to spotlight other streamers. This is an awesome way of growing the overall community while building positive relationships with other creators.

The former CEO of Counter Logic Gaming and current Chief Marketing Officer of streaming talent agency N3RDFUSION, Devin Nash sets himself apart by sharing his wealth of knowledge within the world of live streaming and esports. When I watch his streams or his VODs on YouTube, I feel like I’m sitting in on a school lecture about understanding the live streaming landscape and how to find my place within it. As someone with a deep interest in growing as a streamer, he’s a fantastic resource.

One of his most fascinating streams involved an extended working session with Amouranth. She might be one of the biggest streamers on the platform, but it was eye-opening to see them work through her challenges and see that she still wants to learn more and get better at her craft.

He’s also one to embrace his hobbies outside of serious industry discussions. From time-to-time, he’s showcased his dancing skills to great effect. For a long time, Twitch has been a platform where streamers were largely forced to keep their content hyper-focused (as narrow as one game) to retain their audiences. I’m starting to get the sense that audiences are warming up to the idea of enjoying different types of content from one creator. Really hope this is the direction we’re going for the sake of everyone involved.

Tominationtime caught my eye one day when he was featured on the front page of Twitch. Using a three-cam setup in his home gym, he was answering fitness-related questions while walking on a treadmill for hours at a time.

Besides being able to offer fitness and diet related advice to viewers in real-time, he has a knack for keeping things entertaining. He’s a geek too, which he embraces throughout. This is most apparent in the way that he constantly uses overlays, music, and sound bites as a means of turning scenes into memes.

He does this thanks to to one of the most insane uses of the Elgato Stream Deck I’ve seen yet. According to him, he has over 300 scenes programmed into his deck. Cycling between them every few seconds, it keeps viewers on their toes while giving the show an added layer of production value.

It’s not just the number of scenes that counts though. He groups scenes based on the emotions he’s trying to create in that moment. Whether he’s playing music from the Dragon Ball anime while lifting weights or a grayscale filter and horror music to punctuate a creepy moment, he uses every scene to amply the emotion.

For streamers with ambitions of improving their content and growing their channel, there are a lot of awesome creators out there to take inspiration from. Even if these are creators whose niches are outside of what you want to achieve, there are lessons to be learned from them all. The next time you’re on Twitch or any other streaming platform, browse around, see what works for other streamers, and think about how you can incorporate elements of what they’re doing into your work.

Writing this post was a lot of fun! I think I’ll come back to this format at some point to highlight other streamers or creators with an eye on what makes their work successful. Stay tuned!