Fog is setting in. Knifey McStab, Charlotte, and Marla have their hands full against a horde of zombies. Having retreated in a previous turn, I wan’t close enough to help my allies by stabbing a zombie with my rapier. Digging deep into my repertoire, I grabbed some tinder off the dry ground and use magic to create four makeshift torches. Before ending my turn, I launch them towards the heat of battle, allowing my party to finish the fight with a clear view of our opposition. As icing on the cake, I kick on the Auto-Tune to sing the song that a bard would when lighting the battlefield for their comrades.

This past weekend, I had an amazing time playing and streaming Dungeons & Dragons for the first time. Thank you Jason, Kris, Rachel, Mat, and Jon for sharing this experience with me. Though it’s literally taken us years to set this session up, my journey to get here goes way further back.

I grew up in an age when people didn’t want the identity of “nerd” or “geek”. Those terms were strongly associated with a specific look and other less-than-desirable attributes. Despite me embracing certain aspects of the culture, there was no chance in hell that I wanted to look or be classified as part of the stereotype. 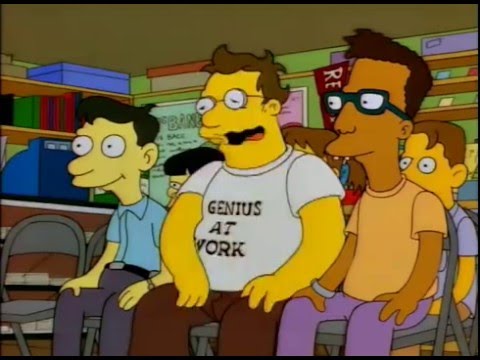 Born out my rigid perception of what being nerdy or geeky meant was something I called “The Hierarchy of Nerdiness (TM)”. Every possible hobby existed on this hierarchy, arranged from most-to-least nerdy. In my own head canon, I was keenly aware of how nerdy things were relative to one-another, as well as where I drew my line. The hierarchy looked something like this:

Anything above my line was something I didn’t want to touch with a 10-foot pole. Part of that was lack of interest. Even in my more mature state, I have no interest in LARP. However, most of my biases against the other activities were formed mostly because they were activities associated with our traditional perception of what a nerd is/was.

The labels don’t quite have the weight that they used to. Computers used to be mysterious devices that only nerds used. Now grandmas use their smartphones every day to post memes on Facebook or to Facetime their grandchildren. Much of what used to be defined as geek culture is now simply a part of popular culture. If anything, the tables have turned in a weird way, where jerks will shame others for being “fake nerds” or what have you.

Nevertheless, I carried this bias against activities I would deem as “too nerdy” for a long time. Will admit that I was well into my adult years before finally shifting my mentality for the better. Had it not been for a few key events, I might have harboured my toxic perceptions to this day.

Going to conventions such as Fan Expo really opened my eyes to hobbies that I wasn’t familiar with. Whether they were role-playing fans with LARP-ready weapons, gamers in line at the Nintendo booth, or children dressed up as their favourite superheroes, there was no room for biases here. It was simply a gathering of people who love what they love and were proud to express that however they wanted.

Not long after, I discovered the virtues of board games. Having been tricked into attending a board game night, I thought that board games only consisted of the kiddie variety. As it turns out, the hobby has exploded over the past few decades with incredibly fun games for all audiences. Had I kept my preconceived notions up, I would have missed out on these incredible games and a pastime that’s entertained me, my family, and my friends many times over.

Even within the “cool” hobbies on my hierarchy, there are incredibly geeky aspects to them. Case in point, fantasy sports. Millions of sports fans take their fandom to the next level by managing their personal rosters and finding great value in the numbers that their players produce. In many ways, it’s no different than any other simulation game.

Though it took me a long time to work through it, I finally came to the conclusion that hobbies aren’t supposed to be ranked on a “coolness ladder”. Hobbies all exist on the same plane. As long as you’re not being hurtful to others, you’re free to enjoy them with whatever level of passion and commitment you want.

Which takes us all the way back to our Boss Rush Dungeons & Dragons stream. I had a blast and am excited for us to continue our campaign into this mysterious and moist underground area. More importantly, with the help of friends I hold near and dear, I broke down yet another mental barrier that’s prevented me from experiencing the great hobbies that our world has to offer.

You do you. Enjoy the hobbies that you like with everything you’ve got. Push out the negative energy cause it’s simply holding you back. And for those doing the judging and gatekeeping, it’s never too late to develop an understanding and empathy for others and their hobbies. I’m living proof of that. Still have a lot of work to do, but I’m trying my best to improve. Let’s work on being better by letting go of our biases and judgement. We won’t know what we’re missing out on until we open ourselves up to try new things, let others have fun, and let ourselves have fun too.