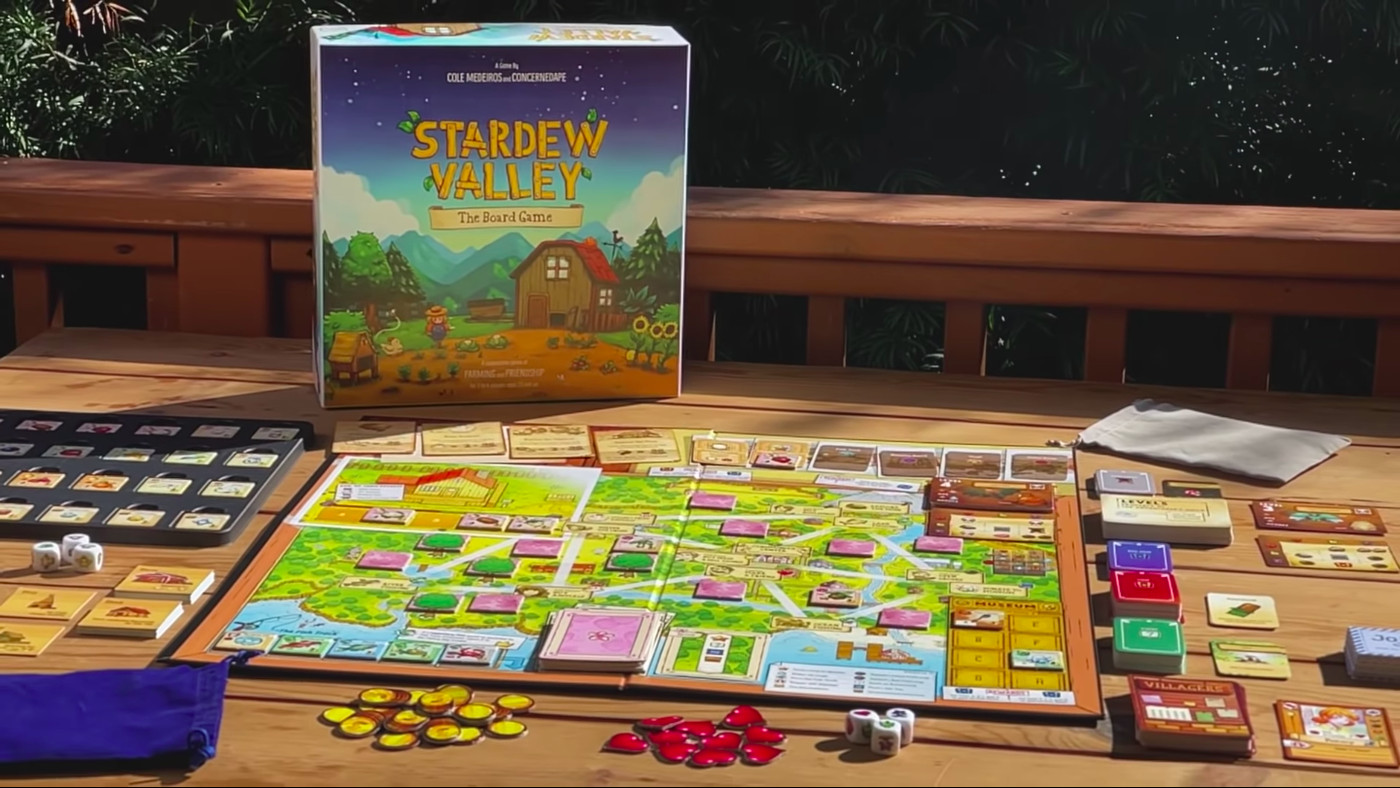 Board game adaptations of video games have existed for almost as long as the medium has existed. For instance, one of the neatest games in my board game collection is a copy of Berzerk; based on the 1980 arcade game. Of course, we can’t forget to mention the Pokemon Trading Card Game, which continues to be an absolute juggernaut in the tabletop gaming space.

But the latest franchise to go analog is…Stardew Valley?

The wildly-popular farming simulator doesn’t immediately strike me as one that would intuitively translate to the realm of board games, but its premise is interesting. In it, farmers must work together to complete grandpa’s goals and revive the rec center in order to prevent Joja Corporation from taking over. You’ll do so by taking part in many of the activities that take place in the video games: farming, taking care of animals, mining, fishing, and more. You can even get married in the board game! Hey Hal…Abigail.

While I don’t necessarily need my board game adaptations of video games to be 1:1, I greatly appreciate it when its gameplay and presentation at least operate within the spirit of the source material. It shows that the designers care about the franchise they’re working with and finding ways to reimagine that experience in a different medium versus slapping video game art on a tabletop game. Based on a quick scan of the rules, it seems like many of the game’s core elements are represented in some fashion.

As tabletop gaming has grown in popularity, more board game adaptations of video games are shifting towards custom-designed games that capture the essence of their source material. The board game adaptation of This War of Mine is one of the highest ranked board games on Board Game Geek, the #1 online source of board game information. Other video games that have made the jump with custom-designed tabletop games include StarCraft, Fallout, Dark Souls, The Witcher, Portal, and many more.

One of my faves is XCOM: The Board Game. This game tasks you and your team to defend against an alien invasion by shooting down UFOs, sending soldiers off on missions, researching alien technology, and more. One unique aspect of the game is that you play it with a companion app on your phone, laptop, or tablet, making it a hybrid experience.

Will Stardew Valley be the next great board game adaptation of a video game? I’m hoping to find out sooner rather than later! From what’s been shown of the game, it looks like a lot of work was done to capture the essence of the franchise in a compelling board game. Fingers crossed that it’s anywhere near as good as the video game!

As of writing, the game is now sold out on the official website. Also, it’s only being sold in the United States. However, thanks to the help of a few friends south of the border, I should be getting a copy of the game in the near-ish future. I’m looking forward to making this particular trip to the valley!