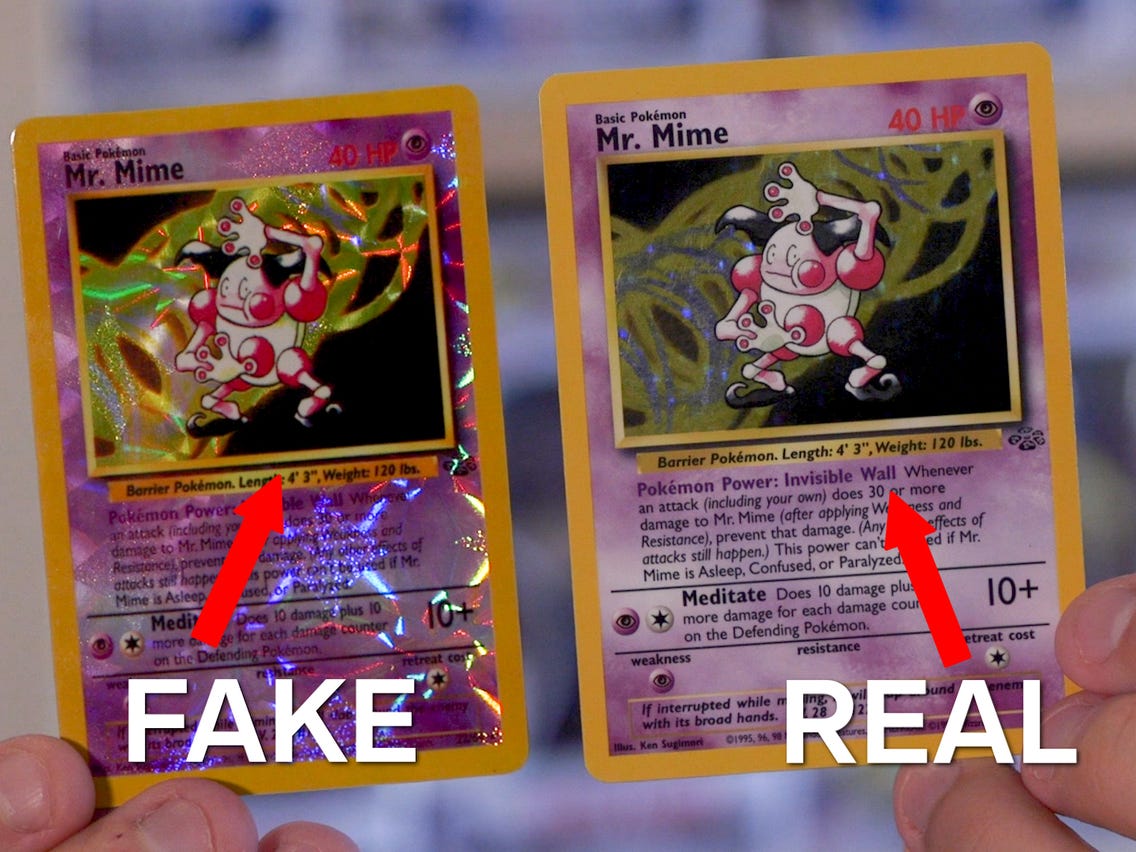 One of the lessons I have learned during this quickly-accelerating journey into the world of Pokemon TCG is that it’s easy to get ripped off when you buy cards. From insane markups to flat-out fake cards, being loose with your money can cost you way more than it should.

Based on my limited time in the scene, here are some things to look out for and ways of avoiding them!

Save for single booster packs, the pricing for Pokemon TCG products varies wildly from store-to-store. Most of the time, major retailers charge a bit more than specialty board game stores. For example, the Venusaur vs. Blastoise set is $50 CAD at Toys R Us and Indigo. Meanwhile, it’s $29 CAD at 401 Games. Though the Pokemon Center doesn’t seem to have this exact deck, it sells a similar configuration for $38.99.

Pricing isn’t always in favour of specialty stores. 401 Games has the Battle Academy set at $45 while most major retailers sell it for $30. Pokemon Center sells it for $26 though it’s sold out as of writing.

Even though many of these products are readily available almost everywhere, the pricing between stores can vary by wildly. Would hate to see you spend your hard-earned money on a set that you could have gotten for half price elsewhere.

Where possible, shop around at different local stores and online retailers available to you. I like to use Pokemon Center as a reference point. If you’ve stumbled on something and want to grab it quick, try and check at least one other retailer online before buying just in case!

Before Steff and I got into Pokemon TCG, we would buy repackaged cards from the Dollar Store because they were generally cheaper than the actual packs. They also offered smaller packages that only contained holos and rare cards. How could we possibly go wrong with these?

While I wouldn’t call these a scam outright, there are some glaring downsides to buying these cards. If you have any ambitions of collecting anything truly great, you won’t find any gems here. Those were all picked off before they were repackaged.

Even the “premium” packs with only rare or holo cards are only following the literal definition of those terms. Yes, the cards in those packs have holo foil or are rare in the sense that they are marked as such at the bottom of the card, but you’re never going to get a full-art EX/GX/V/VMax or any card with some semblance of market value.

Furthermore, while they might be better than an official booster pack on a cost-per-card basis, there are better deals on bulk bundles out there. My local game store sells bulk sets of 100 cards for $7 CAD ($5.67 USD), which is a much better value than the 20 card packages for $4 CAD ($3.24 USD) at my local dollar store.

Repackaged cards are fine when you’re in need of a quick fix. However, if you’re serious about collecting cool cards, building a bulk collection, or getting the right cards for your competitive decks, repackaged cards aren’t worth making repeated investments in.

When you order certain Pokemon TCG products from online retailers, they state in the description that they will randomly sell you one variation of the thing in the product listing. This is fine when you’re selling a booster pack, where its contents are completely random. It’s somewhat fine when you’re selling a collectible tin, where the contents are equally randomized and the only difference is the art on the front.

However, this randomization process is also done for pre-made decks. In this scenario, the random purchase isn’t between two different covers of the same thing. These are two different products with predetermined contents on the inside. Randomizing the purchase of a deck is as unjust as McDonald’s taking your money and flipping a coin to see whether they give you the Big Mac or the McChicken.

Though the easy answer would be to simply not buy from places that practice this, it’s sometimes your only option. My friend and Pokemon TCG rival Meghan Plays Games found herself in a predicament where the Venusaur V Battle deck wasn’t available anywhere except at one retailer who gave her a 50% chance of getting the Blastoise deck instead. With a 50% chance being better than 0%, she rolled the dice. Thankfully, she got what she wanted, but she was a coinflip away from having to go through the arduous return process for receiving something completely different. How many people have gotten the wrong deck and just settled? Any number higher than zero is too much for pre-made decks. I really hope this practice is abolished for pre-made decks and I urge you to put your money in retailers that actually give you the product that you paid for.

Based on the myriad of horror stories I’ve come across in Amazon reviews and Reddit, I’m absolutely horrified at the proposition of buying any Pokemon TCG products from an individual seller or a retailer I’m unfamiliar with. From tales of fake cards to resealed booster packs with all the good cards taken out, there are no shortage of bad actors trying to rip us off.

I have made the personal decision to only buy from major retailers or board game stores I trust that specialize in Pokemon TCG products. I will not trust third-party sellers on Amazon, eBay, or Craigslist. I can’t stop you from chasing that great deal on a rainbow Pikachu card, but please do as much research as you can before committing a ton of money on a scam.

Shopping for Pokemon TCG products is an expensive enough hobby as is. Do what you can to protect yourself from exploitive retail tactics and flat-out scams. Learn more about what you’re buying and who you’re buying from. I’m still learning and hope I can share more information on the subject in the future!