Becoming a master of every single character in any fighting game is really hard. Now that games have dozens of characters with nearly as many play styles and a countless number of moves to understand, reaching a peak level of effectiveness with everyone is prohibitively time-intensive for almost anyone. With only so much time one can spend on any given fighting game, most people lean heavily towards one main character and possibly a back-up.

I fully endorse the approach of learning every nook and cranny of one character. You don’t have to look very far for examples of people who have taken this approach, such as Smug of Dudley fame in the Street Fighter IV series. However, that doesn’t mean that any time you play with a character other than your main is a waste.

In this edition of the Universal Fighting Game Guide, we cover the virtues of character variety. No one will ever expect you to master every single character in a game, but so much can be learned by exploring the grass on the other side. Here’s how character variety can make you a better fighting game player.

It’s a matter of perspective

When you play a fighting game, you play it from the perspective of the character you’re playing as. As such, your views and understanding of the game is filtered through the experience you have with that character. Since each character is different, so too is their perspective. By only playing as one or two characters, you’re limiting the amount of things you see about the game as a whole.

I’ll draw from my own experience as an example. When vanilla Street Fighter IV was at its peak, I played as Akuma. As a newbie, I thought he was just Ryu with an air fireball and cool super moves. What I didn’t realize were all of the deficiencies in his game and my inability to push him to the limit. Having the lowest health in the game, you have very little margin for error. Furthermore, his offensive strengths involving tricky mix-ups or devastating combos were wasted in my unskilled hands. Had I simply given up at that point, I would have come to the conclusion that the game was just too hard for me to grasp.

Switching to Rose changed all of that. At the time, she was considered to be a far worse character relative to Akuma, and a bad character in general. However, playing as her taught me so much about the game that I couldn’t have seen in Akuma’s shoes. With Rose, I better understood the concept of spacing, as she excels in certain distances while floundering in others. Rose’s crouching medium punch got me to realize how important normal moves can be to an overall offensive approach, as many new players would fixate on flashier maneuvers. Once Super Street Fighter IV came out and Rose had the ability to activate Soul Satellite, learning to use it effectively became my knowledge foundation for mix-ups as a whole. Since then, I’ve put in a lot of time with man different characters, all the while building my overall knowledge and skill in the game in ways that would be much harder to do with just one character.

By looking at the game from the eyes of a different character, I saw a lot of things that I would have missed otherwise. Since then, I’ve made it a point to at least dabble in as many characters as I can in any fighting game, as there’s always something new to learn by doing so.

The benefits of character variety

Whether you have a general connection to grapplers, projectile-throwers or character designs that just look cool, you probably already have a general taste in characters. However, you never truly know what you’ll like until you try it. Rose, from a design and gameplay perspective looked totally unappealing to me at first. Then, with some practice, I found a number of things about her combat style that really resonated with me. When I started to better learn the game and win more often, any misgivings I may have had about her at first glance washed away. Until you put in a fair amount of time into that character, you never know if you’re missing out on someone that could take you farther.

2. You’ll probably learn something new about the game

My main team in Ultimate Marvel vs. Capcom 3 is Wolverine/Storm/Sentinel. While my Wolverine is solid, my skill with the other two pale in comparison. In particular, my inability to do flight combos put me at a distinct disadvantage. For fun, I would mess around with a team of Magneto/Dormammu/Doom, all of whom could fly. Over time, I eventually developed an understanding for how to pull off flight combos with Magneto. With this new knowledge under my belt, I was then able to bring that back to my main team so that Storm and Sentinel could do them too.

Let’s look at Street Fighter IV for another example. In that game, I did not understand anything about link combos. Even after reading guides and watching tutorial videos, I thought that a 1-frame link meant that the time gap between your initial button press and follow-up button press was 1 frame, or 1/60th of a second, leading me to mash out buttons really fast in hopes of connecting the two inputs. The reality is that 1 frame is a a timing window for when an input will achieve the desired result, but exactly when you hit that second button will vary based on when you pressed the first button. Part of that realization came from listening to timing between button presses on a fightstick in an episode of Excellent Adventures by Gootecks and Mike Ross. Making sense of it didn’t happen until I started playing as Cammy.

If I had stuck with Rose, developing my understanding of links would have been much slower than it already was. Her play style does not require much in the way of links, so that skill wouldn’t have gotten much exercise. As for Cammy, I wanted to play like Sako or Marlinpie. Both of those guys used a ton of link combos in order to get the most out of her, which I’d have to do as well to come even close to mimicking their style. With practice, I eventually grasped the concept of links. With that learning, my combo potential with any character is much higher thanks to the knowledge and skill foundation I built with Cammy.

3. You might find a better way to fight against that character

To put a spin on an old adage, in order to beat the man, sometimes you have to be the man. In the early days of Ultra Street Fighter IV, Decapre was mystifying. Zipping around the screen, she was a blur as I repeatedly fell for her tricks until being put out of my misery.

Playing as Decapre, I discovered a number of things that I wouldn’t have seen nearly as quickly just by fighting against her. For example, in a situation where Decapre is waking up, her Psycho Sting does not auto-correct very well in cross-up situations. As such, if she goes for it, she’ll usually swing wildly in the wrong direction, leaving her completely vulnerable to attack. For her Rapid Dagger, most versions of it aren’t safe on block, especially the heavy one. If a Decapre player’s Rapid Dagger gets blocked in close, they’re also wide open for attack. Finally, as an escape from her air Scramble mix-ups, jumping forwards or backwards is generally the easiest way to avoid that tricky situation completely.

Putting yourself in your opponent’s shoes gives you such a great perspective on how that character wants to approach a fight. It also makes you keenly aware of that character’s weaknesses. By understanding their quirks on an intimate level, you can then come up with a gameplan to exploit their weaknesses while nullifying their strengths. 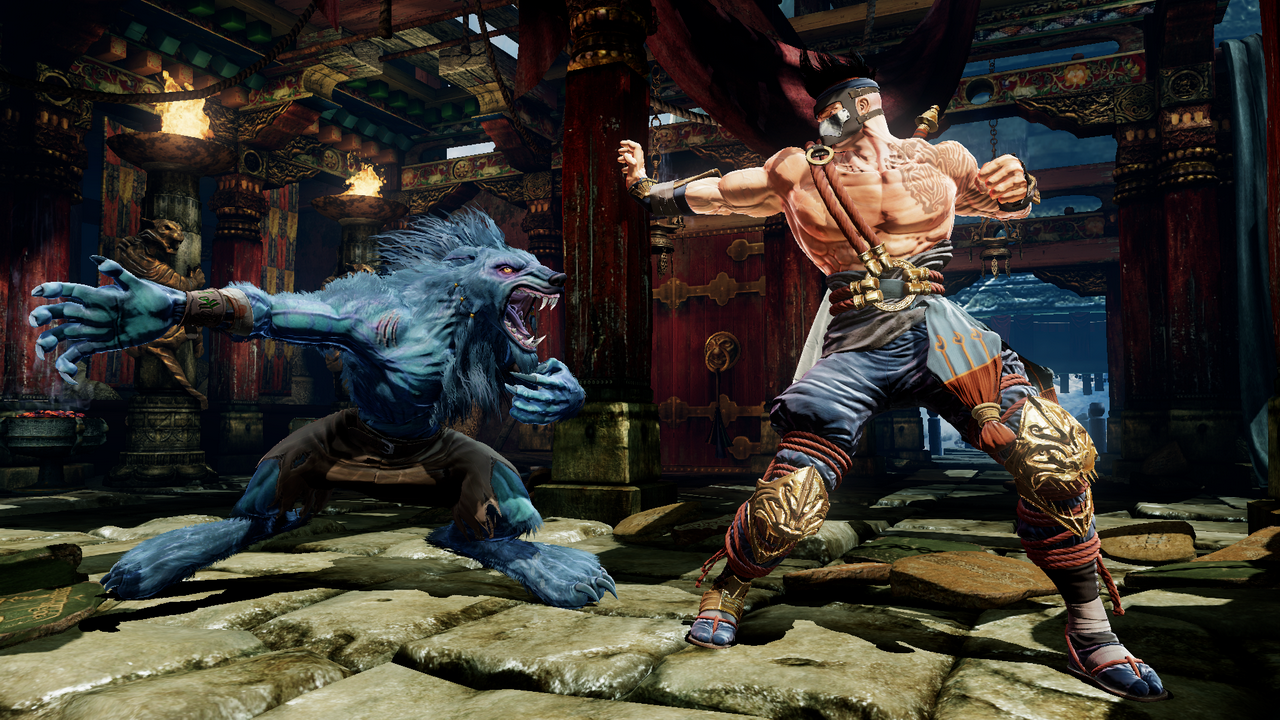 Unless you play as Akuma in Super Street Fighter II Turbo, odds are that your main character is at a disadvantage against certain characters. While I certainly push for players to try and squeeze the most out of their mains in situations like this, having a counter-pick character on deck is also a viable option. This is not something to take lightly, as the character itself won’t win you battles if you don’t put in the time to be good with them. However, if you do get better with them, you’ll now have a back-up plan for bad situations, while improving your overall knowledge and skill during the learning process.

The amount of work required to be a master of every character in a fighting game is prohibitively time-consuming. However, that doesn’t mean you should focus all of your efforts on one or two characters. Of course you’re going to want to develop a one main character, but your growth as a player can also come from trying your hand at learning many different characters. Since each character gives you a different perspective on how the game is played, your overall knowledge and skill is broadened by the experience of playing with others. Oftentimes, playing as others will help you develop certain aspects of your game faster thanks to the shift in perspective. Don’t be afraid to try something new!

One thought on “Universal Fighting Game Guide: Character Variety is the Spice of Life”