Street Fighter V is poised to be one of the fiercest video game battlegrounds for many years to come. With many players having cut their teeth on the beta leading up to the game’s release, the level of competition at the time of the game’s release was already high. If you just brought the game home, don’t be surprised if you get repeatedly trounced by online competition.

While there is an inherent learning curve to anything, you don’t have to suck at Street Fighter V forever. If you train smart, you can improve at a rate that will keep you engaged for the long haul. Here are a handful of tips that will hopefully guide you down the path to being the next great world warrior! 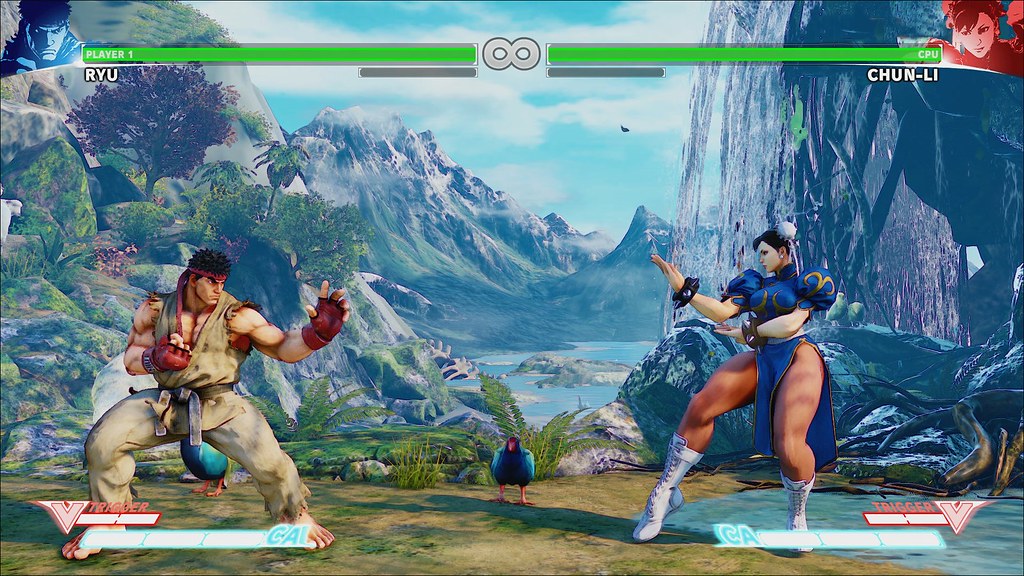 Recognize that this is a new game

This holds especially true for the many players who have been playing Street Fighter IV for the last few years. As familiar as the game might look, changes to the frame data, hit boxes and game mechanics make Street Fighter V a very different experience. You’ll realize this as soon as you start playing, as your favourite moves, strategies and tactics fall apart when you don’t understand how to apply them to this new game.

Of course there are transferable skills between fighting games, but let go of any preconceptions about your abilities going into Street Fighter V or any new fighting game. The more you stand on that, the more frustrated you’ll get when things don’t work the way you’d anticipate them to. Whether you’re a fighting game veteran or a complete newbie, check your ego at the door and prepare to start fresh.

When it comes to learning any Street Fighter game, the rule of thumb has always been to start with Ryu. He’s intentionally been designed to be the standard by which the game is designed around, as revealed by Capcom themselves. You might be tired of looking at his fireballs, uppercuts and hurricane kicks after 20+ years, but he has all of the tools one needs to learn the fundamentals of the game.

Once you get comfortable the game’s mechanics and with Ryu, start thinking about what you would want out of a character. Do you want someone that is faster? Stronger? Better able to fight from in close? From there, you’ll have built up a foundation from which to smoothly move other characters. Or if you like, Ryu isn’t a bad character to stick with.

Get familiar with the entire cast

Yes, there are a number of familiar faces in Street Fighter V, but there are four brand new characters and four that you haven’t seen in a while. Even the classic characters have gone through a number of changes, making them very different from their previous incarnations. For example, Zangief can now grab his opponents out of the air and slam them to the ground. This fundamentally alters how Zangief players can fight, and how his opponents should approach him.

You could simply play against others online in order to build your database, but the best way to do it is to use these characters yourselves. Even if you’re experimenting with a character that you have no interest in using seriously, there might be strategies or tactics you can learn from that character that will apply to your main. Learn the general strengths and weaknesses of each character so that you can go into every match with a plan in your back pocket. The deeper you go with each character, the more prepared you’ll be to take them out.

Get accustomed to your tool set

It’s easy for players to fixate on a character’s flashier special moves, but their normal moves are just as important, if not more so. Take the time out in training mode to find a practical use for every single move in your character’s arsenal, from their crouching light punches to their Critical Arts. Recording the training dummy perform certain actions can help you determine which moves work best in what situations. For example, if the dummy is jumping at you, experiment with a bunch of different moves to see which one is the most effective at knocking them out of the air.

You should also be comfortable with your throws. Yes, there are some scrubs who feel that throws are cheap, but they’re a fundamental tool in your arsenal. Get familiar with how far away you can stand before your throws whiff. The best way to measure is to stand at point blank, hit the training dummy once, then immediately see if the grab connects. If it does, then you just discovered a tick throw. If it doesn’t, you might still be able to achieve the same tick throw effect by taking a tiny step forward before grabbing.

Even movement is important. Understanding something as minute as how quickly your character can walk backwards can be the difference between victory and defeat. Learn all of the nuances of movement, from how quickly you can dash into and out of a jam, to the distances you’ll need to jump to perform a cross-up attack. With a grasp on your character’s movement options, you’ll have the ability to maneuver yourself into and out of any situation.

The biggest new addition to Street Fighter V is the V-Gauge. As fighters get hit, their V-Gauge increases. Players can also increase their V-Gauge by performing their V-Skill maneuvers. By pressing medium punch and medium kick together, your character will perform their V-Skill. Ryu executes a parry, Ken runs across the screen and Dhalsim floats in the air for a short period of time. Besides working as a method to gain more V-Gauge, these V-Skill moves can be very important to your approach.

With a fully-charged V-Gauge, your character can perform a V-Trigger. For some characters like Ryu, he is given a temporary boost in his abilities. Others, like Nash, are given powerful one-shot moves. V-Triggers are great, but one hit of a V-Trigger alone isn’t going to turn the tables on a match. Instead, you’re going to have to incorporate your V-Trigger as part of a greater tactic or strategy in order to get the most out of it. For example, Nash’s V-Trigger teleport won’t inflict any damage on an opponent, but using the teleport as part of a mix-up or combo can be devastating.

The other thing you can do is a V-Reversal. While blocking an attack, you can press forward and all three punches or all three kicks to get out of that situation, either by hitting them or evading the onslaught. Of the new mechanics, this one is the easiest to forget. However, you really should incorporate this into your game, as it allows you to create some breathing room when the pressure gets too tight.

Be careful though, as improper use of the V-Reversal can lead to a negative result. For example, if you V-Reversal off an opponent’s light attack, they might be able to recover and block before you’re able to complete the counter. Worse, it can whiff, leaving you open to attack. Evasive V-Reversals have their faults as well, as a roll or teleport might send you into the corner. Pay close attention to when you perform these maneuvers to better ensure the ideal result! 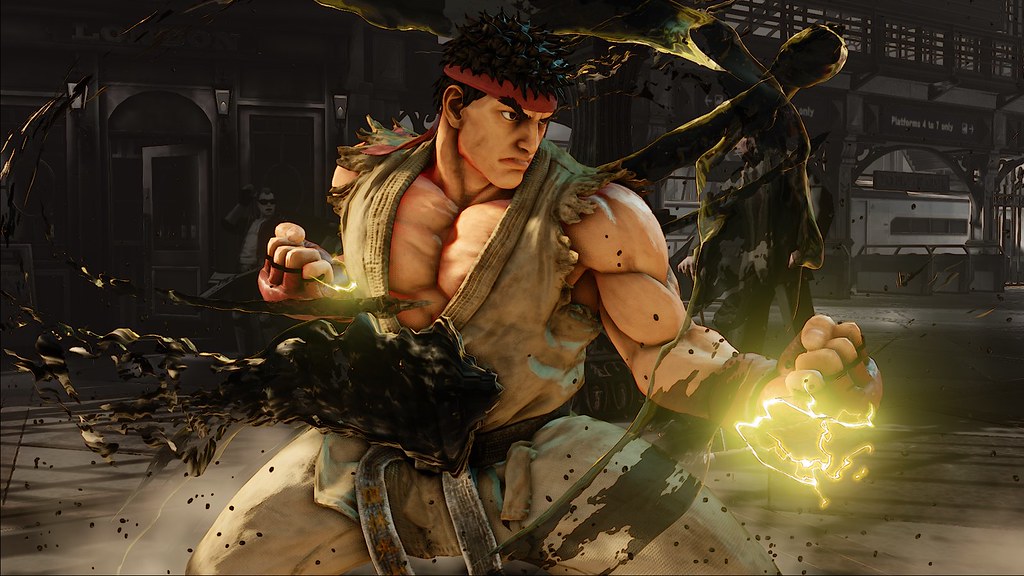 When you land successfully counter hit your opponent with certain heavy attacks, the hit will register as a Crush Counter. Unlike other moves, this will cause your opponent to spin out. This is not just a cool visual effect, it’s an opportunity to score major damage.

When you land a Crush Counter, you should already know what combo or combos you want to follow-up with. Practice this in training mode by setting the counter hit settings on the dummy to “on”. Then, figure out which Crush Counter punishes you’re comfortable with using in a live match. With practice, you should be able to score massive damage every time you successfully land one.

Better yet, you’re going to want to actively fish for a Crush Counter. Throwing out a heavy attack can be risky, as the moves are punishable if blocked, but you can create frame traps that can trick your opponent into lowering their guard. This is more of an advanced tactic, so it’s fine if you don’t learn this particular wrinkle right away. That said, you really should have Crush Counter specific combos already in your back pocket to maximize your damage output during those openings. 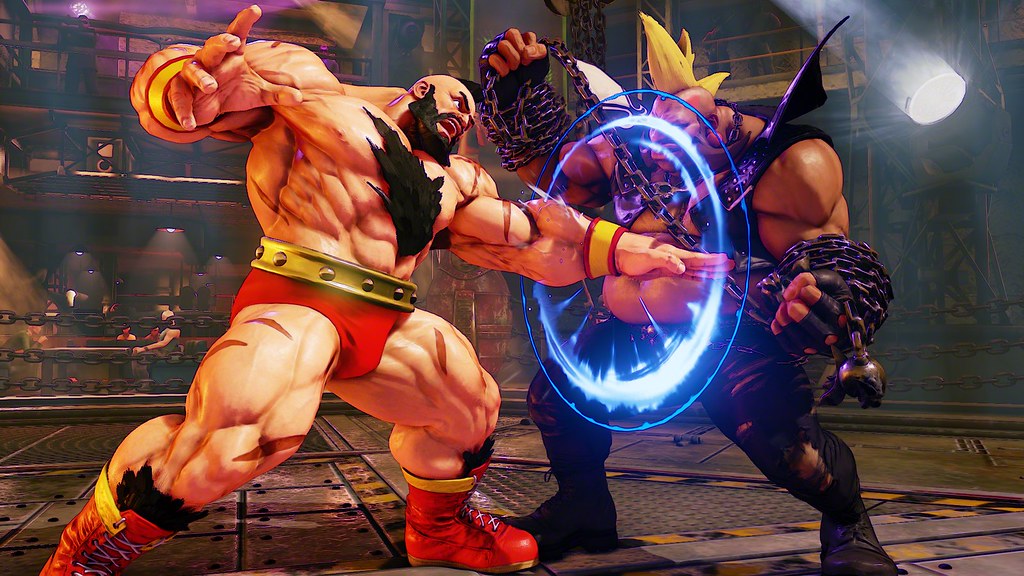 It ain’t over till it’s over

Unlike past Street Fighter games or virtually any other fighting game ever, Street Fighter V does not allow players to win through chip damage. As such, you’re going to have to land a clean hit to secure your win. This breaks both ways. Even if the odds are against you, you’ll always have a shot of mounting a comeback with a lot of good reads and a bit of luck. However, this goes both ways, as your opponent can snag victory away from your clutches. In both scenarios, it’s key to keep your composure and close the deal.

Odds are you’re not going to be routinely eating your foes for lunch in Street Fighter V. It’s a new game with new challenges that you’ll have to overcome, regardless of your skill level. That being said, if you put in the time learn the game, success of any sort shouldn’t be too far behind. Good luck!

One thought on “Kickstart Guide to Street Fighter V”