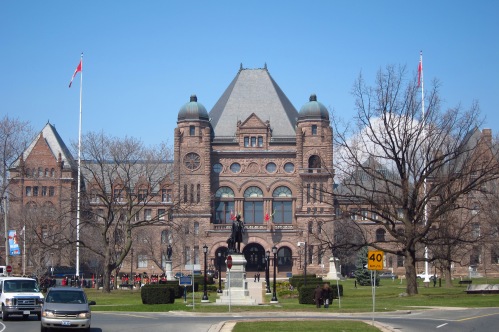 Opened in 1860, Queen’s Park was named after Queen Victoria. This park in the city is home to the Ontario Legislative Assembly, as well as the University of Toronto. Even if you’re not a student or a member of the government, you’ll want to visit the grounds to check out all of the statues and play some Pokemon Go.

If you’re taking the subway, simply get out at Queen’s Park station and you’ll be in the hot zone. 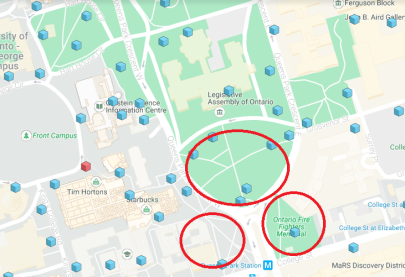 At the south end of the park just as you leave the station are three nests. Just to the west of the station is a nest that as of writing, regularly spawned Pinsirs. Directly north on the grass was an Omanyte nest. To the east at the Fire Fighters Memorial was a Magmar nest. Ironic, I know. All three nests are pretty active, so it’s a great spot to get a few specific types of pokemon quickly.

While you’re there, head west and fill up your supplies at the plethora of PokeStops at the University of Toronto. You can also grab a good coffee and a snack at either the Tim Hortons or Starbucks around the corner.