Toronto Pearson International Airport is gateway to the city. Thousands of people fly in every day from the world over. If you’re from outside of North America, the urge might be high to pull out Pokemon Go and catch a Tauros before you even leave the airport. Well, it might technically be possible, but don’t hold your breath.

Pearson is not a complete bust. If my memory doesn’t fail me, there are at least four gyms spread out across the different terminals that you can battle in. PokeStops are also plentiful throughout. There are however, two fundamental problems that make the airport an awful place to play.

One, hardly any pokemon spawn in the area. Forget about finding a Tauros, you’ll be lucky to find a Pidgey, Rattata or Weedle around. Worse yet, even if there were pokemon to catch, the internet connection is so bad in the airport that the game is essentially unplayable. You might not even get much credit for hatching eggs, as the GPS is extremely spotty in the building. 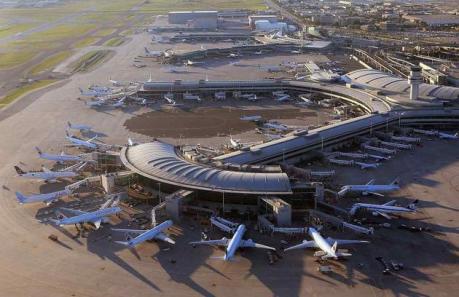 There are no shortage of great places to play Pokemon Go in Toronto. Pearson Airport is not one of them. A better use of your time is to grab an Iced Capp from the Tim Horton’s inside the airport and immediately make your way into the city where the world is yours for the taking.