While new Nintendo Switch owners dove down the deep rabbit hole that was The Legend of Zelda: Breath of the Wild, they may have missed out on Snipperclips in the eShop. Created by SFB Games, it’s a cooperative puzzle game where players cut pieces out of each other in order to achieve different tasks. It may not feature a stunning visuals or hundreds of hours of gameplay like Zelda, but in its own way, it’s actually an excellent showcase for the Nintendo Switch as a platform.

In the main game, two players will take on the role of cute characters made of paper. They can walk, squat, stand on their tip-toes, rotate and jump. Also, and most importantly, they can cut pieces out of each other by pressing the cut button while overlapping. Players can’t cut pieces out of themselves, as they need a friend to cut pieces out for them.

It’s a simple and cute mechanic that Snipperclips makes great use of. In one level, you’re trying to fit a specific outline. In another, you’re trying to shoot a basketball into a net. Over the course of dozens of levels, the game will have you laughing out loud and cursing out your friends and you try and repeatedly fail each puzzle until you get it right. The game pushes the mechanic to its limits and ends before wearing out its welcome. 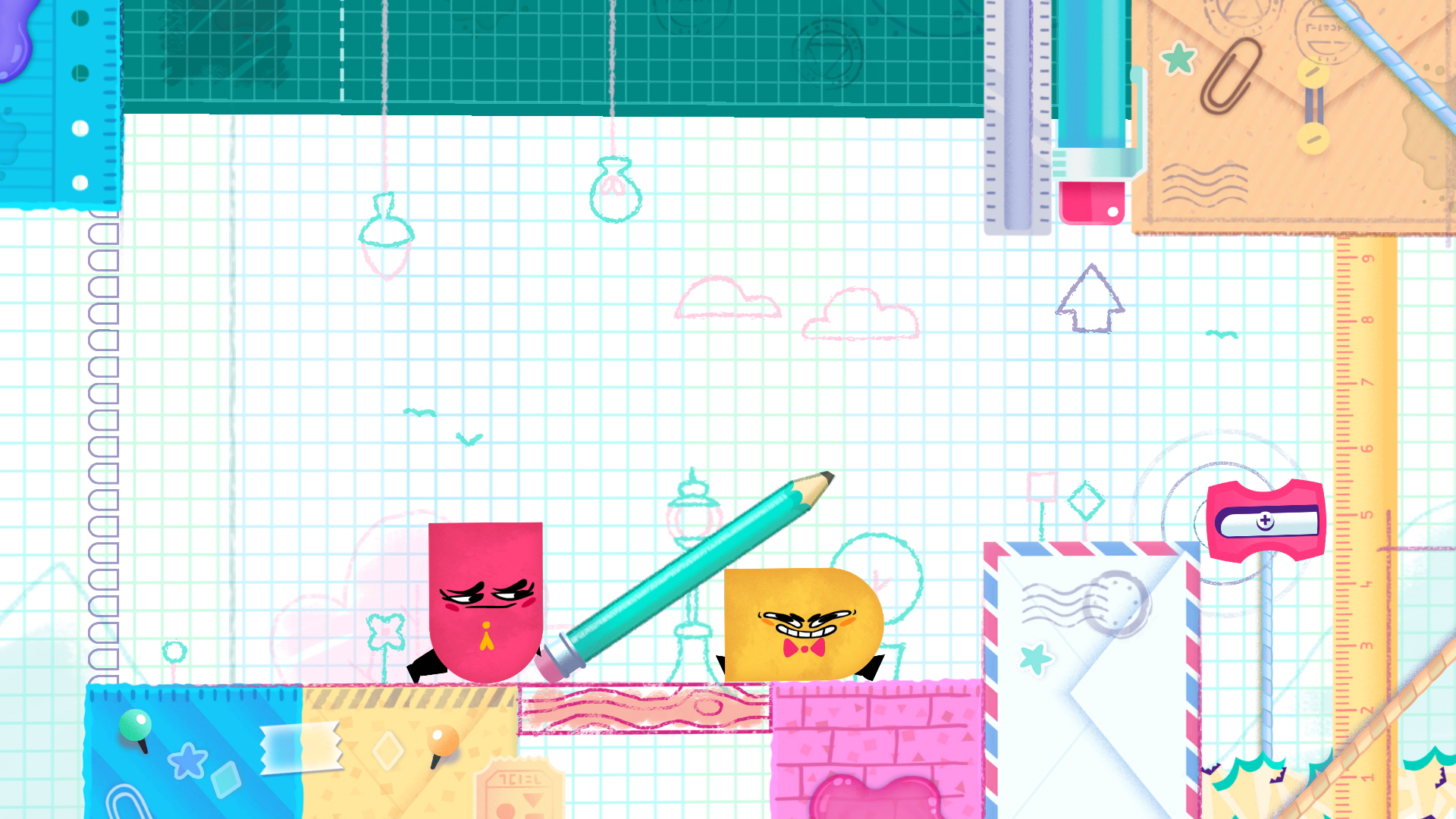 This is primarily a two player game, though there are a few four-player modes as well. The Party mode features a handful of puzzles for similar to the main campaign. There’s also a Blitz mode, where four players can battle it out in silly sports or snipping fights. They won’t keep your interest for long, but it’s a nice-to-have when the main campaign is so good.

With two controllers packed into the core unit, Snipperclips is a great way to share the joy of the Nintendo Switch with a friend. The novel gameplay is fun to work through while leaving the door open to many different solutions to each puzzle. If you ever come out of the Zelda rabbit hole, give this one a shot.

One thought on “Snipperclips Review”