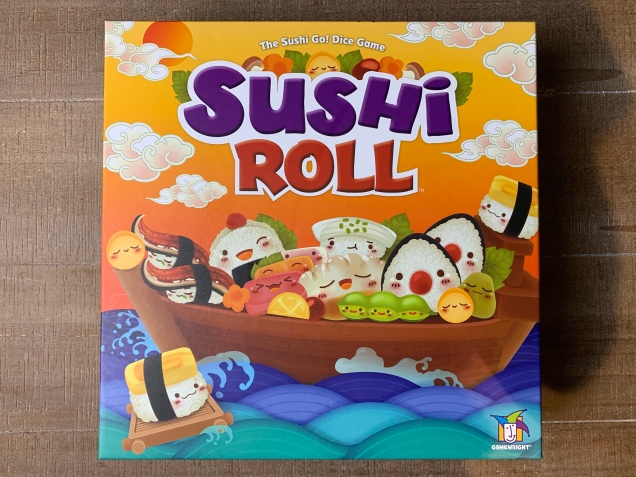 END_OF_DOCUMENT_TOKEN_TO_BE_REPLACED

At a certain point in my life, I became incredibly picky about where I get my fighting game coverage and reviews from.

Don’t get me wrong. I love sites like IGN, Gamespot, Giant Bomb, and Kotaku for their ability to provide news and reviews first. I will go to them to get a sense of what a fighting game’s broader feature set is. I love independent bloggers for being able to provide their personal insight and touch in ways that more generalist sites cannot. Will turn to them for stories about how they had fun with the game or logs of their personal progress in a fighter.

But when it comes to looking for information that will help me inform my purchase on a fighting game, these outlets are not adequate with answering the hyper-specific questions I have about a game. My most recent quests for information pertaining to Samurai Shodown and Power Rangers: Battle for the Grid served as a reminder of that.

END_OF_DOCUMENT_TOKEN_TO_BE_REPLACED

Tetris Effect was not on my radar. I adore Tetris, to the point where I’ll gladly argue the stance that Tetris is the single greatest video game of all-time. However, it didn’t seem hard for me to build a case against me purchasing this particular version. Even with Tetsuya Mizuguchi’s flair for injecting games with hypnotic visuals and moving electronic music, the idea of paying $40 US/$50 CAD on a single-player-only version of Tetris seemed too hard to stomach. Especially when I’ve hemmed and hawed at picking up the cheaper-and-more-feature-complete Puyo Puyo Tetris on the Switch for over a year now.

Then the reviews happened. As of writing, it sits at an 89 on Metacritic, which is a fantastic score. All of a sudden, the game I’ve dismissed for largely rational reasons has flung to the top of my must-buy list. The only thing that’s changed is that a bunch of other people have said nice things about it.

In the world of urban fashion, the term often used for someone who chases trends is “hype beast”. If I really think about it, I am probably the video game equivalent of that. Sure, I’ll still play games and buy what I want based on my own personal motivations, and my final opinions on games are entirely my own, but the games I choose to buy and play can be heavily influenced by the conversations within the greater gaming zeitgeist. This is my story as a gaming hype beast.

END_OF_DOCUMENT_TOKEN_TO_BE_REPLACED

While new Nintendo Switch owners dove down the deep rabbit hole that was The Legend of Zelda: Breath of the Wild, they may have missed out on Snipperclips in the eShop. Created by SFB Games, it’s a cooperative puzzle game where players cut pieces out of each other in order to achieve different tasks. It may not feature a stunning visuals or hundreds of hours of gameplay like Zelda, but in its own way, it’s actually an excellent showcase for the Nintendo Switch as a platform.

END_OF_DOCUMENT_TOKEN_TO_BE_REPLACED

Since its release, Fire Emblem: Awakening has been tough to track down in stores. Though I’ve heard reports of the game being under-shipped, there’s also the fact that it’s really good. I enjoyed it so much that I beat it twice before finalizing my review for Splitkick. If you can find it, the game is definitely worth tracking down!

Check out my Fire Emblem: Awakening review on Splitkick!

Though it’s one of the most storied franchises in all of gaming, I’ve largely ignored Castlevania. Having only played bits of the original, and Super Castlevania IV, its demon-slaying action didn’t grab me at the time. Though I understand that Castlevania: Symphony of the Night is revered as one of the greatest games of all-time, I’ve passed on it repeatedly, knowing that I’m terrible at the Metroid style of world.

If it weren’t for the God of War influence, coming across it for cheap, and my girlfriend wanting to play this together, I probably would have passed on Lords of Shadow too. After a year or so of it sitting on my shelf, I finally gave it a shot recently.

END_OF_DOCUMENT_TOKEN_TO_BE_REPLACED

Ambition hasn’t been part of the Assassin’s Creed playbook for awhile now. Ever since Ezio’s debut, the last two spin-off titles felt like cash-grabs to strike while the iron’s hot. They didn’t do much to push the story forward, and their gameplay innovations varied wildly from great (the ability to call out fellow assassin’s for help) to bafflingly awful (tower defence). Though I’ve gotten some enjoyment out of these two games (more the first than the second), I’ve been waiting with bated breath for the real next step in the series.

Sporting a new world, a new main character and numerous revisions to its gameplay, Assassin’s Creed III has no shortage of ambition. In fact, had it delivered on everything it set out to do, this really could have been one of the best games ever. Unfortunately, this same ambition is the root cause of its many shortcomings.

END_OF_DOCUMENT_TOKEN_TO_BE_REPLACED

As much as I love Trials Evolution, I haven’t played it since wrapping up my review. Once I unlocked the extreme tracks, which I will never have the skill to complete, I set the game down and moved onto other things. Sure, I could have kept myself busy all of this time with user-created tracks, but it just fell out of my rotation. The Origins of Pain DLC pack aims to bring players like me back to the fold with 36 new tracks, more skill games, and a hundred extra track creator objects to play with.

END_OF_DOCUMENT_TOKEN_TO_BE_REPLACED

Sometimes, a product can be lesser than the sum of its parts. Even if a product contains top quality components created by some of the best minds in the business, the way in which those components are implemented will ultimately dictate the difference between a stud and a dud. Off the top of my head, the ultimate example of this phenomenon is the mid-to-late 2000s New York Knicks. Despite spending the largest amount of money on players in the NBA, their team was terrible; all because its players could not mesh into a championship team – or even a competent one.

Judged on its components alone, Syndicate is a stud. Sporting gorgeous art direction, a great soundtrack (with a contribution from Skrillex, if dubstep is your thing), and clever moment-to-moment gameplay that’s been clearly thought out, there’s a distinct level of polish that most games wish they could boast. However, throughout my time playing it, I couldn’t shake my general sense of apathy towards the proceedings.

END_OF_DOCUMENT_TOKEN_TO_BE_REPLACED

Released outside of the regular XBOX Live Arcade schedule, and with virtually no marketing, Mark of the Ninja was the talk of the town for a total of one day when the glowing launch-day reviews hit. If it weren’t for those, I wouldn’t have even know this game existed.

I’m so glad to have played it, because it is fantastic. As a guy who hates stealth games, that says a whole lot.

If you’d like to read  my full review, head over to Splitkick to learn more!

SPLITKICK REVIEW: Mark of the Ninja