Nintendo’s latest fighting game is far from a waggle fest. Players who master the ins-and-outs of ARMS will dominate, while button mashing and arm flailing will almost certainly guarantee defeat. These tips may not make you the Daigo of ARMS, but they should get you on the right track to success!

Spring Man is the Ryu of Arms. He’s been specifically designed to be beginner-friendly, as his unique property of being stronger when he has low health doesn’t require any additional management on your part. Use him to get a general feel for the game before moving onto more complex characters. Who knows? Spring Man’s comeback factor may be the thing that puts you over the top.

Each fighter has an arsenal of arms to choose from. Do not take these choices for granted, as each arm has its own unique strengths and weaknesses. When you’re choosing your arms, I recommend keeping the following in consideration:

Not only should you have a go-to loadout, you should understand how your whole arsenal works and understand when to use each.

Every character has a unique attribute that is paramount to their success. Ribbon Girl, for example, can jump and dash multiple times in the air, making her a very difficult target to hit. Meanwhile, Master Mummy has armor, allowing him to keep moving even after he’s punched. Even though you may take damage from a stray hit, your heavy counter punches may ensure that you win the exchange. Having an understanding on how to best leverage these traits will make you a much more formidable opponent. 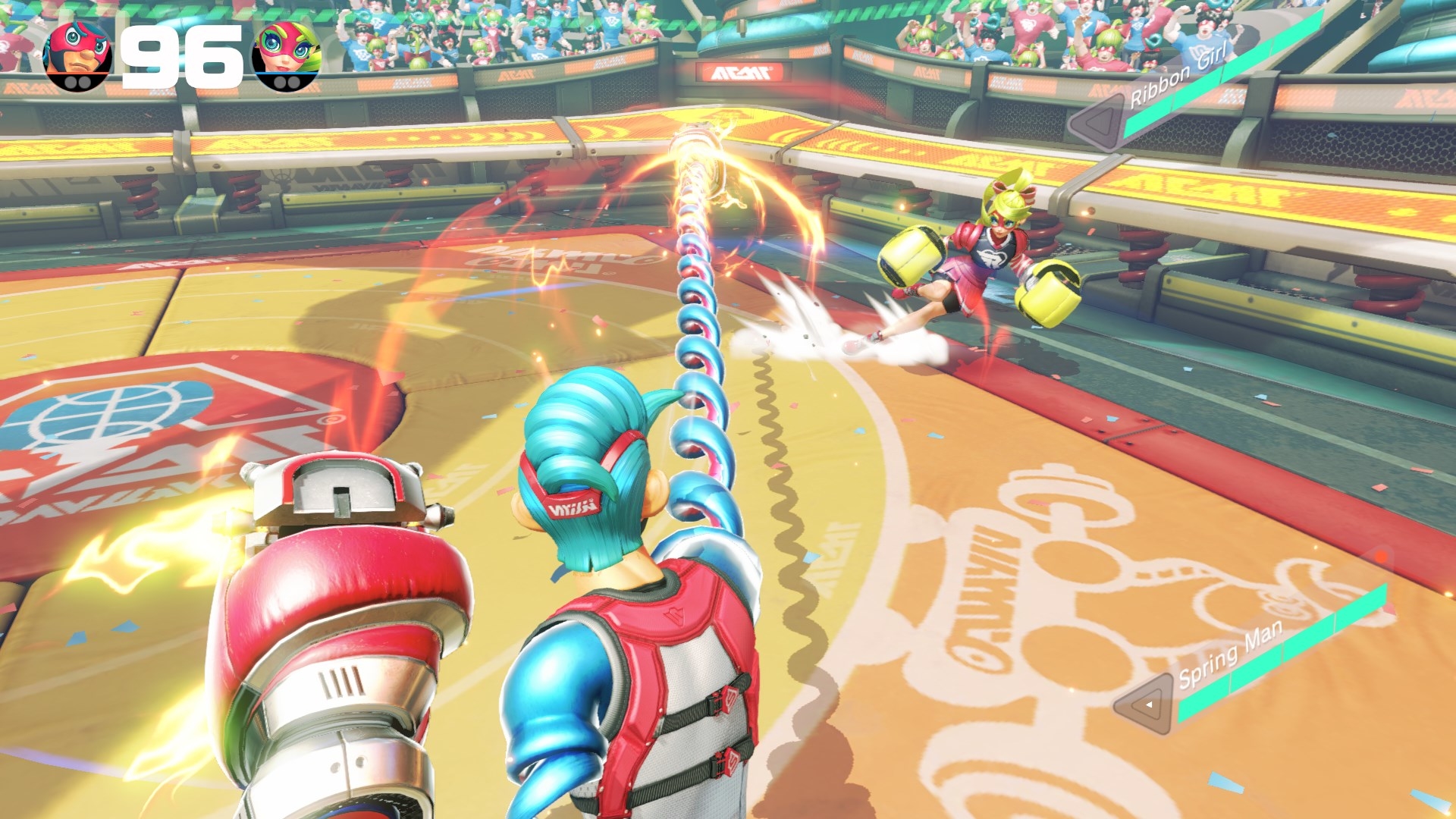 Movement is the best offense AND defense

Just like a good boxer, being light on your feet is the best way to stay safe and lay a beating on your opposition. Beyond just walking, make you’re constantly jumping and dashing as well. By doing this, you make it harder for your opponent to hit you while making it easier to land a counter attack. Should you choose to stand still, opponents will simply pick you off with punches or grab you.

Personally, I’d say that movement is even better than blocking, as blocking leaves you prone to get grabbed while preventing you from attacking. The only time that blocking is your best bet is when your opponent activates your super. Once you see the yellow flash and you know you can’t evade it, put your hands up to block the onslaught.

Punch charging is one of the most overlooked mechanics of the game. By holding block, you can power up your next punch, giving it extra damage, stun, or some other benefit. However, as noted above, blocking leaves you prone for grabs.

What you can also do is hold the dash or jump buttons for the same effect. When you perform either action, make sure to hold down the button. By doing so, you move and charge in one smooth motion, versus having to stop for the sake of charging.

Grabs seem like a highly effective maneuver at first. Against new players still coming to grips with the game, they’re pretty much just sitting ducks waiting to be thrown. You won’t be one of them, as you will have the appropriate counters in your back pocket.

The problem with throws is that they don’t curve much while leaving the thrower unable to block until their arms recoil. Knowing this, you can do one of two things. One, simply side step the grab and counter attack. Two, throw a two-punch combo where the first punch will break the throw, while the immediate follow up will smack them upside the head while their arms are still retracting.

Your super move might be the most important tool in your arsenal. It can bring you back from the clutches of defeat or close out a tough foe with a definitive flurry of shots. Do not use wildly throw it out there and hope for the best. Instead, use it as a counter. Bait an attack with tricky movement and when you see an arm or throw come out, smash them with the big one.