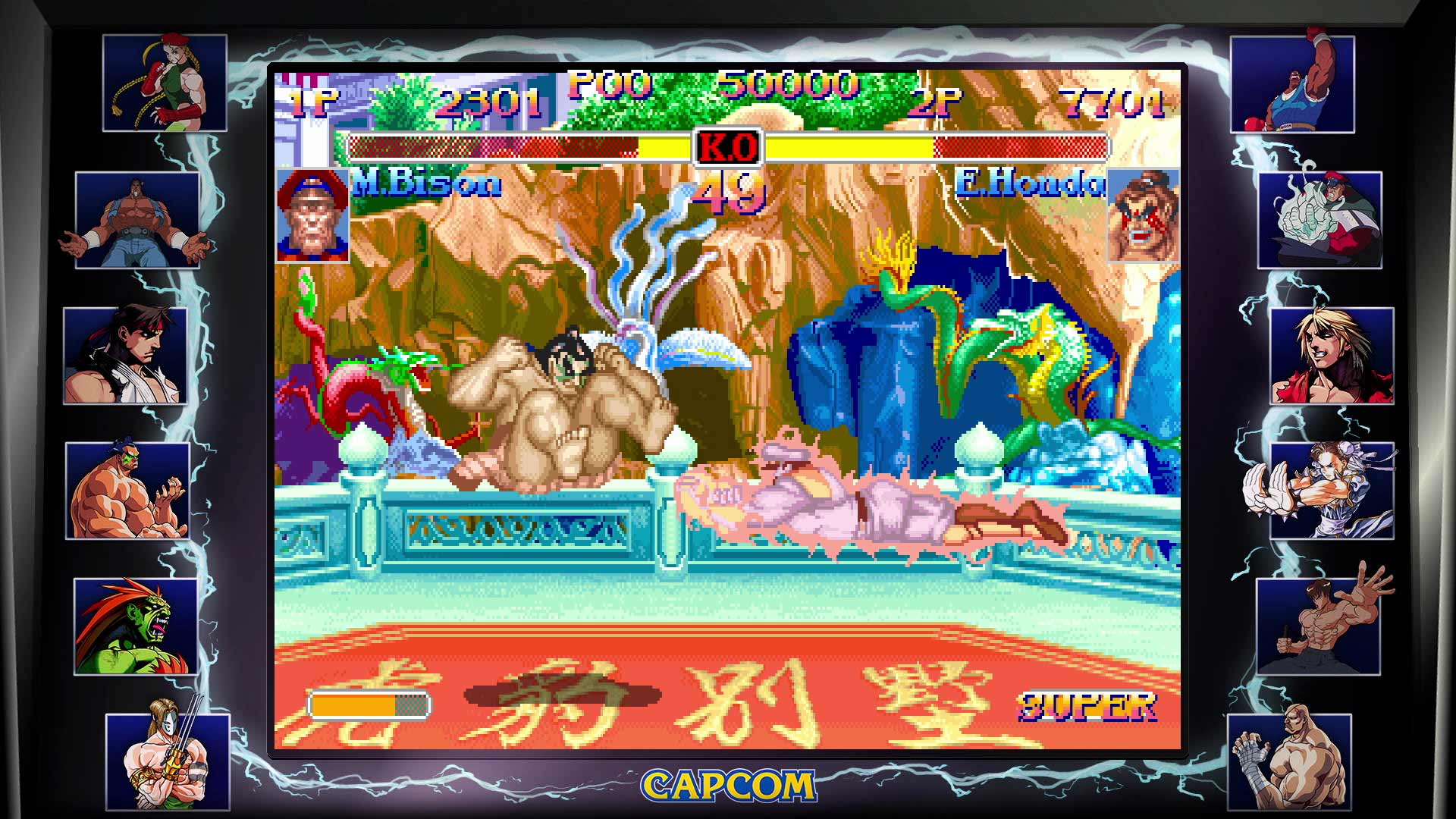 From being the first fighting game to go mainstream, to being the franchise that brought the genre back from the dead in the late 2000s, to the cultural impact the franchise has had on society as a whole over the course of three decades, the impact that Street Fighter has had on the world is immense. To celebrate the franchise’s 30th anniversary, Capcom released this collection of 12 games that span every major iteration of the game from the original to 3rd Strike. Does this collection score the perfect victory?

There are no shortage of Street Fighter compilations out there, but this one is about as complete as it gets. In it, you’ll get the following 12 titles:

A number of these are iterations within the main series of games, but you’re getting a complete collection of vintage-era Street Fighter for the first time ever.

As legendary as the franchise is, there are a few duds on the list. The original Street Fighter is absolutely worth including in this collection for its historical significance, but it was and forever will be an awful game with crude graphics, only one playable character, and the least responsive controls I’ve ever experienced. Also, Street Fighter II, Street Fighter Alpha, and Street Fighter III: New Generation all get outclassed by their later revisions.

However, you’re still getting every version of retro Street Fighter one would still want to play, along with all of the other ones for archival purposes.  For me, it’s fantastic to have seemingly arcade-perfect ports of Hyper Fighting, Super Street Fighter II Turbo, Street Fighter Alpha 2 & 3, and Third Strike. These games capture the essence of what made the franchise great, as well as give players a sense of how the franchise has evolved over time. From faster movement and new moves in Hyper Fighting, to super moves in Turbo, to air blocking and alpha counters, to parrying, to all of the new characters introduced along the way, this is a one-stop shop for all of your classic Street Fighter needs.

These are mostly straight ports from the arcade. So much so, that you have to “insert quarters” by pressing a specific button dedicated only to inserting quarters. When playing against a human opponent, they have to interrupt your arcade playthrough the old fashioned way. Some of the feature games get a bit more love. Street Fighter II: Hyper Fighting, Super Street Fighter II Turbo, Street Fighter Alpha 3 and Street Fighter III: Third Strike also get training mode and online play. The training and online modes are fairly basic, but they have the functions you’d want and the online netcode seems to be stable enough.

If you have any sort of nostalgia for the Street Fighter franchise, this is a must-have collection. From the large assortment of legendary games it contains, to the cool catalogue of artwork and promo material you can view, it’s a wonderful slice of fighting game history to have in one neat and value-priced package. These may be the games of my past, but I’ll certainly be playing them more in the future.