Pocket Rumble was never going to usurp the likes of Street Fighter V or Tekken 7 at the top of the fighting game throne. However, I truly feel like the game had a chance to be bigger than it is today. The game had a lot of positive buzz when it was announced as a console exclusive for the Nintendo Switch a year ago. Nowadays, the game has been largely left behind by almost everyone that ever had any interest in it.

Roughly two months after launch, the game has fallen out of the Nintendo eShop top 30, the online leaderboards have tapped out around 10,000 players, and my recent online sessions felt like there were only a handful of people in the world still playing it. Despite how much I enjoy playing it, I’m reluctant to stream it anymore, as I tend to run into the same players repeatedly because they’re seemingly the only ones online with me.

What went wrong? And is there any way to get the game’s momentum back?

The delayed launch was a critical blow

Pocket Rumble was originally slated for release within the launch window of the Nintendo Switch. However, the game was delayed and didn’t come out until more than a year after the game’s initial announcement for the platform. I strongly believe this game would have feasted in a largely-empty eShop of the time. Unfortunately, the game simply needed more time in the oven.

Instead, it launched in a window where the eShop had hundreds of titles, including dozens of great ones. Segmenting even further, Switch players have had a decent suite of fighting games to play, from the sublime BlazBlue: Cross Tag Battle, to the classic Street Fighter 30th Anniversary Collection, to the quirky ARMS. Heck, as a Switch player, you even have access to a plethora of vintage Neo Geo fighting games on the eShop for dirt cheap. Furthermore, any buzz the game had initially had fizzled away many months before. 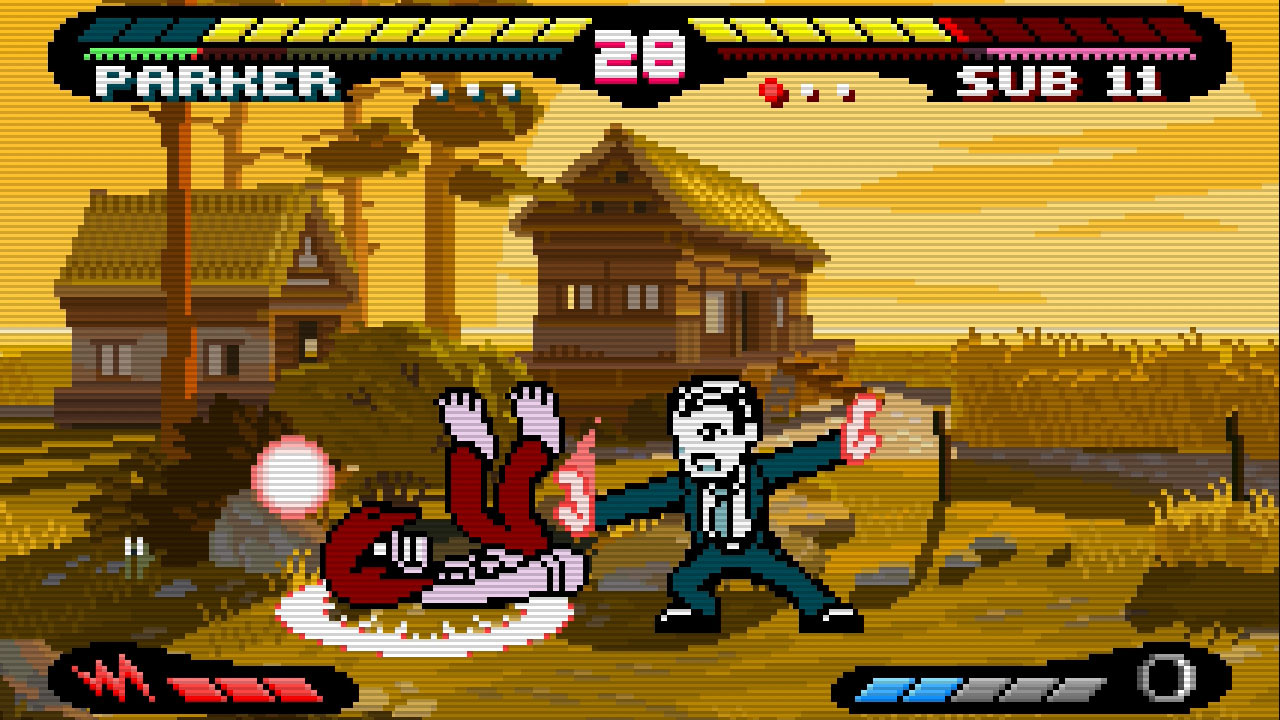 Launching as late as Pocket Rumble didn’t have to be a death sentence. Had the game been a quality package, I think it could have sold better than it did. While its core gameplay is fantastic, the game really dropped the ball on some periphery aspects of the experience. One of those was game’s Arcade mode AI.

With only one difficulty setting that seemed to be tuned too high for most, it immediately gave the game’s largest potential audience – casual or lapsed fighting game players – a beatdown that they didn’t want to overcome. I know there are many in the fighting game community that say fighting against the computer is a waste of time. Generally, I agree with that statement. However, for the audience this game could have captured, it was critical for Pocket Rumble to at least have difficulty settings so that newcomers or casual players can at least start out in a less hostile environment. Instead, getting beat down by the AI seemed to make a terrible first impression for many.

Right now, this is the game’s most unforgivable sin that impacts the entire player base. Whether you’re booting the game up for the first time, or ranked in the top 10, the skill level of your opponent is a complete crapshoot. Newcomers are being alienated by getting stomped out by high-ranking players. Top players are being alienated by a scoring system that only rewards points for playing against other high-ranking players. I have played this game in multi-hour stretches where I won every match and gained zero points because the matchmaking didn’t/couldn’t serve me a player of comparative skill.

It gets worse. With the community having dried up online, I’m not even comfortable streaming it anymore. Despite being a popular game for my video channels, I don’t want to broadcast a live stream of me beating the same one guy for an hour straight. That’s not fun for anyone. I’ll play it on my own time here and there, maybe even record a match or two if it’s good, but right now it’s simply not worth it for me to keep playing.

Is there any hope for the future?

The developers behind Pocket Rumble are still hard at work on updates. You can track their progress on their public-facing Trello page. From what I can tell, they’re still in the process of working on a new character and adding more bosses to the Arcade mode. Unfortunately, I don’t see any notes regarding AI difficulty or matchmaking. It might already be too late, but I think improving those two aspects of the experience are the game’s best hope at kickstarting its momentum.

Just became the #1 ranked June player in the world in Pocket Rumble on Switch! Regardless of what happens from here, reaching the top of anything is something to be proud of ❤ . . . . #videogames #games #pocketrumble #nintendo #nintendoswitch

The current situation bums me out. I think the combat engine and the characters they’ve designed are brilliant. Never expected to invest as much time as I did into this one, but those aspects of the game won me over in a big way. So much so, that I pretty much abandoned the excellent BlazBlue: Cross Tag Battle and the legendary Street Fighter: 30th Anniversary Collection so that I could play more Pocket Rumble instead. Even climbed my way all the way to #1 in the world on the character-specific leaderboard for the zombie schoolgirl June.

Until the developers behind the game address the games shortcomings, playing Pocket Rumble in its current state is a tough proposition. Based on what we know about the updates coming in the future, I don’t think that’s enough to resuscitate the title in a meaningful way. The future may look bleak, but I’ll keep my fingers crossed in hopes that the future of Pocket Rumble is better than the present.