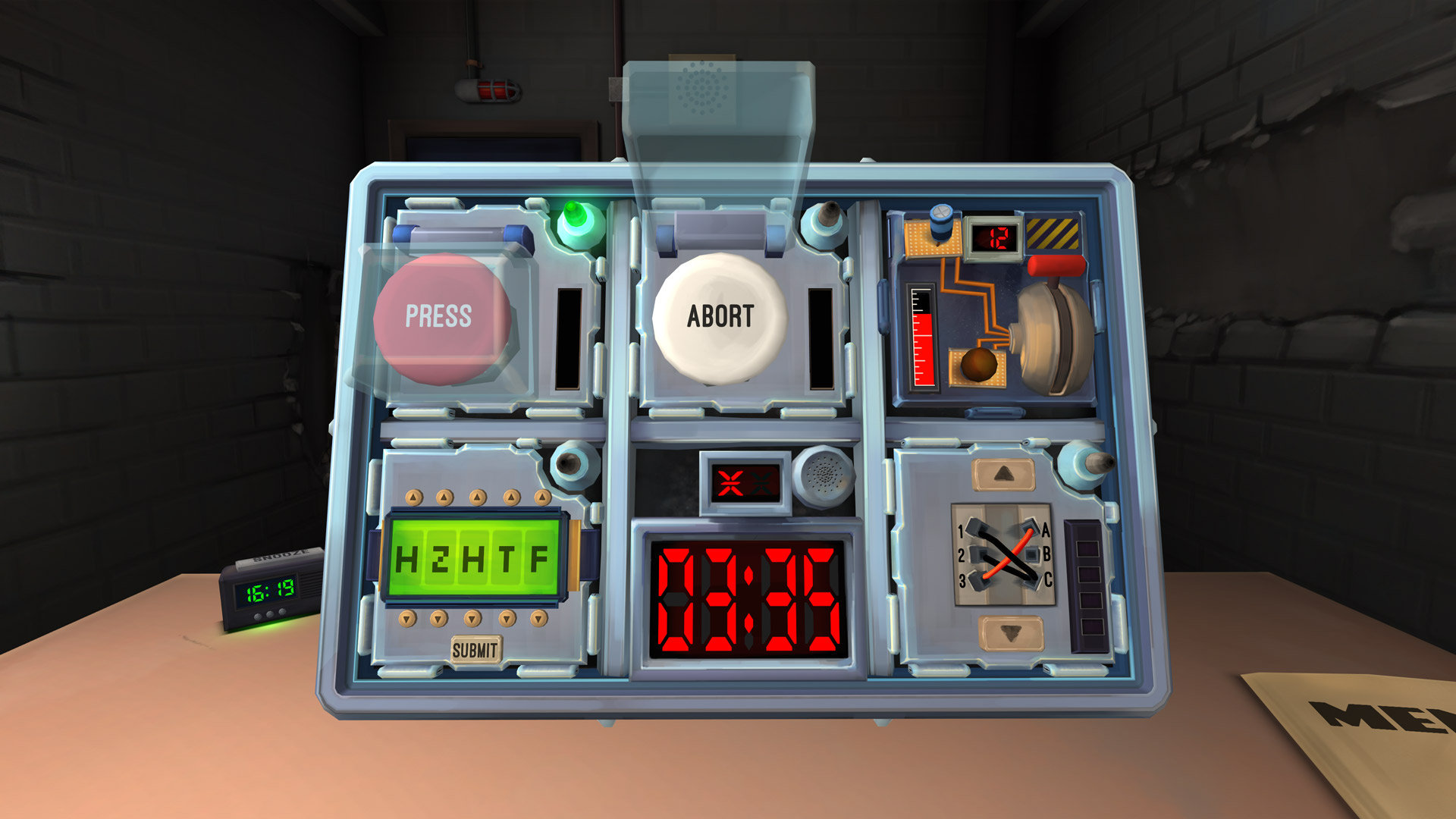 Keep Talking and Nobody Explodes is a cheeky take on one of the most horrifying tasks one can perform. With the aid of a few friends an a 23-page manual that exists outside of the game, you’re tasked with diffusing every bomb placed in front of you. Can you all keep your cool under pressure and solve each ticking time bomb before they blow up in your face?

Each level consists of a bomb that you must diffuse in a set period of time. Bomb casings have a number of square panels on their large faces, each containing a different module that needs to be completed in order to shut down the bomb. Some are as simple as a button, while others use wires, Morse Code, or some other tricky puzzle to solve.

The humour of the game comes from its core gimmick: the manual. Technically, every answer you need to diffuse every bomb in the game is in the manual, which you really should print out a paper copy of in advance. However, players are divided up into one group who only plays the game and the other group that only reads the manual. As such, a lot of communication is required between the two parties in order for tasks to be completed. 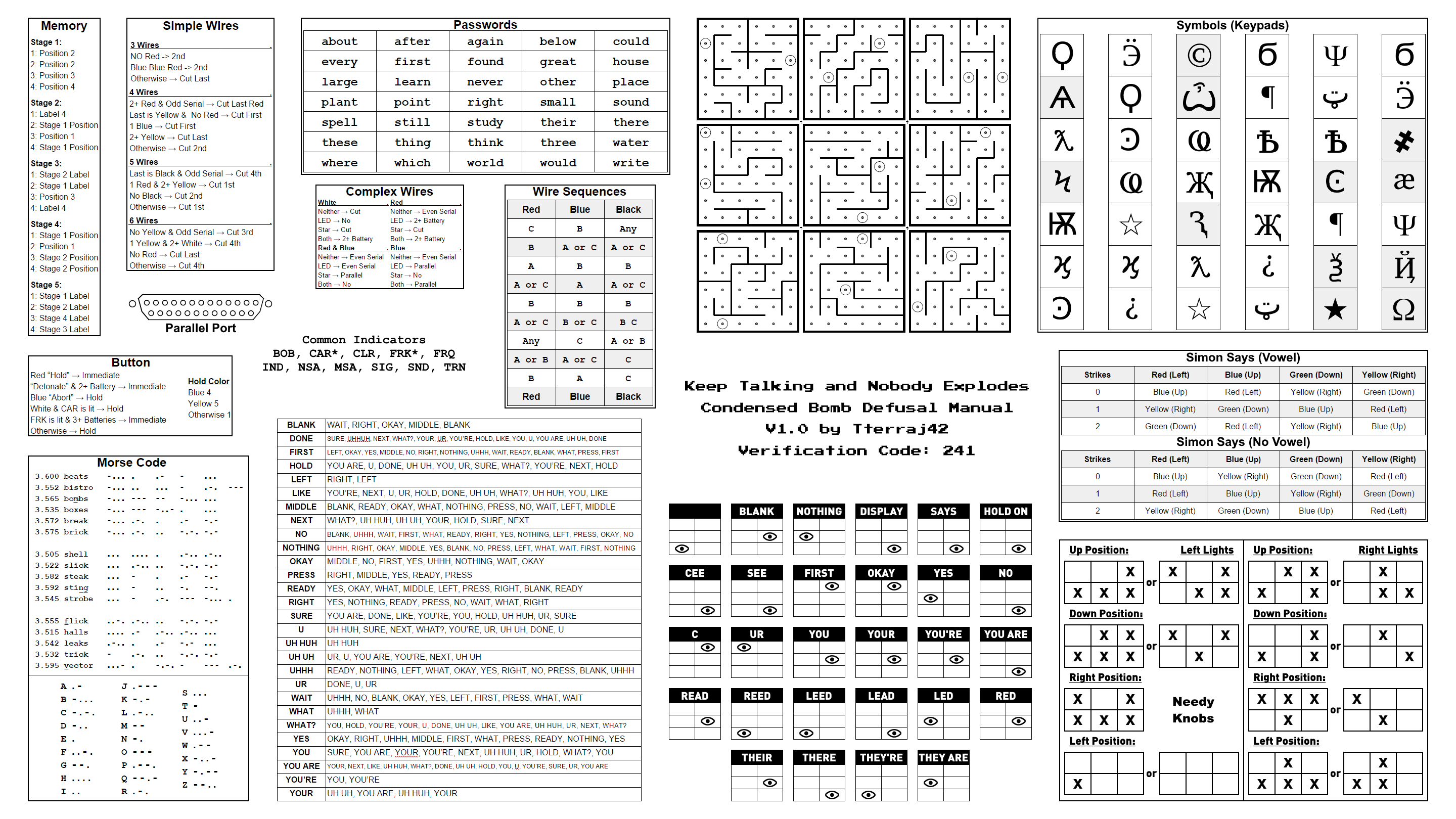 As a simple example, a large single button can have a myriad of different ways of interacting with it, depending on the colour of the button, the word of the button, or the colour of the light that triggers when you press the button. Sometimes, even the serial code on the bottom of the bomb itself can matter. The instructions for each individual module are the same throughout, but working through every possibility is going to require a lot of communication between the two parties.

During the hour I played with my brother, we did a pretty good job of solving puzzles in a timely manner. However, our communication did eventually break down and we blew up a few times. In one, my brother failed to communicate to me his start and end points in a maze puzzle. In another, my inability to read beyond the most basic Venn diagrams doomed us.

During my limited time with Keep Talking and Nobody Explodes, I grew to understand and love the gimmick. Save for one of the Jackbox Party Pack game that sort of apes this one in its own way, there isn’t really an experience quite like it. My questionable puzzle-solving skills would probably get the best of me had we gone a bit farther, but I enjoyed the bit that we played. For those in the market for a novel party game that will really raise eyebrows, it seems like you won’t get much better than this.