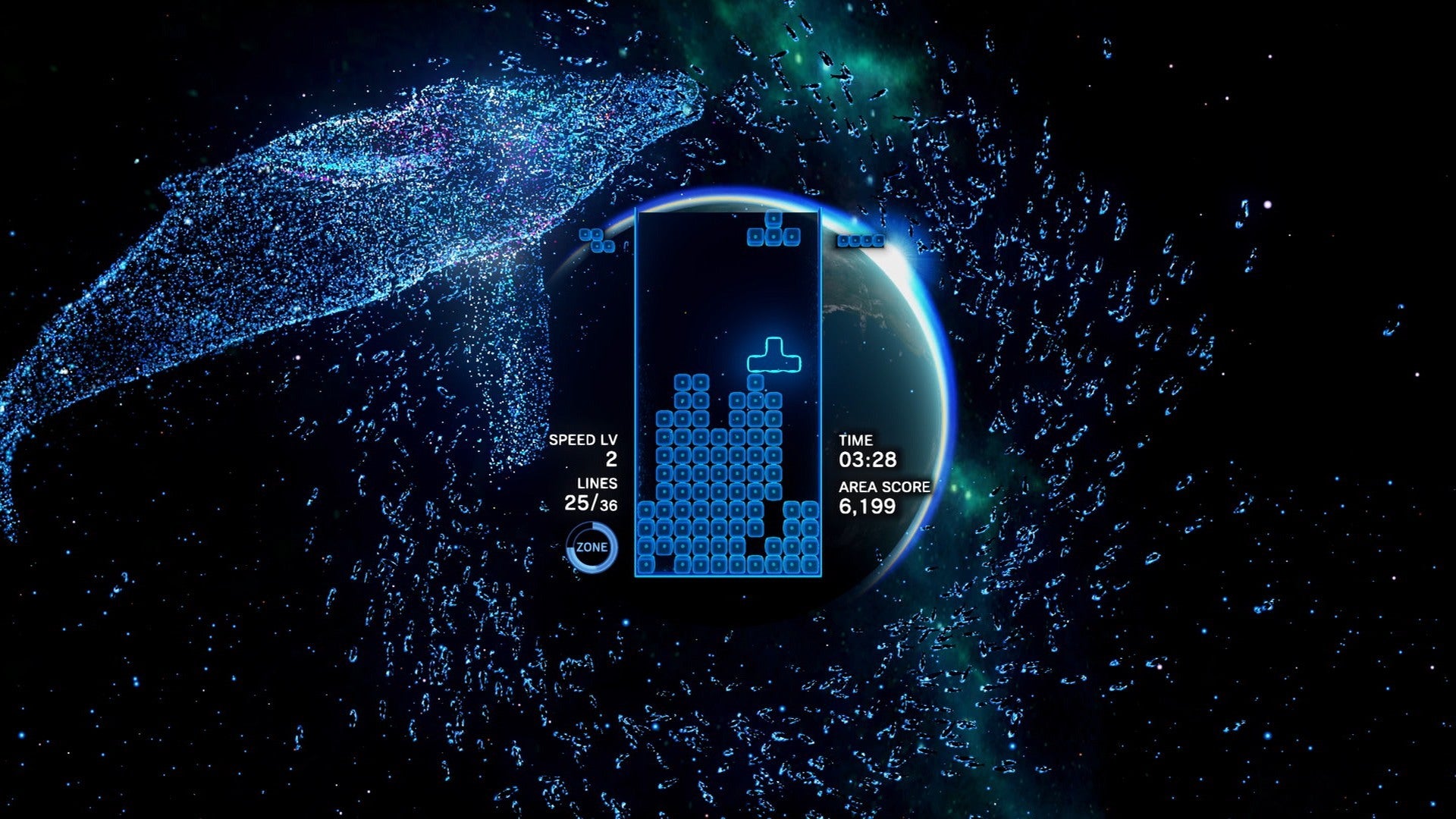 Tetris Effect isn’t designed to be the most competitive or eSports ready version of the game. With the way that the game goes out of its way to obstruct your field of view for the sake of looking cool, it’s generally meant to be more about being absorbed into the vibe that the puzzle, music, and visuals create in unison. However, I understand that none of that matters when you’ve failed the final Journey mission for the hundredth time, or you fall well short of your friends on the leaderboards.

Though the core game is decades old, there’s still much to learn about this classic block-stacking game, especially if you’re unfamiliar with the modern Tetris ruleset. Maybe these tips will come in handy with whatever obstacles the game throws at you! 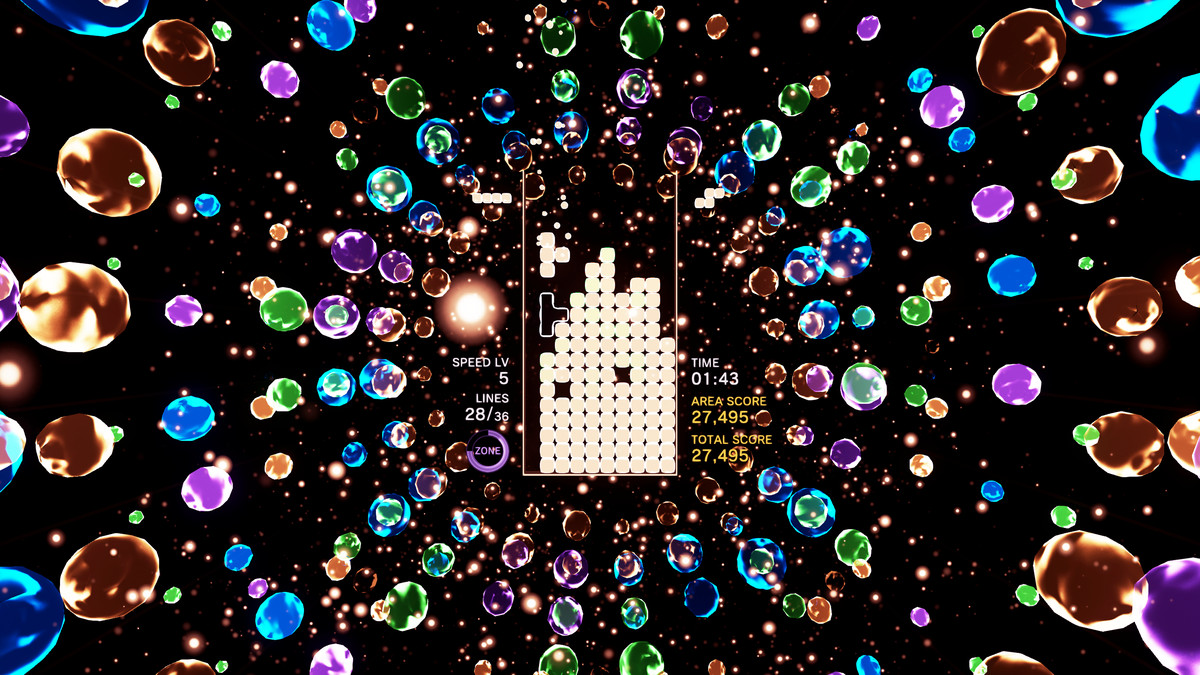 Tetris Effect is a stunner, but it can also be detrimental to your performance. You may want to go into the settings to adjust how the game looks in order to play at your best. Personally, I keep all the effects at max settings, but I zoom in the board, because at default view, the board is way too small. Even zoomed in, I wish it were bigger. You can also play around with the opacity of the board and the amount of flashy stuff happening over the course of the game. Tune it to whatever works best for you!

Did you know that the order in which the pieces fall into the board aren’t entirely random? If you cut your teeth on the NES or Gameboy editions of the game, you may have missed out this important tidbit. How modern Tetris games (including Tetris Effect) work now is that the game creates a virtual bag with one of each Tetrimino type. It will draw one tile at a time at random from the bag until they’re gone. At that point, the game creates a new virtual bag and the process begins again.

This shift in draw pattern does change the game plays. For example, if you’ve created a giant tower with one gap for your I pieces, you should know that you’ll never get more than two-at-a-time. Due to the way the random generator works, at most, you’ll get an I-piece as the last one in the bag, followed by one more I-piece as the start of the next. Knowing this, you may want to adjust your pacing so that you’re not building too high in hopes of knocking the whole thing down with a flurry of I-pieces.

If you’re able to keep tabs on when certain pieces appear, you’ll also have a better idea of what’s coming next. If you get back-to-back I-pieces, you know that you won’t get another one for at least another six pieces. That next I-piece could even arrive upwards of 13 moves later. Understanding this nuance of the randomizer goes a long way towards planning your moves beyond what the preview shows you. Generally, players build their entire strategy around the I-piece. They’ll do whatever it takes to keep that one lane open to score back-to-back four-line clears. It’s a sound strategy most of the time, but you should be mindful of how you build that tower. When I build, I go out of my way to place my blocks in such a way that any block that comes next will comfortably fit. You want flat areas to accommodate for the O-piece (square), and nubs to accommodate for the L, J, S, and Z pieces.

You also want to avoid creating areas where only one piece will work. The easiest trap to fall into is to create a mini well that is three blocks high. If you’ve already carved out a line for an I-piece and you create a gap that can only be filled in full by another I-piece, you’re in big trouble. If you build smartly, you can minimize the amount of gaps you create. 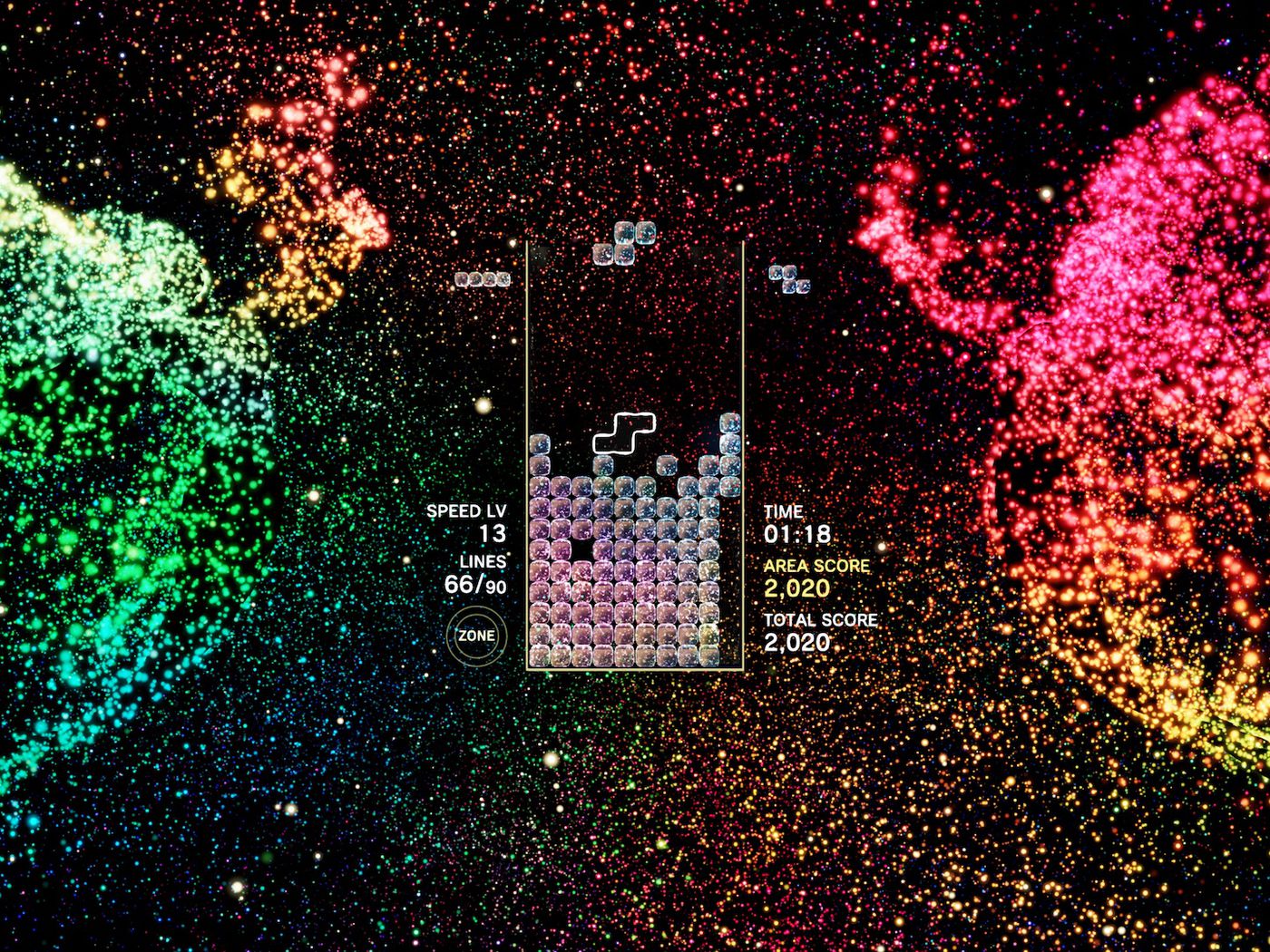 Even if you’re playing with a plan to avoid creating gaps, there are times where it’s imperative that you make them. Yes, you want to avoid blocking off that deep hole you made for your next I-piece, but there are times where keeping it open will cause your downfall. Depending on the situation, it may be best to block off the hole and shift your focus to opening up the hole again. That way, you get a full-width area to work with again, giving you more flexibility to place blocks in the right places and clear the opening again sooner rather than later. It can be hard to get a feel for when you should create a gap, but don’t be afraid to make them. There are no shortages of instances when it’s actually the best move to make if you want to stay alive.

In the old Tetris games, your piece would lock into place as soon as it touched the bottom. This hasn’t been the case in quite some time. Understanding the nuances of how pieces behave on the ground is key to your success at higher speeds.

Nowadays, when a piece hits the bottom – assuming you haven’t fast dropped it – you have a smidgen of time to slide or move the piece around the board. You can slide the piece across flat surfaces, but you will need to simultaneously move and rotate the blocks to climb over edges.

At higher speeds, your ability to maneuver these pieces along the ground becomes the core of the action. Until you get a feel for exactly how to move and rotate blocks in order to get them where you need them to go, mash the rotate button to at least have the pieces spinning. This gives you a bit more time to survey the situation and place the block in the right spot.

Obviously, the hold function is great for swapping out a saved piece for one that you don’t need in the moment. However, it does have at least one other functional benefit. In high-speed scenarios, you can give yourself a bit more time to think by using the hold function just before a piece locks into place. When your initial piece lands, rotate it around, and then pull in the next one, which hopefully fits your board. At that point, you’ve bought yourself an extra second or so to think about your next two moves.

Each level in the Journey mode will vary its speeds in ways you normally wouldn’t expect. Out of the blue, a slow level may shift into hyper speed. Also, a level might start out at high speed before downshifting to a more manageable pace. Getting caught off-guard by the sudden speed changes is an easy way to lose all of your progress.

If you really want to be ready for everything, make notes on when the speed shifts happen within each level. I’m pretty sure they’re triggered by hitting certain line thresholds, so make note of when those happen and you’ll be ready for next time. Also, the game won’t change speeds until you clear lines. During slow moments, it’s your chance to really rack up the points by building a large tower and clearing it out with back-to-back I-pieces. Once it goes at breakneck speed, you won’t have the time to make the big-point plays, as you’ll probably be too busy attempting to survive.

The Zone mechanic is new to Tetris Effect. Within the Journey Mode, you can hit one of your triggers to activate the equivalent of bullet time. For a limited period of time, your pieces won’t fall on their own, allowing you to freely place the pieces at your leisure. If you can map it out just right, you can even score a Perfectris, which only occurs if you clear 18 lines while you’re in the Zone.

I like to use it when I have a nice tall tower, one I-piece in play and another on hold. Once I activate the Zone, I drop the two I-pieces for an immediate eight lines, then use what comes next for the next 12. It can also help you out of a jam, but it’s time-stalling doesn’t always give you enough breathing room if your board is messy and you fail to clear much out in that time.

It’s also worth noting that any lines cleared while in the Zone do not contribute to your line quotas. You will need to end your levels the old-fashioned way to secure the win.

Tetris Effect is meant to be a chill game, but there’s no shortage of challenges it throws at you. Hopefully these tips give you a bit of an edge for next time!