30 years ago, Capcom laid the groundwork for the greatest fighting game franchise of all-time. It’s my favourite fighting game series and one that continues to stay top-of-mind, even when it’s currently not in my rotation. Let’s count down my favourite characters in the series!

In a world where most combatants are adept with their fists and feet, Menat defies convention by fighting with a mystical orb. Whether she’s darting it out at you like a yo-yo, or strategically placing it behind an opponent’s head before summoning it back to clip them from behind, she introduces a whole new play style to the series that requires characters to manage multiple entities on screen at once.

I love everything about this character, from her overall look, to her complex tool set, to her zoning-heavy play style in a game with a heavy emphasis on point blank combat. Street Fighter V is currently not in my rotation, but I would consider returning in hopes of mastering this gypsy apprentice.

The first pugilist of the series, Balrog has an almost animalistic approach to his combat. In the blink of an eye, he can be cold cocking you in the face with a dashing punch, jumping upwards to headbutt your chin, or even catching you off guard by stomping on your toes.

He always seemed to hit hard in every game he’s in. While he was particularly strong in season 2 of Street Fighter V, I will always remember him most fondly for his appearance in Street Fighter IV. From Gootecks to PR Balrog, the raging bull was always well represented in tournament play and I had a blast playing as him just before the release of Street Fighter V. As a clone character introduced late into the life of Street Fighter IV, I don’t expect there to be much love for Decapre. However, I immediately gravitated to her for deadly assortment of aerial moves. In particular, she possesses a lightning quick ground pound that can be used to get the jump on an unsuspecting opponent or create a tricky reset that ends with an air throw as an exclamation point.

She makes a cameo appearance as a non-playable combatant in Street Fighter V, but has yet to appear as a playable character. Three seasons in, I don’t think Capcom will ever get around to finishing her, but I do hope she makes a triumphant return someday. 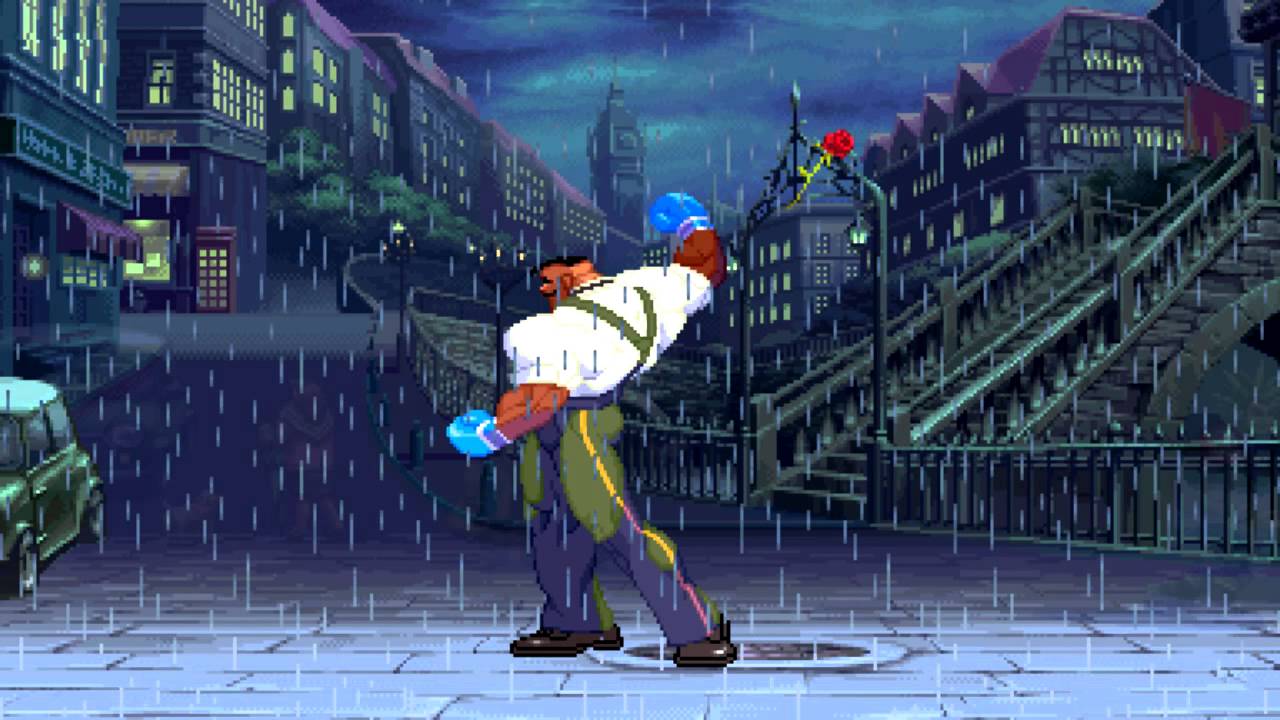 The most gentlemanly fighter in the series, Dudley is almost the polar opposite of Balrog. Beyond the boxing fighting style, Dudley is a classy man who fights with speed and technique over raw power. He’s always looked so cool in motion.

In particular, Dudley reached critical mass during the latter years of Street Fighter IV off the strength of pro player Smug. He pushed Dudley to the limit by performing blistering combos that seemed to go on forever. Even when Smug was using me as a speed bag, I couldn’t help but admire Dudley’s swagger. 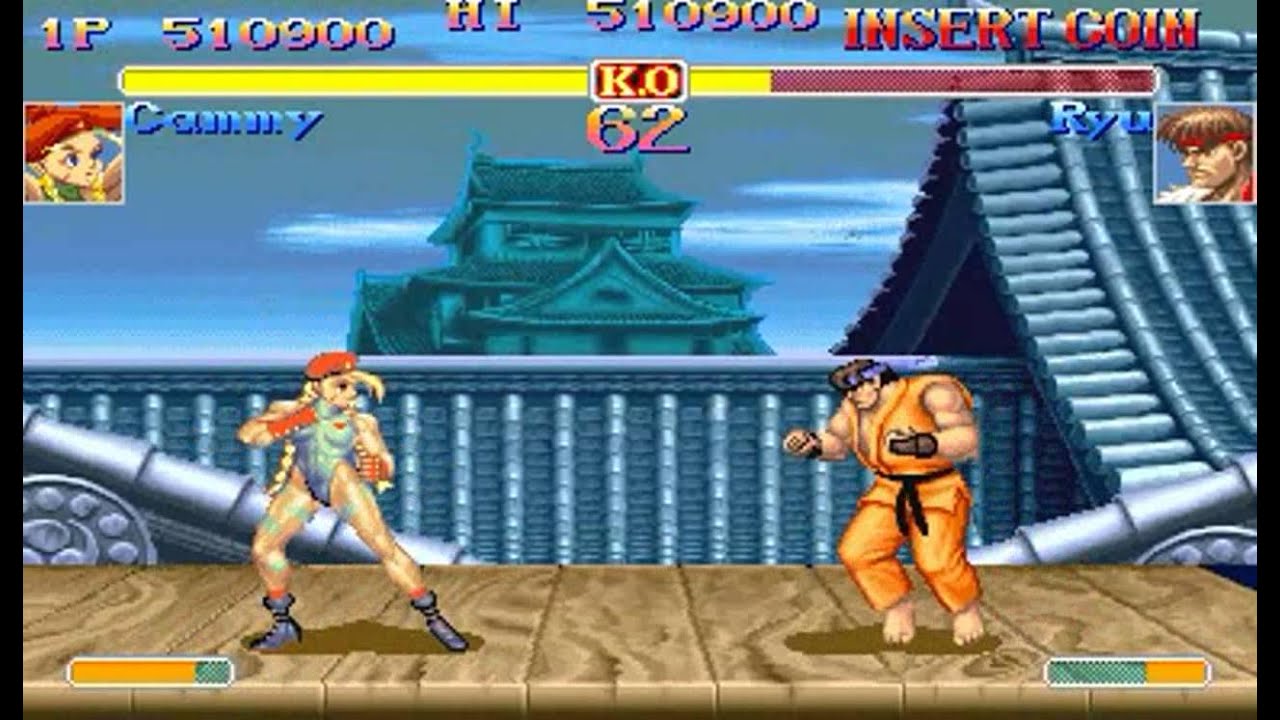 My Cammy fandom hit an apex during her early Street Fighter IV days. Armed with incredible combo potential and an instant dive kick that was patched out of later versions, she was one of the most ferocious and entertaining characters to play as. Being able to perform her coolest combos is the reason why I took my execution to the next level.

The most iconic fighter in all of video games is also one of my favourites. He was my main character in every retro fighting game he appeared in due to his signature moves and all-around effectiveness.

Of late though, he’s been rendered obsolete in modern fighting games through poor balancing and the inclusion of better characters of his archetype, such as Akuma and Evil Ryu. Really hoping that Capcom can find the right balance to make him a worthy competitor again!

Though I missed the Alpha series in its heyday, I always had a fascination for Rolento. I always thought it was so awesome that in a game of fisticuffs, he fought with a stick and used in ways that were more creative than just whacking people over the head with it.

He quickly became my go-to character in Street Fighter X Tekken and a favourite of mine in Ultra Street Fighter IV. Of course, my personal highlight with him was the time when we took out Justin Wong in an online match. I may never beat Justin in any other fighting game ever again, so let me revel in this one!

Akuma will forever stand as the franchise’s ultimate badass. Making his debut in Super Street Fighter II Turbo as a hidden character, he was so overpowered that he’s banned in tournament play in that game to this day. Even though he’s been toned done in every game he’s appeared in, his impressive tool set makes almost guarantees that he’ll be a fierce adversary.

My favourite era of Akuma has to be the early days of Street Fighter IV. He was my main for a few years where I beat up a lot of scrubs and was terrible against anyone who actually knew what they were doing. I even got my first tournament win playing as him. Still, he’s the character that kept me interested in the game until I began to play fighting games seriously.

Rashid is the best new addition to the Street Fighter universe. His parkour inspired moves give him a fluidity that no other fighter has. He effortlessly darts around the screen, either pressing his corners in the corner or mixing them up into a tornado.

I’m pretty down on Street Fighter V at the moment, but he’s such a joy to play. What he lacks in damage he makes up for with a free-form style that seemingly allows you to do whatever you want while looking cool doing it. Someday, with more appearances in other games, there’s a slim chance he could take over the #1 spot.

Far from the flashiest or most interesting character of the bunch, Rose is here because her and I made the journey together from scrub to world warrior in the Street Fighter IV series. When you find the right character, everything just works, and I found a synergy with her that truly brought out the best in me.

When it comes to her move set, I’ll always remember her Soul Satellites fondly. Summoning two orbs that orbit her, they made for an excellent pressure tool or combo extender. I won so many matches with that move that I can’t even count. For all the wins we racked up and the growth I achieved while playing as her, she’s my favourite Street Fighter character hands-down. This may be the farthest from the consensus, but my case for her being at the top of my list is hard to counter.

Who are your favourite world warriors? Let me know in the comments!

One thought on “My Top 10 Favourite Street Fighter Characters”