The only crime Paper Mario really committed in my eyes was that it wasn’t Super Mario RPG 2. Having loved Super Mario RPG on the SNES, I revolted at the thought of Nintendo starting something new instead of continuing that previous adventure. Though Geno and Mallow remain dormant, Paper Mario as a franchise has thrived over the years across many titles. Having never heard a bad thing about the Nintendo 64 original, and having moved on from my bitterness of the past situation, I’m ready to give Paper Mario a fair shot. We’ll be streaming this starting tomorrow!

Wrote a whole post about this one not that long ago. Still haven’t played it. But with a new entry in the Metroid Prime series on the way for the Nintendo Switch, maybe now is finally the time to catch up. 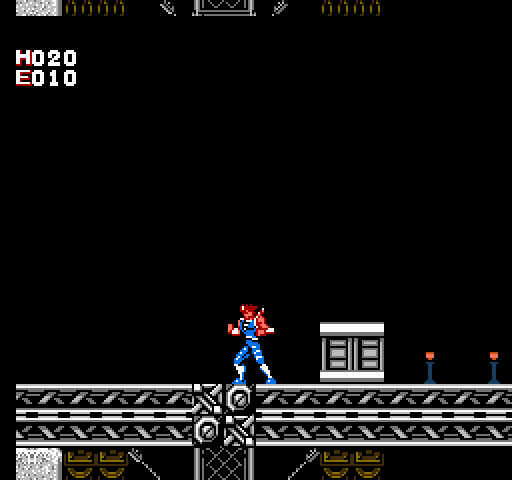 I know Strider best as a character in the Marvel vs. Capcom series, but he’s also the star of his own series of games. Most recently, he starred in Strider on the PS4. I picked up a copy of Strider on the NES years ago at a convention and I think I should give this one a shot eventually. It’s probably something that I could get the gist of in one sitting, so this should take too much effort.

The Legend of Zelda: Majora’s Mask

Coming off of Ocarina of Time, I was immediately off-put by the game’s unorthodox structure. Simply was not ready for that at the time. Still might not be, but I feel like I’m more mentally prepared to take it as is, versus holding its differences to one of my fave games against it.

It’s clear to me that I tend to prefer the more “vanilla” Zelda games. After getting my hopes up with a more realistic-looking tech demo, Nintendo went in the complete opposite direction artistically with Wind Waker. The cel-shaded look has held up well over time, but I was completely devastated that Nintendo abandoned the approach taken in the tech demo. That, combined with an early stealth sequence (my most hated game mechanic), caused me to bump off this game before ever truly giving it a chance. I own the original on Gamecube, as well as the Wii U HD remaster, so it’s not hard to go back if I really want to.

Held in high regard as one of the best games of this generation, I picked up The Witcher III on sale years ago. When the time came to purge my backlog, this is the one game that got spared. Due to its stature, I feel like this is one of those games that I should give a try, just so I know what the hype is about. It’s still sealed in the plastic, and I know it’s a game that’s a billion hours long, but someday…