The concept of streaming games to home platforms is not new. Off the top of my head, Sega was trying to do it in the mid-90s with the Sega Channel, but I know there were efforts even before then. More recently, services like OnLive and PlayStation Now have been trying their hand at the approach.

At the keynote for GDC 2019, Google unveiled Google Stadia, their new game streaming platform. In short, it will allow players to game from any instance of Google Chrome or Chrome OS, running games with modern graphics at resolutions up to 4K, at frame rates up to 60 fps, with almost whatever controller you have. It’s also got deep hooks with YouTube streaming, allowing gamers to stream and interact with viewers in all new ways. All of this will be playable for those in the US, Canada, UK, and Europe later in 2019.

I have some serious reservations about what Google’s promising here. However, my concerns about controller input delay, game library, broadband access, and data caps might be a moot point in the long run. What Google just showed us appears to be the future of gaming.

The appeal of a streaming infrastructure is clear. Having the ability to play my games on any device without any hits to performance is the dream. The Nintendo Switch gives us a taste of what that can be like, and having the benefit of playing my games on a big TV or on the built-in screen while sitting on the train is amazing. Google’s proposed solution would seemingly be the endgame of that approach.

Others have tried game streaming services in the past with mixed results, but Google has a few major advantages over the competition. One, odds are, they’ve already got you. You probably already have a Google account. You’re probably using Google Chrome to view this post right now. If you’re not, you probably already own multiple devices that can run it. Just like that, you can play whatever the high end games are of today and the future without any dedicated hardware costs upfront. At worst, you can buy a Chromecast Ultra for under $100, playing a game on hardware that’s more powerful than today’s consoles and can always scale ahead of what local hardware manufacturers are selling. The barrier to entry is in theory, lower than ever.

Data transfer speeds are a valid concern, but Google has a leg-up on that too. Through all the work they’ve done for other aspects of their business, they already have a massive server network that serves over 200 countries. I’m hyper-sensitive to input timings as a fighting game player, and I will nope out of this as soon as it feels less than ideal. But at some point, speeds will inevitably get there. Google is already one of the first in line with the infrastructure already in place. Microsoft might have it. Sony probably doesn’t. Nintendo definitely doesn’t. 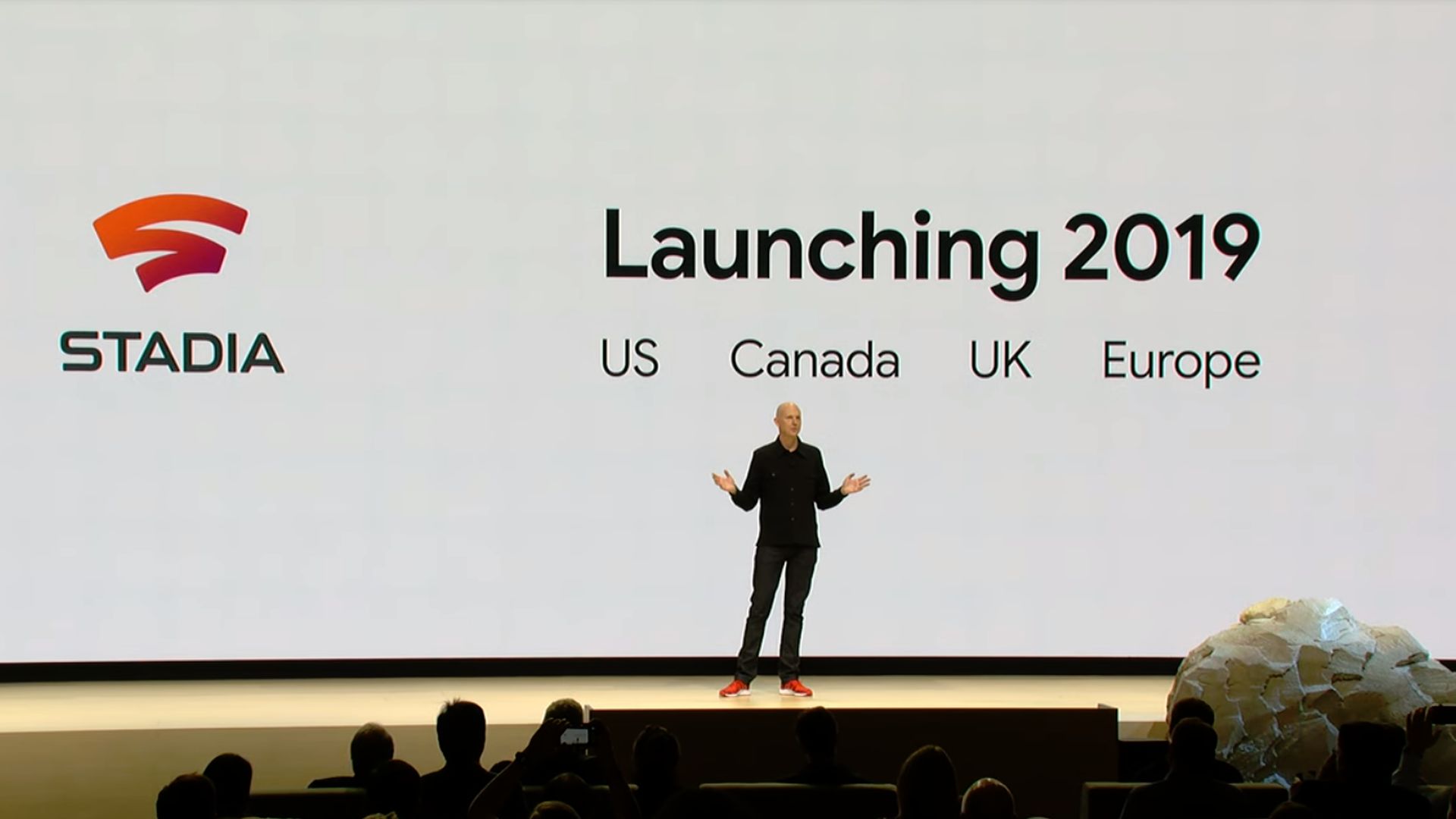 Money and resources aren’t everything. From Google Wave, to Google Plus, to Google Glasses, there are no shortage of Google products and services that failed in spite of the company’s power. Maybe this will fail too. But I feel like they just laid out the blueprint for the future in gaming, and they have the best shot of bringing that vision to life. If they don’t get it, I feel strongly that someone will eventually make a service like this a reality. With Google Stadia coming out later this year in the US, Canada, UK, and Europe, we’ll get a chance to really put their service through its paces.

3 thoughts on “Does the Future of Game Streaming Truly Start Now With Google Stadia?”

Celeste plushies of Madeline and Badeline!? Yaaaaas! What video game plushies do you have?
#airhornx3! Mario/Luigi/Peach/Toad time! Let’s-a-go!
Pretty sure this wasn’t what Nintendo had in mind, but it worked! What outside-the-box solutions have you come up with to overcome a challenge?
lofi hip hop art to relax/study to
🚨STREAM HYPE!🚨
It ain’t over til it’s over!