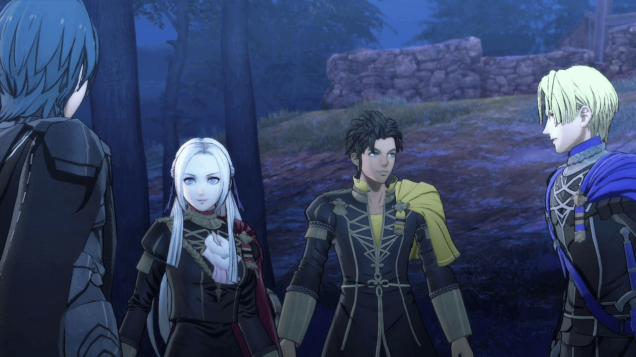 The opening moments of Fire Emblem: Three Houses start out as you’d expect if you’ve had any experience with the franchise. Dropping into a small-scale conflict, the battle is used to introduce you to your own player character and the main protagonists. From there, your party would gradually grow as you ran into new heroes throughout your journey.

This latest entry in the franchise doesn’t do that at all. In fact, it’s essentially the opposite. While this isn’t necessarily a surprise, it did make the onboarding process a bit bumpier than I’m used to.

Since it was first revealed, we’ve known that Fire Emblem: Three Houses was going to feature a different setup. This time, you were taking on the role of a professor at Officer’s Academy, a place for students learning to become warriors. This school is broken up into three different houses, not unlike the four houses in the Harry Potter franchise that make up Hogwarts. 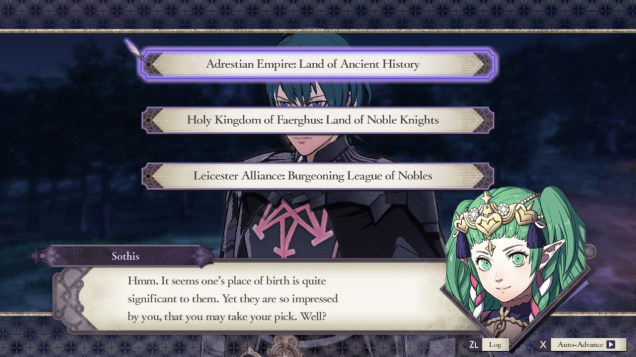 I knew that I would have to choose a house fairly early on. What I didn’t expect was the feeling of overload when the game finally asked me to commit. And it wasn’t just the decision that was cramping my brain.

After that initial battle, you go through a story sequence where you’re taken to the school and appointed as a teacher. From there, you’re unleashed to explore the school. This area is meant to act as your mid-mission hub where you manage relationships with others, your inventory, and more.

In the old games, this hub world was mostly just a series of menus and text. In Three Houses, this is a fully-formed environment, where your character explores the area, talks to NPCs, picks up items, complete side quests, and participate in relationship-building activities beyond just conversations. Some of the ones I’ve seen so far include sharing a meal or singing in the choir. For someone who is so accustom to the old systems, it was a lot to take in. 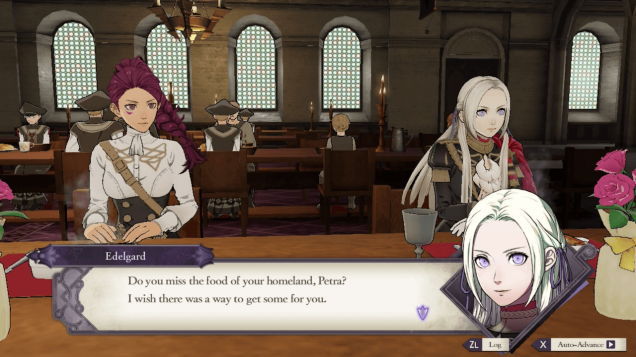 Then you add the game-altering decision to choose a house. Unlike the old games where you have one party that grows bit-by-bit, you’re choosing between one of three parties with 10 or so heroes already in it. I’m thankful that the game is designed in such a way that it gives you some story and gameplay background on every character before you make a decision. You even have the opportunity to talk with them all before deciding. Having all of this at my disposal definitely helped in making an informed choice. Still, the combination of a new structure and a massive decision to make so early was more jarring than I would expect.

For my first pick, I went with the Black Eagles. While I have plans of playing the campaign through with every house eventually, I thought the Black Eagles had the most interest combination of leader and classmates. Claude of the Golden Deer is the most charismatic, but I wasn’t that into his classmates at first glance. I joined the Golden Deer as a female Byleth for my streaming playthrough. As for the Blue Lions, blue is my favourite colour, but Dimitri seems like such a downer. We’ll get to them eventually. Besides, we can recruit students from other houses, so we’ll try and arrange the dream lineup over time. 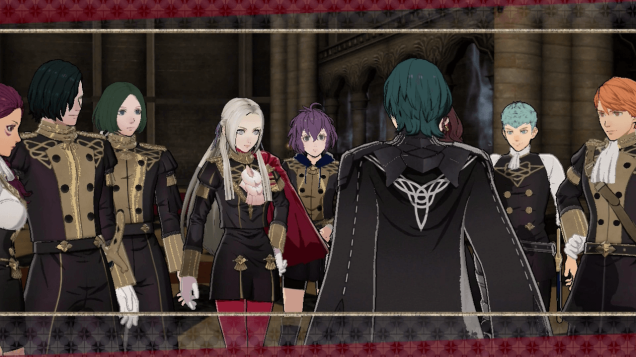 Who did you choose? And how smoothly did you get through the game’s opening sequence? With a lot of Fire Emblem ahead of me, I’ll probably look back and laugh at this post when it’s all said and done. Hope you’re enjoying the game so far!