Though I’ve been flip-flopping on whether to buy a Sega Genesis Mini for quite some time, a combination of good news and a 20% off coupon at a national pharmacy chain pushed me over the edge. Here’s a look at what’s inside the box!

Prominently featured on the back of the box are all 42 games it can play. A ton of heavy hitters are on here, such as the first two Sonic the Hedgehog games, Streets of Rage 2, and Phantasy Star IV among others. It also comes with a previously-unreleased version of Tetris and a fan-made port of Darius. There’s a lot to like about this lineup, though a few major omissions can’t be ignored. Most notably, Sonic the Hedgehog 3 and Sonic & Knuckles are nowhere to be found; presumably due to rights issues pertaining to Michael Jackson’s work on the soundtrack.

Inside the box, you’ll get two wired controllers. Compared to the SNES Classic controller, the Genesis controller has it beat on cable length by about a foot. Appreciate the extra length, but would love to see mini consoles get wireless controllers someday.

Unlike the Japanese release, western audiences get the original 3-button game pad. In most cases, this isn’t a problem. However, the console does come with Street Fighter 2, which requires six to play properly. You can buy the six-button controllers separately, or use the 3-button controller and press start to toggle between punches and kicks.

Haven’t held a standard Genesis controller in a long time, so I can’t fairly compare them. However, based on my distant memory, this feels a bit different. The plastic being used doesn’t quite feel the same, and the travel on the d-pad seems to go a bit farther than I remember it. Will have to get a hold of an original controller to confirm.

The console is powered via USB cable and comes with a wall adapter. You’ll also get an HDMI cable and a small instruction booklet. Nothing fancy here, but we’re about to get to the best part.

Sega went above and beyond with the design of the console. Besides looking like a shrunken down replica of the original, they took the time to replicate some of the physical functionality of the hardware. The cartridge slot opens, the volume slider moves (though it does not impact in-game volume), and the expansion slot underneath opens up. In Japan, you can actually buy a set that includes a replica Sega CD, 32X, Sonic & Knuckles and Sonic the Hedgehog to recreate the full tower of power! 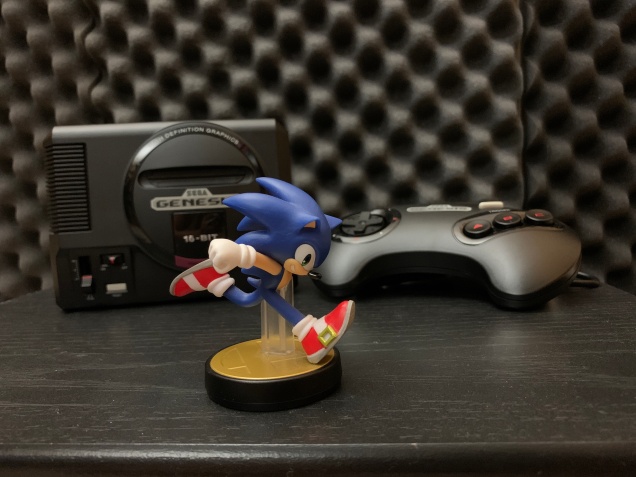 As of writing, I’ve only had a few minutes to actually play with the Sega Genesis Mini. Will report back with my findings when I’ve had more time with it. Stay tuned!