I hate stealth games, but I love Mark of the Ninja

Off the top of my head, stealth games are the only type I actively avoid. I cannot stand how weak your characters are in these games. I don’t have the patience to move at just the right moments. I feel that many games don’t make it clear to the player when they’re in the line of sight. I’m not even above bailing on games I like that have elements of stealth, even if it’s just for a scene or two.

But then there’s Mark of the Ninja. Lurking in the shadows, you have a host of mobility options that allow you to move without feeling limited. The game is very clear in showing players when they’re in or out of sight. You can beat the game without killing anyone, but it does make the process of assassinating your foes a lot of fun if you choose to play that way. Unless there are any more innovations in the genre, this is pretty much the only stealth game I’ll even play, let alone enjoy.

I don’t like walking simulators, but I love Gris

In the past, I’ve made a big stink about how much I dislike Journey. I know that game is so beloved and it moved many to to tears, but all of that is lost on me. To me, it was nothing more than walking from point A to point B while watching my scarf grow along the way. The genre as a whole has done little for me, as the narratives generally don’t hit me all that deeply and the gameplay is usually limited in scope.

Gris succeeded for me in ways that other walking simulators haven’t. Without the use of dialogue, the game tells a beautiful tale about grief. From moment-to-moment, there’s just enough platforming and puzzle-solving to keep me engaged. Also, this short game ends before wearing out its welcome. I may give Journey and other games of this type another chance someday thanks to the positive impact that Gris had on me.

I don’t like Metroidvania-style games, but I love Hollow Knight

As much as I’ve tried to establish my footing with the Metroid games, I inevitably get lost to the point where I can’t proceed anymore. Even though Hollow Knight has one of the most obtuse mapping systems in the genre, I somehow managed to complete that game and loved every minute of it. Once I figured out the rhythm of the game and how its mapping system worked, I rarely got lost. Instead, my focus was centered around enjoying the game’s exploration and combat. Can’t wait for the sequel! 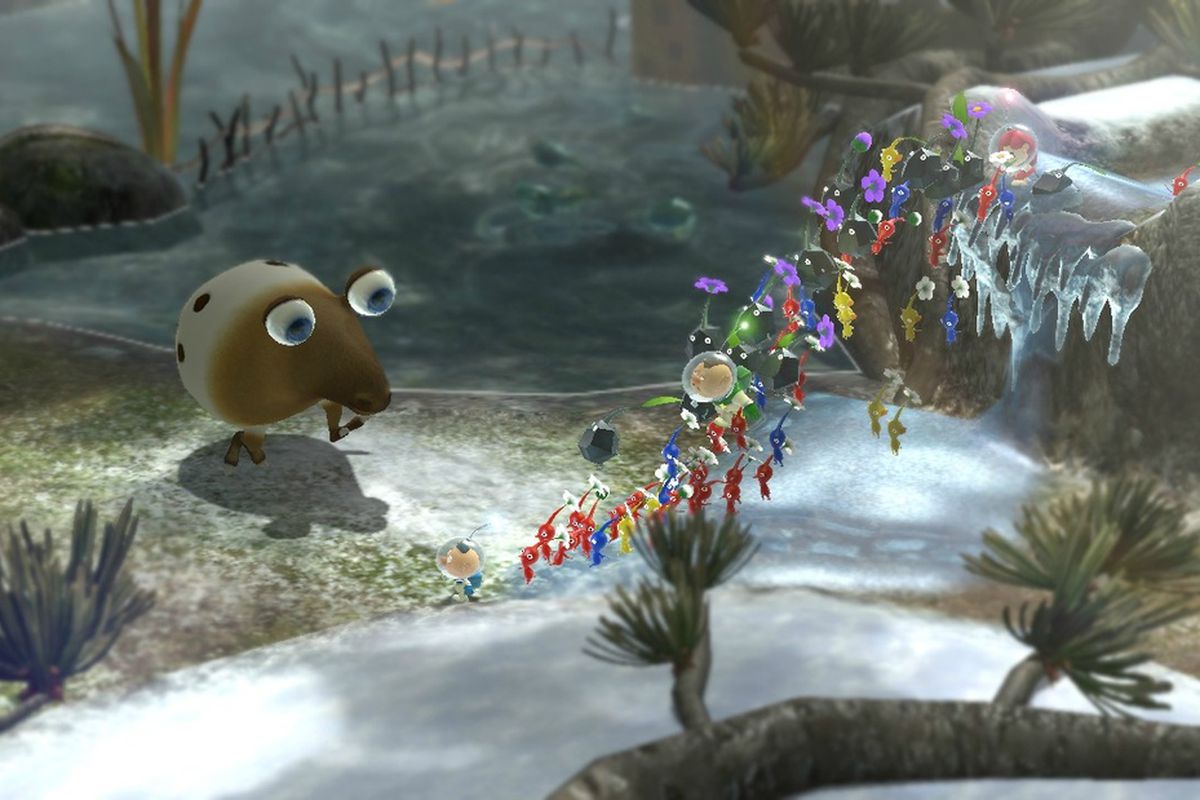 I don’t bother with RTS games, but I love Pikmin 3

With so much happening at once, I can’t even watch someone else play a real-time strategy game without getting dizzy. Pikmin 3 might be a reach in this category, but it technically counts. You manage a group of units with different skillsets in real-time as they complete a series of tasks that will help you get off of this foreign planet. Where Pikmin 3 succeeds for me is that you’re only managing a handful of unit types. Sure, there are hundreds of them, but I’m only really managing three-to-five different functions across a couple of objectives at any point. Not sure if I’ll ever dive deeper into the RTS genre, but I’m still patiently waiting for Pikmin 4!

4 thoughts on “Exceptions to the Rule: Video Games That Defy My General Taste That I Love Anyway”