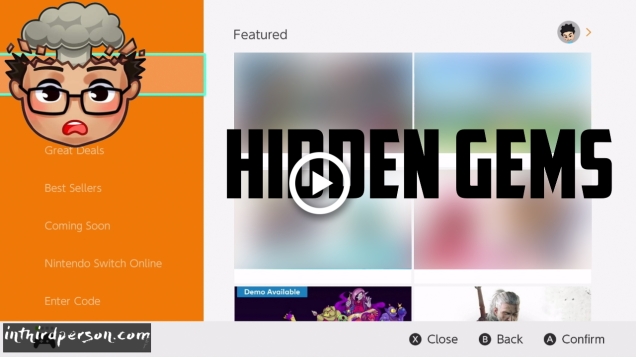 With so many amazing games on the Nintendo eShop, it’s easy for titles to get buried. Especially indies! I take a moment to showcase four amazing Nintendo Switch games on the eShop that you might have missed!

While this technically isn’t my first foray into YouTube content, I’m approaching the challenge with a lot more knowledge and somewhat better equipment. Hoping to establish a steady pipeline of non-streaming video content in 2020! Enjoy!

END_OF_DOCUMENT_TOKEN_TO_BE_REPLACED

Tetris 99 is receiving a physical release later this year. Besides the benefits of having the game in a physical form, it also comes with one year of Nintendo Switch Online and the first Big Block DLC. As someone with a bit of a physical Tetris collection, I love the idea of owning a physical copy of the game. While I’m not as enthused about double-dipping on the DLC, it also does come with an extra year of Nintendo Switch Online, so I think it’s a net positive should I decide to buy it.

Of late, I’ve really started to notice the trend of games starting out on digital before getting physical releases down the road. Not long after the news of Tetris 99 going physical was announced, it was revealed that the brilliant-and-heart-wrenching Gris was also getting a physical release. For players who like physical copies, this release pattern adds another level of calculation before you buy a game.