Are you tired of the Jackbox Party Pack series yet?

Ever since the franchise ushered in the modern era of party games, we’ve received a new entry on a yearly basis. I don’t play these games enough to tire of them, but I would expect that fatigue must have set in for some. Maybe Jackbox Party Pack 6 is the version where the series jumps the shark?

Before I get into each of the games within, there are a few system-level quality of life upgrades that are worth noting. For one, every game supports subtitles. Besides the obvious application of supporting players who have difficulty hearing, this feature worked wonders when playing games over my live stream. Players on the other end of my Discord call can’t hear the audio, but they can keep up just fine by following the subtitles. Another nice feature is the ability to require passwords for your lobbies. During instances where you need to show the screen, but need to allow only certain people in, only those with the password can enter.

Now let’s get to the games! 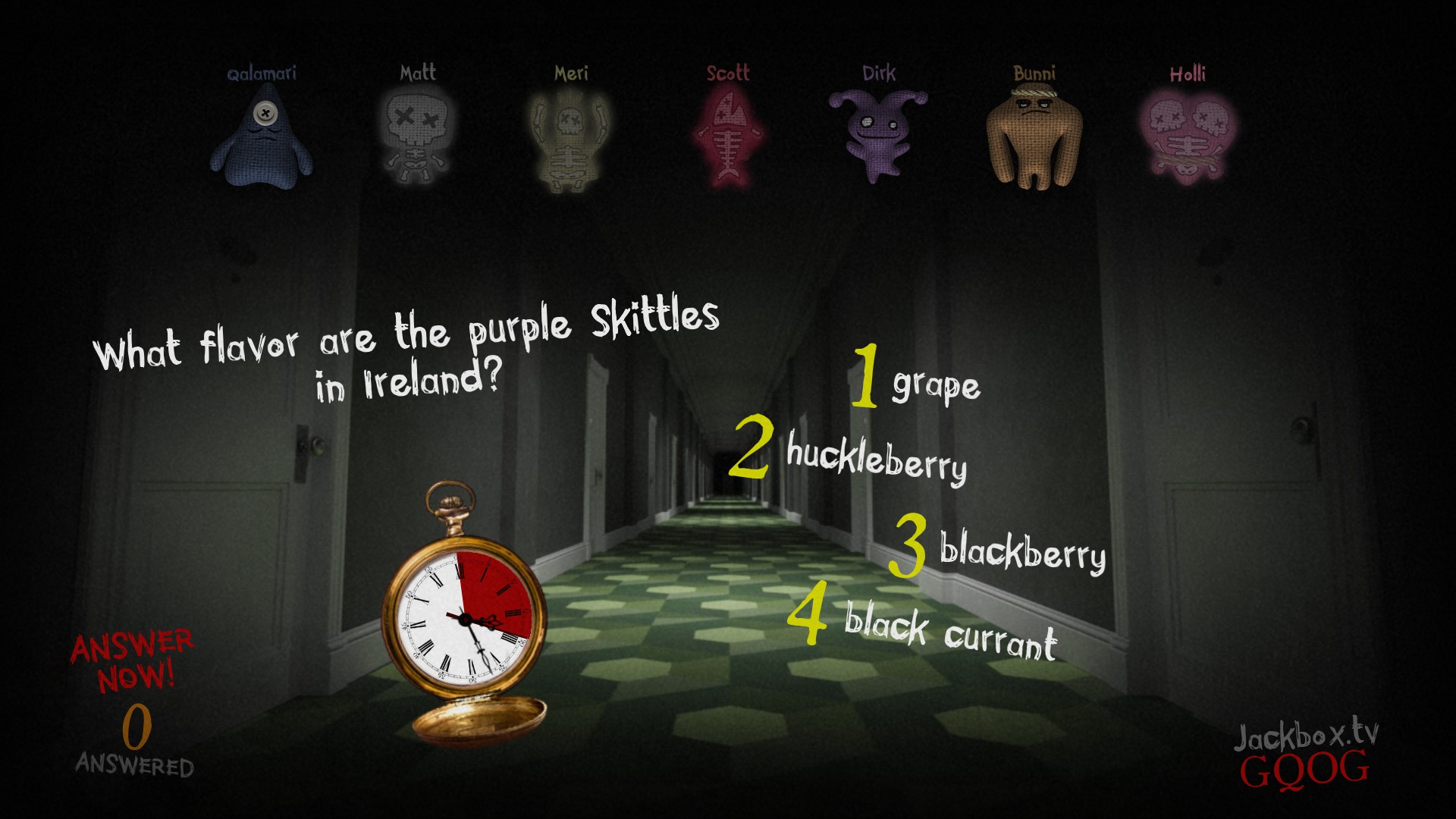 The sequel to one of my favourite Jackbox games doesn’t disappoint. In Trivia Murder Party 2, players are trapped in a Saw-like dungeon where they must answer trivia questions and participate in life-or-death mini games in hopes of being the one who escapes. The sequel retains the horror, humour, and exciting gameplay of the original, while also adding new questions and mini games to participate in. Not the most ambitious sequel in the Jackbox universe, but Trivia Murder Party 2 is still a riot. For non-Americans like me, the ability to disable America-centric questions is a nice touch!

Dictionarium is a word game where players will create fake words, meanings, and then use those fake words in sentences. This one is okay. Thematically, it’s a bit dry, but a group of funny friends can carry this one a long way. I cringed at the idea of playing a game where I have to write jokes, and with somewhat good reason. Using Madlibs as a framework, players will write words that will be used as setups for jokes. From there, the setups are randomly generated and distributed amongst the group, requiring players to finish off each joke. This one felt a lot like the rap-themed Mad Verse City without the rhyming component. All of my jokes were miserable, even if the game is kind of designed to set things up for you as much as possible. Again, your mileage will vary based on those in your group.

If we were Sesame Street, who would be the Elmo of our group? These types of questions are the basis of Role Models. It can get pretty silly seeing who gets voted into each role, though there’s not a lot going on here. Cheap laughs, but I don’t know if this one has legs. 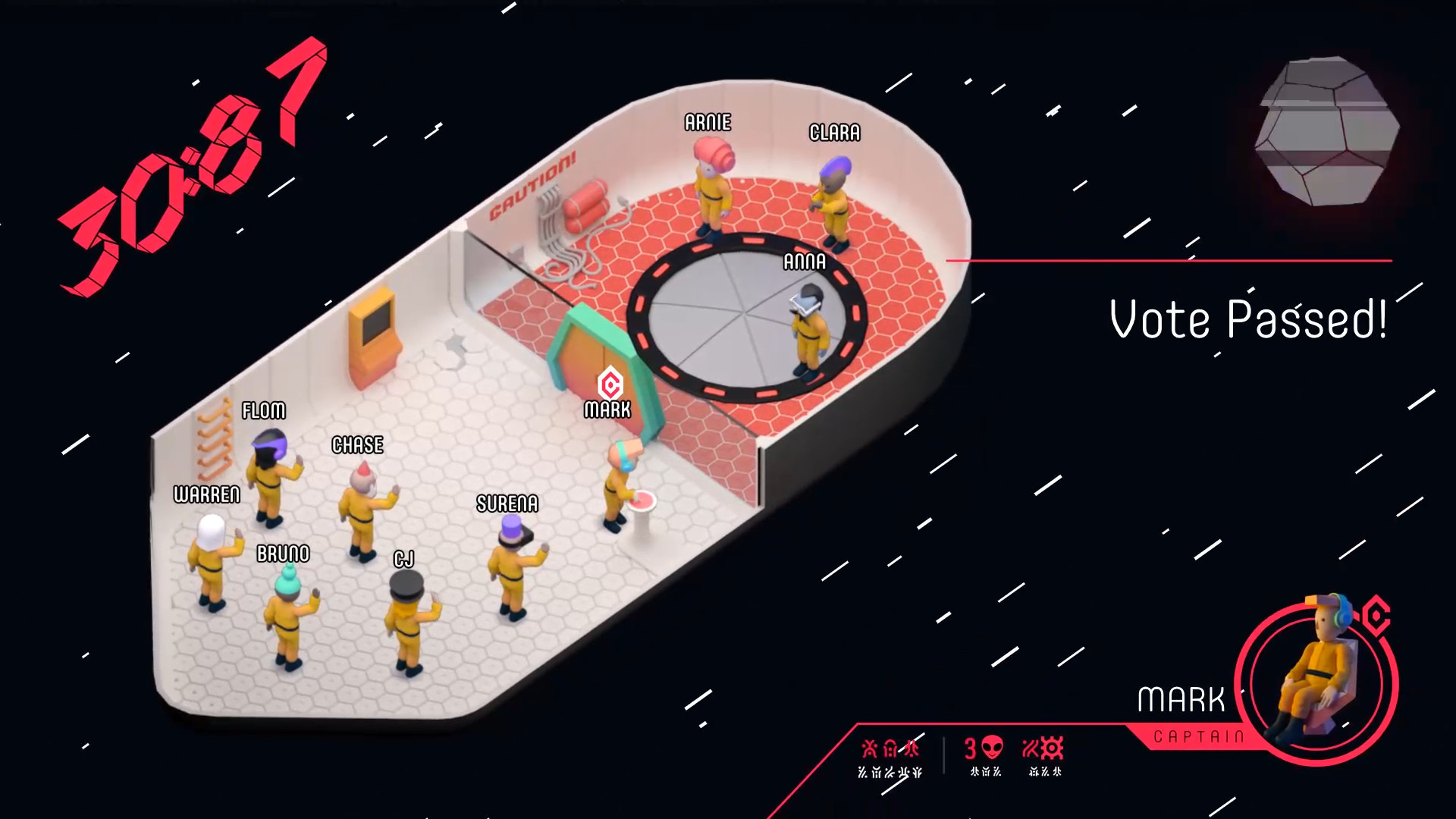 Quite possibly the most complex game in the Jackbox series to-date, Push the Button is essentially a video game version of The Resistance. Some of the players in your group are secret aliens, and the humans must figure out whose faking it by running everyone through a series of tests. Humans will see the actual questions, while aliens will see slightly different questions. As an alien, I hope your answers are close enough so that you won’t blow your cover!

Jackbox Party Pack 6 is an okay addition to the series. Trivia Murder Party 2 is spectacular and I really like Push the Button, but the other three games don’t have quite the same punch. If you’re already deep into the world of Jackbox games and have a thirst for more, this will certainly satisfy that. If you’ve never played one before, there are others in the series you should invest in first. I don’t think we’re at the point of saturation yet with these games, but this one might be a sign that the series is on its way there.